Question: True or false: You have a red phone in your office designated specifically for Gilmore Girls scoops. Any more intel? —Kirsten
Ausiello: False. The phone is Isabelline, to match the color of the Stars Hollow gazebo. As far as fresh intel goes, I carved out an exclusive little AA nugget from my chat with Milo Ventimiglia concerning a showdown between his Jess and Matt Czuchry’s Logan. Specifically, will the Netflix revival treat us to one? “I don’t even know the answer to that one, honestly,” he admitted to me. “I’ve only read up to a certain point.” So, it’s not a yes. But it’s also not a no. By my calculations, that makes it a maybe. Scoop!

Question: Lorelai Gilmore. Give us something. Anything. We’ve been given a finger and we want the entire hand and the coffee it’s holding. Please. —Danielle
Ausiello: I didn’t find Lauren Graham’s “both of you” comment from our recent Q&A as ambiguous as many of you apparently did. I interpreted that to mean that the final four words are going to be delivered by Lorelai and Rory. I could be wrong, but that was my takeaway. 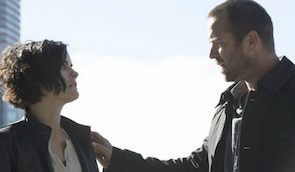 Question: What can you say about NBC’s Blindspot (returning Feb. 29)? How does Jane react to the revelations from the midseason finale? —Heather
Ausiello: We hand-delivered your pressing Q to series creator Martin Gero, and he wrote back: “Hi Heather! The midseason revelation really leaves Jane reeling, trying to make sense of the past, her present and what this means for her future. It reshapes her relationship with almost every character on the show… so, you know, it’s kind of a big deal.”

Question: There is a rumor going around Twitter that Sean Maguire (aka Robin Hood) has quit Once Upon a Time. Is it true? —Linda
Ausiello: That’s an excellent question for me to hand off to Matt Mitovich as he heads north for the show’s 100th episode party. Four out of five doctors recommend hourly visits to TVLine for a person in your predicament.

Question: New Girl is making me appreciate the comedic actress that is Megan Fox — words I never thought I’d type. This season as a whole has been terrific. Any scoop? —Christine
Ausiello: Rumor has it Schmidt’s first name will be making a long-awaited appearance in the season finale.

Question: I’m still waiting for the Mary/Edith twist that Downton Abbey‘s Michelle Dockery told you guys she “wasn’t expecting.” Any idea when that’s coming? I’m a little obsessed over here if you can’t tell. – Madeleine 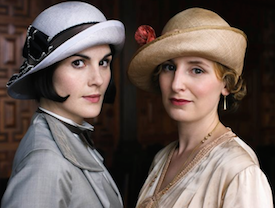 Ausiello: First things first, Maddie: Take a nice, long, deep breath. Feel better? Good, because your wish will be granted on Sunday when the sisters’ long-running feud comes to a boil, resulting in “the row we all knew was coming.” (Those are Edith’s words, not mine.) Both Michelle Dockery and Laura Carmichael turn in powerful performances; it’s a real treat for fans who have watched their characters’ relationship develop (or not) over the years. Of course, that’s just one huge moment from the series’ penultimate episode. It’s a big one.

Question: I’m seeing a lot of rumors that Chris Messina is leaving or has already left The Mindy Project. Any truth? —TVFan
Ausiello: I have seen and heard the rumors as well. A rep for the show, however, insists Messina remains a series regular.

Question: How worried should we be about Andre when Empire comes back? —Amy
Ausiello: Well, based on his body language in Fox’s teaser for Season 2B, you should at least be moderately concerned. Whatever the result of his pregnant wife Rhonda getting brutally shoved down a staircase in the show’s Winter Finale, though, Andre can perhaps look forward to a little more civility between his mom and dad going forward. As showrunner Ilene Chaiken points out, the extended embrace between Cookie and Lucious after Mimi’s takeover of Empire Entertainment was “a very big moment for us, and a reminder of the inextricable bond those two will always share — and rediscover from time to time — especially in moments of adversity.” BONUS SCOOP: Asked about the fate of Adam Rodriguez’s Laz, last seen being “dealt with” by Lucious after betraying Cookie, Chaiken has this to offer: “I wouldn’t assume Laz is dead, but I’d assume that he got hurt pretty badly. And I would say he’s dead to Cookie — you can’t do that to Cookie and expect ever to live another day in her eyes.” 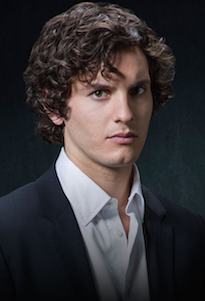 Question: This is the first time I’m writing to you and I love your work. You provide scoops on all my favorite shows. But you have not been covering Jane the Virgin. Any scoop on the show would be awesome. —Huma
Ausiello: Mat Vairo (The Returned, Revolution) has been cast as Rafael’s half-brother Derek, a devilish and mysterious rich kid who dropped out of Pepperdine so he could travel and spend money. “He’s definitely going to complicate Rafael’s life, even though Rafael’s somebody who really does search and yearn for this sense of family,” says EP Jennie Urman of Derek, who makes his debut on Monday, March 7. “So he’s definitely going to be interested in figuring out if he can have a relationship with his brother.”

Question: Got any scoop on Grimm or Arrow? Thanks. —Jen
Ausiello: Let’s do Grimm: Bree Turner tells TVLine that an upcoming episode, focused on beauty and vanity and titled “Skin Deep,” involves a shady plastic surgeon, “very serious prosthetics” and Rosalee in a bit of danger. “They send me in as the guinea pig,” she says, joking. “Michael Golamco wrote that episode. I wrote to him. I was like, ‘Are you trying to tell me something?!'” BONUS SCOOP: We can’t say much about it right now, but look for Wu to have quite a story arc later this season.

Question: Dying to know! Any interesting Grimm spoilers for the upcoming 100th episode, Michael? —Veevysh
Ausiello: Something big happens during the hour that two characters will keep to themselves for a number of episodes. I’d tell you more, but NBC would send Black Claw after me. Or maybe Hadrian’s Wall. At this point, I’m honestly not sure who’s scarier.

Question: Please any news, spoilers, updates on Sleepy Hollow would be greatly appreciated by us Sleepyheads. Thanks in advance. —Justine
Ausiello: Jenny and Crane, who worked together so closely while Abbie was in the catacombs, will still have “little moments” together now that her sister is back in town. “I just think they’re gold,” Lyndie Greenwood tells us. “I love what the writers do with that. You’ll get to see more Jenny-and-Crane stuff, but obviously, we want to get Abbie and Crane back [working together], so that’ll be the focus, hopefully.”

Question: Are we ever going to see Liv’s brother and mother again on iZombie? They had that falling out in the premiere and then nothing! —Abby
Ausiello: A recent episode was supposed to see the return of her sibling Evan and her mom Eva, but “there are a few [storylines] that [fell] by the wayside just because we got so jam-packed,” executive producer Rob Thomas explains, adding that the final six episodes of this season feel “like going downhill on a roller coaster.” Unfortunately, that means the introduction of Liv’s dad also had to be cut. But Thomas says a family reunion “is certainly something that we think — 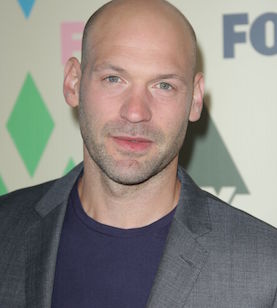 Question: Any scoop on Girls? —Matt
Ausiello: One of the sexiest surprises of Season 5 is the arrival of The Strain‘s Corey Stoll as a renown newsman who comes off like a hybrid of Sex and the City‘s Mr. Big and real-life CNN anchor Anderson Cooper. While Stoll’s chemistry with Andrew Rannells’ Elijah is actually quite sweet, that doesn’t mean there’s not a noisy-funny-awkward-graphic sex scene in his future.

This AAnd That…
♦ Watch Sunday’s Walking Dead live. Or climb under a soundproof, wifi-less rock until you do. Trust me.
♦ Remind me to tell you about the actor/actress whose struggle with Stage 4 narcissism forced TPTB at his/her show to strike all the mirrors from the set.
♦ A possibly magic lamp plays a key role in Castle Episode 17. Rick apparently thinks he can wrangle three wishes out of it. Try to guess at least two of them in the comments. Go.