A major shake-up is underway at ABC.

Paul Lee, who has served as the network’s entertainment president for the past six years, has stepped down, ABC confirmed on Wednesday.

According to the New York Times, which first broke the news, Lee “resigned on Wednesday after losing a power struggle with a higher-ranking executive,” reportedly Disney-ABC Television Group President Ben Sherwood. 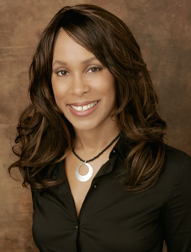 “Channing is a gifted leader and a proven magnet for top creative talent, with an impressive record of developing compelling, breakthrough programming that resonates with viewers,” Sherwood said in a statement. “We thank Paul for his many accomplishments at ABC and his devotion to the ABC brand, and we wish him continued success in the future.”

Added Dungey: “I’m thrilled and humbled that Ben has entrusted me with this tremendous opportunity. And I am truly grateful to Paul for being a valued mentor and friend. I’ve had the great honor of working alongside the talented team at ABC for many years and look forward to starting this exciting new chapter with them.”

Lee’s exit comes as several of ABC’s once-dominant franchises continue to slip in the ratings. Though Grey’s Anatomy is thriving in its 12th season, Shondaland’s Scandal and How to Get Away With Murder both returned to series lows after the midseason hiatus.

Other long-running scripted dramas, such as Castle and Once Upon a Time, similarly have hovered around series lows during the 2015-16 TV season. Midseason filler Agent Carter, meanwhile, fails to merit numbers commensurate with its acclaim, trending down each week since Season 2 opened.

On the plus side, under Lee ABC has won praise for his emphasis on diversity (with shows like Quantico, black-ish and Fresh Off the Boat) and for supporting modest-performing critical darlings (see: Agent Carter, Galavant and American Crime).

“Leading ABC has been a fantastic experience,” Lee said. “I’m especially proud of the incredible team I built and the strategic, creative vision we established and successfully executed for both the network and studio. Together, we’ve transformed ABC into one of the strongest brands in television.”