Knock a witch down and she’ll just get right back up.

After being expelled from Marina’s group of hedge witches, The Magicians‘ Julia is understandably “a little angry and discouraged” in Monday’s episode (Syfy, 9/8c), her portrayer Stella Maeve tells TVLine. But she’s not giving up on her quest to learn the ins and outs of spellcasting. 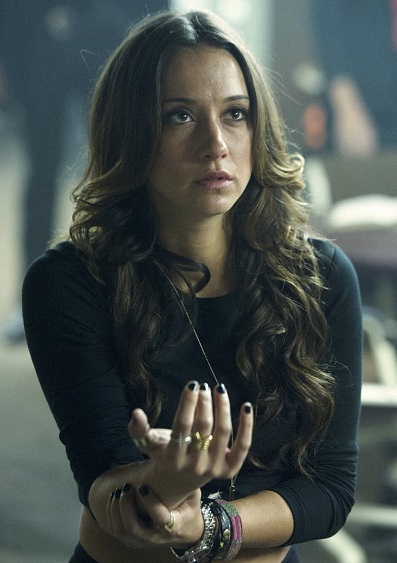 “She knows what she wants, and she’s used to getting it,” the actress notes. “Now she hasn’t gotten it for the first time in her life. I don’t think she’ll stop without a fight. In fact, she won’t.”

However, it won’t be an easy journey given the “hurdles” ahead of her, not the least of which is the fact that she’s now on her own, sans a teacher. While Julia found a sense of belonging under leader Marina’s tutelage, Maeve doesn’t think this is a case of a student wanting to emulate her mentor. (Best to probably not mention that when the two “cross paths again” in an upcoming installment.)

“Marina is not a good person. [She] is powerful and angry,” Maeve explains, revealing that viewers will get to see “a different side” of the character at the end of the season. “Julia learns from Marina what she doesn’t want to be like. As much as Julia wants the power and the ability to practice magic, I don’t think she ever wants to be running a bodega downtown in the dirty, grimy city. Julia’s got a different plan for herself.”

Could she find an ally in fellow hedge witch Pete, who has shown an interest in 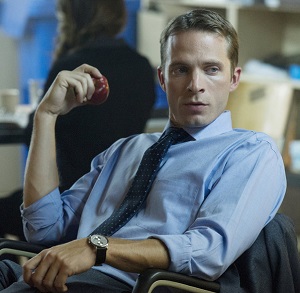 the newbie magician? “We’d like to think that, wouldn’t we?” Maeve replies with a laugh. “At this point, Julia’s really on her own. Julia doesn’t really have any allies.”

Well, she does have a sweet, normal boyfriend, whom she convinced that her weird behavior is due to a drug addiction. But will he continue to buy that cover story? Teases Maeve: “You’re going to get to see the results of what happens [between them] in the next episode.”