Showtime is amping up anticipation for its forthcoming comedy Roadies.

The network on Friday announced that the music-infused project from Oscar-winning writer Cameron Crowe (Almost Famous) will premiere on Sunday, June 26 at 10 pm. J.J. Abrams serves as an executive producer.

Per the official logline, Luke Wilson (Enlightened) and Carla Gugino (Wayward Pines) lead an ensemble effort about the “reckless, romantic, funny and often poignant lives of a committed group of ‘roadies’ who live for music and the de facto family they’ve formed along the way.”

Watch the trailer above (featuring the song “Hard Sun” by Pearl Jam’s Eddie Vedder), then feast your eyes on the first cast photo below (click to enlarge): 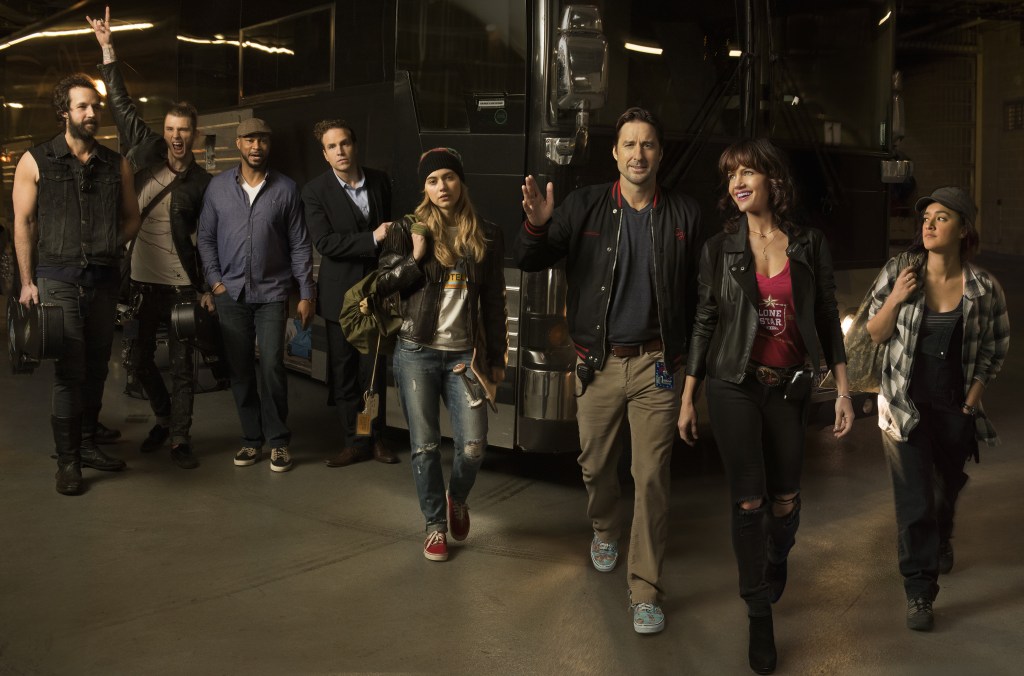 Does Roadies sound like your jam? Sound off in the comments.