As TVLine reported last month, the Los Angeles-set installment reunites Nathan Fillion with onetime Firefly co-star Summer Glau, who guest-stars as a provocative P.I. that competes with Rick to solve a deadly mystery. The hour also features TV vet Gerald McRaney as the head of the legendary, secretive Greatest Detective Society (aka The G.D.S.), of which Glau is a member.

The episode’s outsized premise and enviable guest roster triggered speculation that ABC was testing the waters for a rejiggered Season 9 in case either Nathan Fillion or Stana Katic don’t re-sign. The chatter intensified when network president Paul Lee recently confirmed that “there are a lot of conversations going on” about how to extend Castle’s longevity.

Lee, though, would not disclose which particular avenues are being explored for any possible Castle Season 9. “I don’t want to give a glimpse to what those ideas might be,” he said, “but I’m feeling optimistic that we’ve got some good ideas.”

Scroll down and check out two more exclusive images from the Alexi Hawley-penned episode, and then hit the comments with your own theories and snappy judgements. 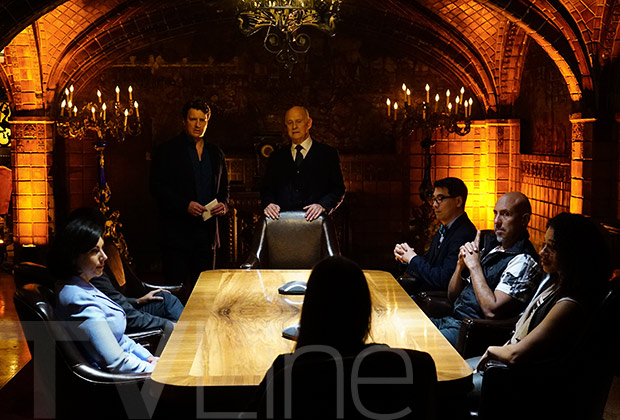 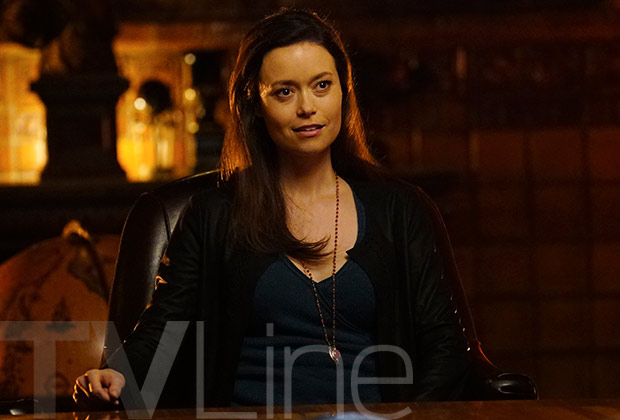