We’ve got questions, and you’ve (maybe) got answers! With another week of TV gone by, we’re lobbing queries left and right about shows including The Originals, Supergirl, The X-Files and The Big Bang Theory! 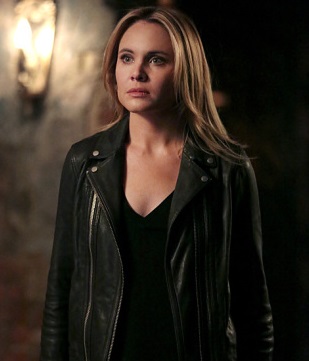 1 | On The Originals, does it feel like Cami had a personality transplant when she became a vampire, rather than her emotions just being amplified?

2 | Did you suspect that Sleepy Hollow‘s Sophie had an otherworldly incident in her past?

3 | Is it safe to assume that Saturday Night Live only booked The 1975 as musical guest because the show premiered in that year?

4 | Though it would have been a slap in the face to Stephen Colbert, might it have served CBS better to air The Late Late Show immediately after the Super Bowl, seeing as it had considerably more energy than Late Show‘s live episode?

5 | Is the security at Supergirl’s DEO as lax as that at The Flash’s S.T.A.R. Labs? And why didn’t anyone cage (or at least stomp on) that Black Mercy once Kara was free?

6 | Did Scorpion’s intense earthquake episode positively scream “Should have aired after the Super Bowl instead of a talk show”? Was Paige, a mom, perhaps not the best choice to risk her life to save the cab driver from multiple manners of death? And speaking of her son, wouldn’t you tune in for a buddy comedy spinoff starring Sylvester and Ralph? 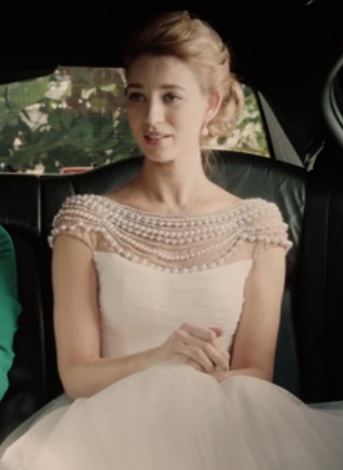 7 | Is Petra’s wedding dress from Jane the Virgin the prettiest one you’ve ever seen on TV?

8 | Who else howled with laughter upon realizing that Crazy Ex-Girlfriend was committed to having Paula and Scott recite the entire theme song — followed by the mid-show appearance of the title card?

9 | On The X-Files, what’s your theory on why Charlie is estranged from the rest of the Scully clan? And why did Dana have her brother, whom she’s always called “Bill,” listed as “William Scully Jr.” in her phone? 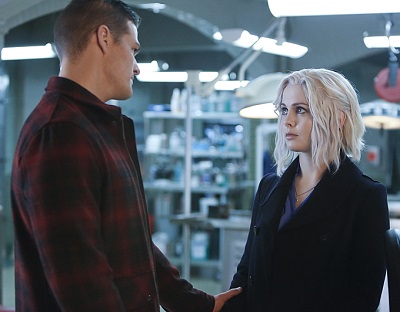 12 | TVLine reader Linda asks: “Where did Barry get The Flash’s suit [when on Earth-Two]?” And which doppelganger thus far has been most surprising? Lawton with the lousy aim?

13 | So, how do we think iZombie is going to tragically break our hearts with Liv and Drake?

14 | As fun/silly as it is, does Limitless sometimes lose you with its dalliances in over-the-top next-gen tech/science, such as disembodied “stolen minds”?

15 | If there was an Emmy for best physical comedy, would New Girl‘s Max Greenfield have the competition beat following his Drumline routine?

16 | Had the idiot prison guards who unknowingly allowed contraband to be smuggled in via lasagna in the SVU/Chicago P.D. crossover never seen a prison escape on TV?

17 | After this week’s Arrow, do you think the “him” responsible for the death in the flash forwards — aka the one whom Oliver has to kill — is not Damien but Malcolm? On a related note, how pissed will you be if this season doesn’t end with the former Demon’s Head’s death? Lastly, how/why did Felicity not tell her fiance Oliver straight away that her long-lost father had resurfaced?! (And Donna got looped in even later!)

18 | Were you bummed that American Crime‘s confrontation between Terri LaCroix and Anne Blaine was so short? (A waste of the mega-talented Regina King and Lili Taylor, wasn’t it?)

19 | If Big Bang Theory‘s Bernadette knew she was [spoiler], wouldn’t it 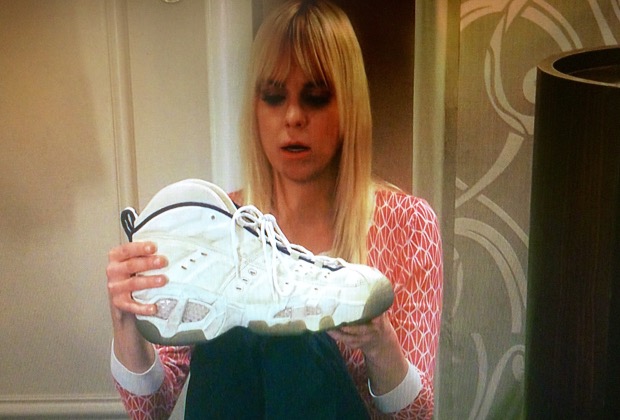 have been irresponsible to get in that hot tub?

21 | Does Legends of Tomorrow‘s magic “translator pill” feel like a cheat? And were you surprised it wasn’t used to more comic effect?

22 | Are Grey’s Anatomy fans to surmise that Jo turned down Alex’s proposal? And that’s why Mer was urging him to go see her at the end?

23 | Did you quietly applaud there on your sofa when Scandal’s Fitz didnt take Olivia’s call?

24 | Who’s the genius that keeps scheduling the Democratic Debates on Thursday nights opposite the likes of Big Bang Theory, The Blacklist and #TGIT?

25 | That Prius/Super Bowl commercial sure wore out its welcome quickly, huh? Has it been the most overplayed spot from the Big Game?