Now that we’ve seen what Stefan will be up to in New Orleans during The Vampire Diaries‘ upcoming crossover with The Originals, let’s have a look at what’s happening back in Mystic Falls.

TVLine has an exclusive set of photos from the Feb. 26 episode (The CW, 8/7c), which includes our first look at Mouzam Makkar (The Following) as Alex, the head of a mysterious new organization known as “The Armory.”

As executive producer Caroline Dries recently told TVLine, Alex has “ties to Enzo’s backstory,” so it should come as no surprise that the two are seen chatting it up in our first-look photos.

“As [Enzo is] trying to find his place in the world, [Alex] comes in and says, ‘Let me help you out with that,'” Dries explained. “Is she good? Is she bad? What’s her bigger agenda? We’ll pull back her layers as the season goes on.”

Check out our exclusive sneak-peek photos — one is above, the other two are below — and drop a comment with your hopes for the remainder of Season 7. 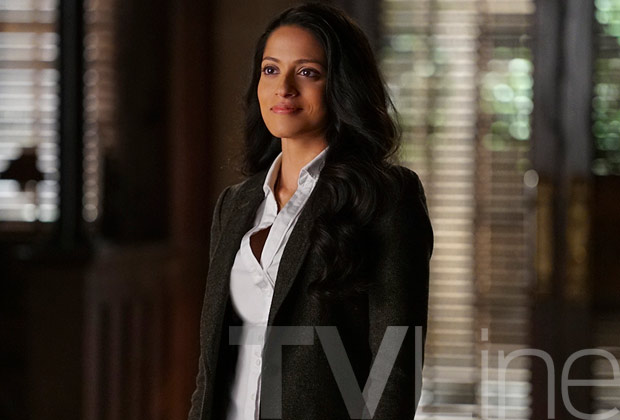 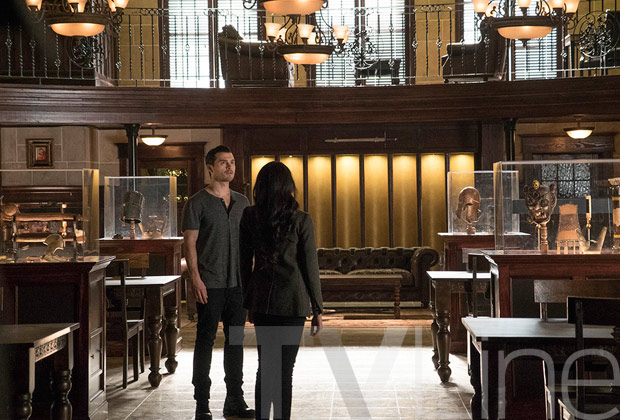