Let’s face it: We’ve all had those really crummy days when we’ve wished we could go back to our childhoods — that glorious time when there was virtually nothing to worry about before adult life knocked us on our butts.

The next time you’re feeling that way, though, you might want to pause and consider what happened to Kara Danvers when she went back to a more idyllic time: near-death via telepathic parasite.

Picking up where last week’s installment of Supergirl left off, Monday’s episode finds Kara under the spell of said parasite, the Black Mercy, which has put her in something akin to a coma: She won’t respond to outside stimuli, but her brain is way active, conjuring life-like hallucinations that put Kara back on Krypton with her family (including a young Kal-El, whose portrayer, Daniel DiMaggio, could give Jacob Tremblay a run for his money in the Precocious Child Actor category).

As we all should have suspected, Non is the one to blame for Kara’s Black Mercy-induced sleep, seeing as he, Astra and the rest of their minions plan to launch an initiative called Myriad that will have massively negative effects for all of humanity. (We never learn what exactly those effects are, but let’s just assume they’re all terrible.) 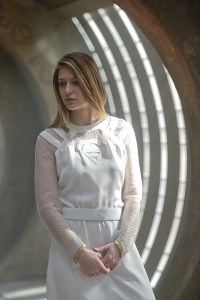 At first, Kara realizes that her return to Krypton is all just an illusion — but the longer she stays in her fantasy world, the more her memories of Earth start to slip away. The only way for Kara to come back is for Alex to merge her own consciousness with her sister’s, enter the alternate reality herself and convince Kara to return home (easier said than done, considering Kara has almost completely forgotten about her human family by the time Alex arrives in faux-Krypton).

Ultimately, Alex is able to persuade Kara to wake up and get herself back to Earth — even the iciest of hearts would have thawed during Chyler Leigh’s powerful pain-is-a-part-of-life monologue, right? — but once she regains consciousness at the DEO, Kara’s battle is only half-over. Now, she’s got to track down Non and kick his booty all over National City, all while attempting to prevent whatever the Myriad mission might do.

The good news: Even though Non lives to fight another day, Supergirl is able to stop him before he causes humanity any serious damage.

The bad news: While Kara, Alex and Hank (who has hulked out into his true J’onn J’onzz form) try to ward off Non and his henchmen, Astra continues to pose a threat of her own — that is, until Alex kills her with a Kryptonite-filled sword through the chest. (“Yay!” says an exhausted Laura Benanti somewhere in the distance.) Before Astra takes her last breath, though, Kara tries to get some information about the Myriad initiative before it’s too late. Astra’s response? “It already is.” Not ominous at all, right?

But don’t be too concerned that Alex’s decision to off Astra will hurt her relationship with Kara; after witnessing the Danvers sisters’ strong bond all day, Hank decides to preserve it by lying that he was the one to kill Kara’s aunt, ensuring that Kara gets to cap off her night with pot stickers, ice cream and no resentment toward her sis.

With that, I turn it over to you. What did you think of Monday’s Supergirl? Hit the comments and tell us!