Just hours after announcing his retirement on Twitter, (former) WWE Superstar Daniel Bryan made good on his promise to further explain the terms of his exit during USA Network’s Monday Night RAW.

Speaking in his home state of Washington, Bryan addressed the stadium of screaming fans, as well as the millions of WWE fanatics watching from home. His mantra of choice? “I am grateful.”

Read excerpts of his speech below:

“The truth is, I’ve been wrestling since I was 18 years old, and within the first five months of my wrestling career, I’d already had three concussions. For years after that, I would get a concussion here and there … and then it gets to the point when you’ve been wrestling for 16 years, that adds up to a lot of concussions. It gets to a point where they tell you that you can’t wrestle anymore. For a long time, I fought that, because I’d gotten EEGs and brain MRIs and neuropsychological evaluations, and all of them said this: I was fine, and I could come back and wrestle.

A week and a half ago, I took a test that said maybe my brain isn’t as OK as I thought it was. I have a family to think about; my wife [WWE Diva Brie Bella] and I want to start having kids soon.

It is with a heavy heart and the utmost sadness that I officially announce my retirement. I’ve gone through all these complex emotions in this last little bit. I’ve been angry, I’ve been sad, I’ve been frustrated … but today, when I woke up this morning, I felt nothing but gratitude. I have gotten to do what I love for nearly 16 years.

We do this because we love to do this. It’s strange … I did this because I love to do this, and then all of a sudden, you guys got behind me in a way I never thought was possible — in a way that fans shouldn’t necessarily get behind the guy who’s 5′ 8, 190 pounds. … For that, I’m grateful. I’m grateful because a little over two years ago, in this very arena, you guys hijacked RAW.

Because of wrestling, I got to meet the most wonderful woman in the world. She’s beautiful, she’s smart and she completes me in a way I didn’t even think was possible. And that’s because of wrestling. I am grateful.

Tomorrow morning, I start a new life — a life where I am no longer a wrestler. But that is tomorrow. And that is not tonight. And by damn, I have one more night to feel this energy and to feel this crowd. So if I could just get one more ‘Yes!’ chant, I would really appreciate it.”

Needless to say, the fans obliged.

Bryan’s statement, which sent the three-hour affair into overtime, was part of a night-long tribute to his lengthy career in the WWE. With the help of a video series highlighting the athlete’s most memorable moments, #ThankYouDanielBryan remained a top Twitter trend throughout the night.

Your thoughts on Bryan’s retirement? Did his clarification leave you with any burning questions? Drop ’em all in a comment below. 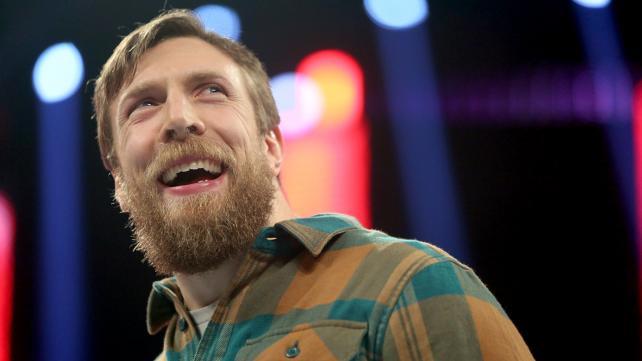