We’ve got questions, and you’ve (maybe) got answers! With another week of TV gone by, we’re lobbing queries left and right about shows including Gilmore Girls, American Crime, Supernatural and Younger!

1 | If Undateable gets renewed for Season 4, would it be too much to ask for “TV’s Scott Foley” to pop-in every week? Also, what joke from the finale’s East Coast airing had to be dropped from the West Coast staging “for legal reasons” (as Bill Lawrence shared on Periscope)?

2 | Of all of Grease: Live‘s impressive technical accomplishments, did anything match Wendell Pierce and his fellow supporting players in Golf Cart No. 2 smiling and singing as their vehicle hit a curb and almost toppled over during “We Go Together”? Did you need a moment after Aaron Tveit’s performance in “Greased Lightning”? (And then again, after those short shorts?)

3 | We get that The Good Wife‘s Alicia and Zach are currently estranged, but what possible reason did she have for saying she wasn’t sure she liked her kids, plural, during her breakdown to Quinn — especially given what a pillar of support Grace has been over the last year?

4 | On Madam Secretary, do the McCord kids take turns being terrible? Stevie’s finally acting like a human being, but now Jason is a sanctimonious jerk to his dad? Is it Alison’s turn next? 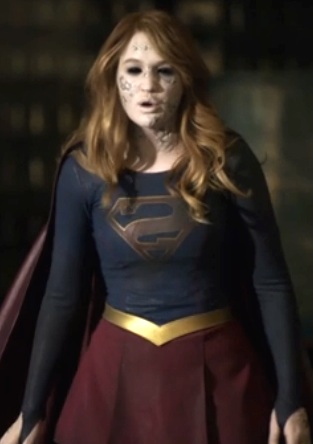 5 | Did Supergirl explain why Bizarro’s crest suddenly switched to a backwards “S” (as it should be, per DC Comics lore)? Did the Kryptonite attack alter her wardrobe? And how did James not at least get singed, given how close Bizarro’s flames were to his face? 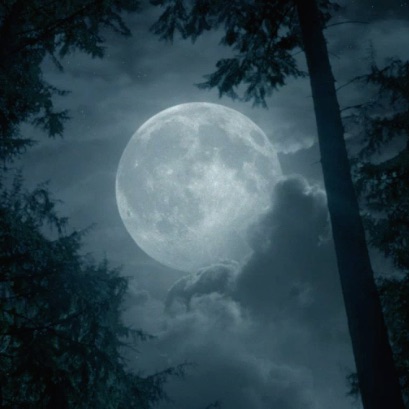 7 | The X-Files‘ impossibly close moon: Chalk it up to one of sci-fi show’s creative liberties? Or the moon-gazers’ stoner state?

8 | If it’s over 15 years later in NBC’s Cruel Intentions pilot, why is Kathryn still vying for control of Valmont International? Is she a school administrator now?

9 | Which Gilmore Girls character do you not want to see return for the Netflix revival? (Are we all agreed there’s no need for April Nardini?)

10 | On Agent Carter, how convenient is it that the ever-expanding “zero matter crack” in Whitney’s head thus far can stay hidden by her movie-star hair?

11 | If The Flash‘s Harry is looking to stealthily construct and attach to Barry’s suit a speed-sapping device, should he maybe not attach brightly blinking lights to it? Also, was Iris’ argument to Wally flawed, as if Francine’s medical bills would magically vanish because she died?

12 | Did all the hook-ups on iZombie — Peyton and Blaine?! Liv and Drake?! — leave you hot and/or bothered? And in addition to Kristen Bell’s voice cameo, did you catch the other Veronica Mars connection: Leonard Cohen’s “A Thousand Kisses Deep,” which was also played on the late UPN/CW series? 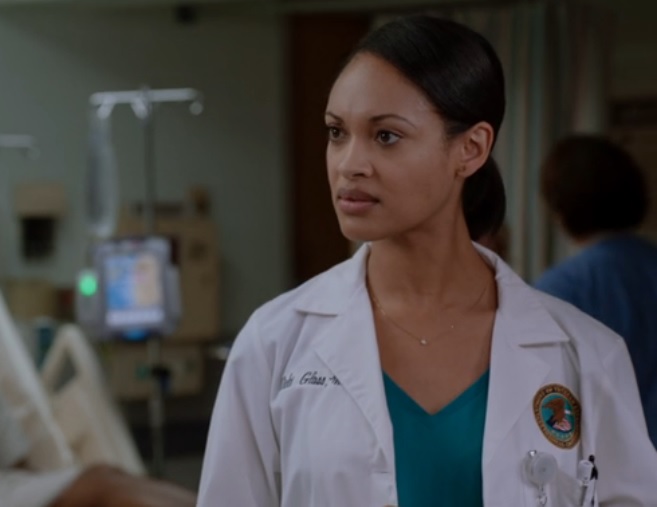 14 | Tommy Merlyn, now Amanda Waller… Which deceased Arrow character should show up on Chicago Med next? And did anyone notice that two new NBC drama moms — Chicago Med‘s Natalie and SVU‘s Rollins — this week made nearly the exact same call home (“Enough milk?”) to check on their kiddos?

15 | We love Zooey Deschanel. And we can’t wait for her to return to New Girl. That said, what do we make of the fact that the show is turning out some of its funniest, most heartfelt episodes without Jess?

16 | The culmination of that Girlfriends’ Guide to Divorce birth scene: Did you suspect the baby wasn’t Jake’s all along? (We didn’t!) 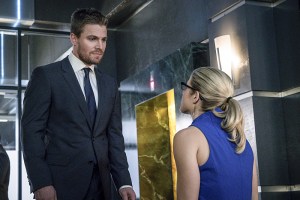 Arrow‘s Oliver explaining away to Felicity his frequent trips to Central City? And shouldn’t he have been more worried about parkouring after a criminal when not wearing his Green Arrow suit?

18 | Couldn’t this week’s Supernatural have easily served as a backdoor pilot for a female-driven spinoff series that you’d totally watch?

19 | How many of you Younger viewers Googled “truffle butter” and lived to tell the tale? (Some of us at TVLine did, while others are too scared to look it up.)

21 | When watching American Crime, do you feel a need to take a shower after each time Felicity Huffman’s character speaks? And what do you think of the show flashing to black to “bleep” curse words?

22 | Could American Idol please release video of Jessica Cabral’s Dolby Theater showcase performance — so we can understand why the heck the season’s most consistently sublime vocalist got cut in the “Green Mile”? And is the show overestimating how much we care about the blossoming friendship/puppy love between an 18-year-old and 15-year-old contestant? 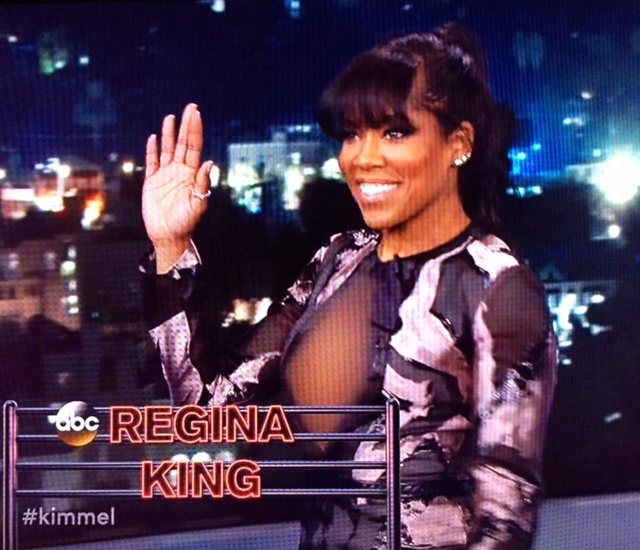 23 | What was going on with Regina King’s neckline that the Jimmy Kimmel Live promos so clumsily blurred it out?

24 | On The 100, we all knew Bellamy’s random girlfriend was doomed from the first moment we met her, right? And was the show hasty to blow up Mount Weather, or does it A) solve the problem of “Um, why don’t they just live there, indoors?” as well as B) make room for new sets.

25 | Is that Subway commercial really asking us to believe the sandwich shop employs ascot-wearing chefs?