A Killing star meets a killer in this first photo of Joel Kinnaman on Netflix’s House of Cards.

Kinnaman has boarded Season 4 of the Netflix drama in an undisclosed role, though in the photo below we can discern this much: He’s a guy who warrants face time with the mighty Frank Underwood (played by Kevin Spacey).

Other mystery-encrusted castings for Season 4 (premiering March 4) have included Neve Campbell (Party of Five) and Colm Feore (The Borgias). 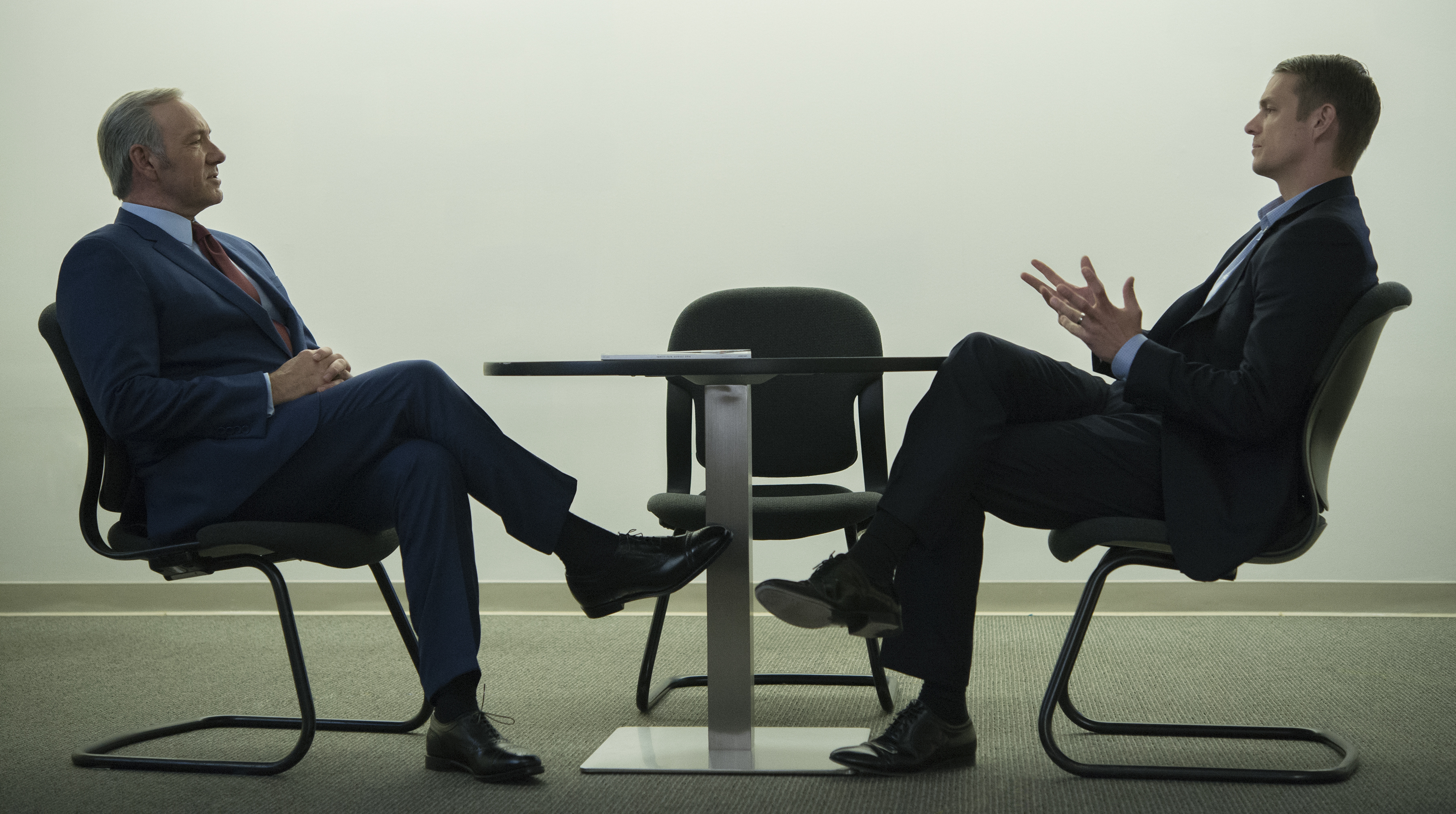