General Hospital is about to employ the cardinal rule of soap operas: Just because your character is dead doesn’t mean you’re out of a job.

In a video posted Tuesday, GH executive producer Frank Valentini announced that Michael Easton — whose Silas Clay was killed off in August — will return to the series.

No word on who Easton will play when he gets back to Port Charles, but Valentini promises in the above video that he’s “got something great” in store for the actor.

* Tanaya Beatty (The 100, Continuum) has joined The Night Shift‘s upcoming third season in a series-regular role. Per The Hollywood Reporter, she will play Shannon, a spunky, outspoken med school graduate recruited by Dr. Alexander, who was impressed by Shannon’s volunteer work at the reservation clinic.

* HBO announced Tuesday that its TV movie Confirmation — about the controversial Supreme Court nomination hearings for Clarence Thomas in 1991 — will air Saturday, April 16, at 8/7c.

* Dennis Quaid (The Art of More), Parminder Nagra (The Blacklist), Michelle Fairley (Game of Thrones), Robert Sheehan (Misfits) and Ken Stott (The Missing) have joined the Season 2 cast of Pivot’s drama Fortitude. The second season — which premieres this fall — revolves around a new murder that shakes up the titular arctic town.

* Starz has released two new photos (embedded below) from the set of Blunt Talk, which has begun production on its 10-episode second season. Premiering this fall, Season 2 will focus on Walter’s (Sir Patrick Stewart) reunion with an old flame (In Plain Sight‘s Lesley Ann Warren), who leads him into a web of intrigue affecting the future of Los Angeles. 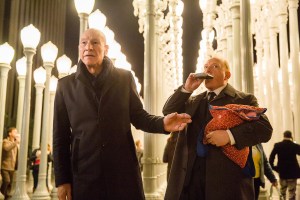 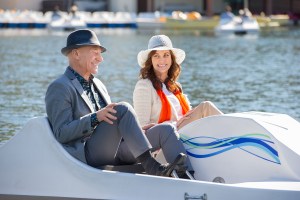