ABC’s Galavant wrapped its sophomore staging this Sunday with a war involving not three but four armies, a bit of dark (dark) magic and, when all was said and done, happy endings for some of the heroes.

The closer opened with Chef and Gwynne’s idyllic life in a tiny hovel disrupted as they realized they lived smack dab at the conversion of the three warring armies, from Valencia, Hortensia (wielding pots and pans but no whisks, please) and the zombie horde under Galavant and Richard’s purview.

Gareth meanwhile was disappointed to discover that Madalena wanted the two of them (and Wormwood) to simply observe his “birthday” war from a “luxury skybox.” Eventually, though, Gareth followed his gut and entered the fray, where he was reunited with (and summarily got walloped by) Richard. Similarly, Isabella whaled on Galavant upon laying eyes on him, what with him wishing her to die in a fart  and all. Soon enough, it was “bygones” for everyone, but the truces were interrupted by Madalena unleashing her D’DEW magic, which sicced the zombies on, well, pretty much everyone.

After Gal, Richard, Isabella and Gareth just barely barricaded themselves inside Hortensia’s walls, Madalena paid a visit to warn them of imminent defeat. 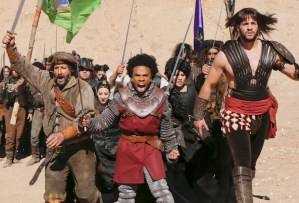 Yet when she beseeched her king to leave with her, Gareth firmly declined, visibly breaking what was left of the ice queen’s heart.

Episode 2 opened with the wonderful number that Timothy Omundson told us about, in which Richard dueted with his younger self, lamenting their sad lot in life. With that finished and doom knock-knocking on their door, Sid arrived on the scene with an army of his own, cobbled together from Enchanted Forest beefcakes, giants, dwarves and Princess Jubilee’s posse — though, Sid explained, the budget prohibited including any of the recognizable guest actors.

Mad’s magic trapped Galavant and Gareth inside Hortensia, but Richard and Isabella escaped to face off against Wormwood and the increasingly evil queen, respectively. Wielding the sword of the One True King to Unite Them All — and motivated by the seeming death of Tad Cooper! — Richard easily dispatched with Wormwood, while Isabella fought hard against Mad for the happy ending she deserves (after wearing pretty much the same outfit for two years). With the zombie horde powered down by Wormwood’s vanquishing, Gareth reached out to Madalena to share 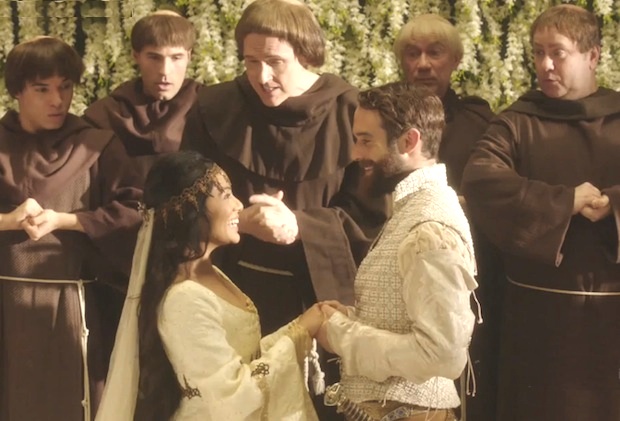 a life together, but she explained that she had tasted total power and liked it, so she D’DEW’d herself away.

Gal meanwhile had a promise to make good on, having quasi-proposed to Isabella mid-melee, so the two married with Weird Al and the other jazz-handing monks officiating. Richard found his own happy ending as well, racing to stop Roberta from boarding the boat to the Island of Spinsters, cat and chocolate in hand.

Gareth was determined to find his love and rescue from herself, and to that end enlisted Sid for an adventure 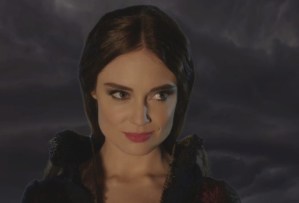 . Madalena though was last seen arriving on the doorstep of the DEL (Dark Evil Lord), to complete her training (after being properly accessorized by his manservant, of course).

Then, as the monks sang of what may be should there be a Season 3, we got a glimpse into the future, where Roberta sent Richard to feed Tad Cooper — who now apparently is a full-grown fire-breather who snacks on sheep: “I’ve got a dragon,” the True King boasts to the camera.

What did you think of the finale, and how much do you want a Season 3?