Hi, my name is Michael, and I’m an American Idol conspiracy theorist.

I live to detect (and overanalyze) every subtle dig from J.Lo, Harry and Keith, every unflattering camera angle or soundbite selection from the show’s producers, every early signal that behind the Idol curtain, an early “winner’s edit” is being fashioned from a few well-executed notes, a fawning reaction shot, some duct tape and a chain of paper clips.

Which is why Hollywood Week is such a fascinating, frustrating experience. The initial “Lines of 10” round boils down 190 contestants’ performances into a single hour — and there’s almost no explanation given when early faves get booted or well-liked hopefuls get relegated to roles like “Girl Standing in the Background With Guitar, Looking Vaguely Forlorn.”

In other words, unlike the live telecasts — where each vocalist gets the same uninterrupted 90-second performance slot — in Hollywood Week, you’ve got to take producers’ word for it. (Or at least accept that — even if you question their intentions, you don’t have much supporting evidence to throw back in their faces.)

With that dynamic in mind, allow me to make 10 definitive observations from Wednesday’s one-hour telecast — bearing in mind there’s no real way to cover every advancement or elimination in this recap space (without resorting to a boring laundry list):

1. Jordan Sasser is cannon fodder. The manbun-sporting fella whose wife failed to score a golden ticket — and made it really awkward afterward — tackled Tori Kelly’s “Should’ve Been Us” for his Line of 10, and proved he has neither the range nor vocal control for such a mighty task. That’s bad news, considering that if you’re going to go far on Idol, you need to be able to honestly assess your own strengths and limitations, and choose your songs accordingly.

2. Dalton Rapattoni needs to tone down the breathy boy-band affectations. Yeah, yeah, his guyliner-ed eyes probably make him a shoo-in for the Top 12, but prior voting patterns show that the Idol audience craves artistic authenticity over good looks — and his “California Dreaming” lacked the emotional heft possessed by even Idol’s weakest winners.

3. Jenn Blosil’s got a whopping range. She still seems spacier than NASA’s Discovery, but when she stretched her voice to its highest point, it still managed to sound quite pretty.

4. Olivia Rox should break out the sparkly pink guitar on the regular. Yeah, that’s shallow, but you have to admit it’s pretty damn cool.

5. Jessica Cabral’s “Photograph” was the most nuanced, note-perfect vocal of the entire hour.

6. Maybe I underrated Sonika Vaid’s audition. Her “Almost Is Never Enough” — or at least the few seconds we heard of it — was a study in beautiful restraint.

7. La’Porhsa Renae made me like a Katy Perry song! (But while I’d download her slowed-down “Roar” tomorrow if it was on iTunes, she needs to be careful not to overdo it with the runs.)

8. PLEASE DON’T MAKE THIS A DATING SHOW, FOX! If Manny Torres and Daniel Farmer are really as interested in macking on the lay-dees as producers would have us believe, maybe someone should give them a Golden Ticket to advance to the Top 48 for the next season of The Bachelorette?

9. I’m sure she didn’t mean it the way it came out… but did anyone else wince when Melany Huber’s mom greeted her after her elimination by declaring, “It’s OK. I love you anyway.”

10. Not having electricity in her house is not an excuse for the way Jeneve Rose Mitchell clips her notes. Still, her ability to infuse her spunky personality into her song choices makes her a legit threat.

11. Producers have shown Tristan McIntosh’s face more than any other contestant this season, but she fell out of the pocket and went flat on at least half a dozen notes during her ill-advised Carrie Underwood. (Now might be a good time to remind contestants of what I said re. Jordan: “You need to be able to honestly assess your own strengths and limitations, and choose your songs accordingly.”

12. I’ve always wanted to hear Aretha Franklin’s “Rock Steady” on Idol. I did not want it to be done by a 16-year-old with a deeply limited range and less natural rhythm than Ted Cruz.

13. For maybe the first time in Idol history, I wasn’t particularly upset by any of the “eliminated with no explanation” montage contestants.

14. Learning that megatalented Trent Harmon had mono during Hollywood Week sent me to the brink of collapse, but his Sam Smith cover, while far from perfect, was deeply heartfelt with some “yes, sir, you did that!” notes, to boot.

15. As with Tristan, I was not quite as enthusiastic about Emily Brooke’s Line of 10 performance — particularly her garbled enunciation — as the judges. Was that really the best way to end the episode?

What did you think of Night One of Season 15 Hollywood Week? Share your thoughts in the comments! 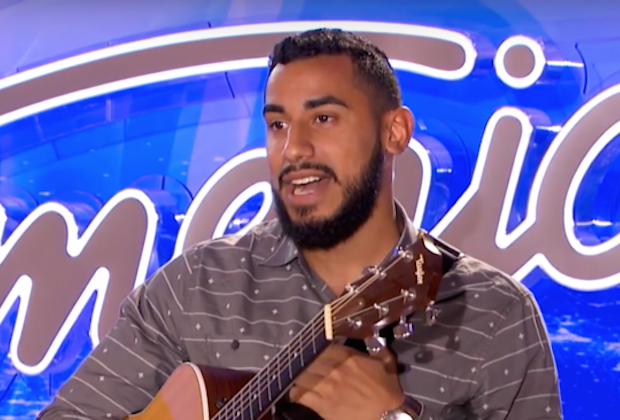