THE PERFORMANCE | In this week’s episode of Mom, Faris transformed herself into an acting accordion — stretching impressively to nail the broadest comic bits, then shrinking down for small, wonderfully intimate beats.

As Christy allowed herself to fall for Fred (Harry Hamlin) — also inconveniently, the father of her ex-husband Baxter’s new fiancée (!) — Faris displayed a seldom-seen lightheartedness in her constantly struggling character. Still, over a romantic dinner, as Christy made light of her recent past as an alcoholic stripper, Faris allowed the audience to see the vulnerability behind the self-deprecating jokes, and feel the subsequent relief when Fred responded in nonjudgmental fashion.

As adorable as it was witnessing Christy with birds and flowers encircling her head, however, Faris’ biggest laughs came when Fred’s drunken adult daughter Candace (Sarah Rue) arrived at her door, demanding an end to the nascent romance and weeping about a lifetime of neglect from her father. “Candace, you are worried for nothing,” replied Christy. “I promise you, I’ll make sure your daddy showers you with love and attention right after I become your new mommy.” Faris slid the verbal dagger into her rival with such a tone of deep and genuine concern that it proved as startling as it did deadly.

Ultimately, though, after confronting Fred about an uncomfortable lunch where his casual cruelty toward Candace percolated to the surface, Christy could no longer deny her wealthy new lover was bankrupt when it came to empathy and respect for the people around him. “I don’t think you’re in any position to be giving me parenting advice,” he huffed, after Christy pressed the issue. Here, Faris let Christy absorb Fred’s condescension with a gasp, a tentative “OK,” and then a lengthy pause in which a wrestling match between romantic hopefulness and practical self-esteem played out on her face. As Christy grinned and headed for the exit, we knew the latter instinct had won out — and Faris drove the point home with an exquisitely delivered parting shot. “You know something, Fred? You may be handsome, charming and successful — but you’re also kind of a dick.” 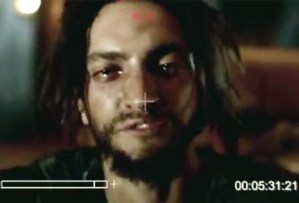 HONORABLE MENTION | Thursday’s season premiere of The 100 was a veritable parade of delightful developments, but Richard Harmon earns an extra tip of our hat for managing to condense a complete mental breakdown into four powerful minutes. We watched in stupefied horror as Harmon’s Murphy, still locked in the bunker after 86 days, gradually slipped into chillingly believable insanity until he found himself staring down his last box of food — and the barrel of a gun. Each of Harmon’s choices, from his soulless glare to his crazed shrieks, contributed to an unforgettable cold open. Sure, it was a pretty dark way to kick off this chapter, but like most risks taken by The CW’s ever-expanding drama, it totally paid off, setting the tone (and the bar) for the rest of the season. 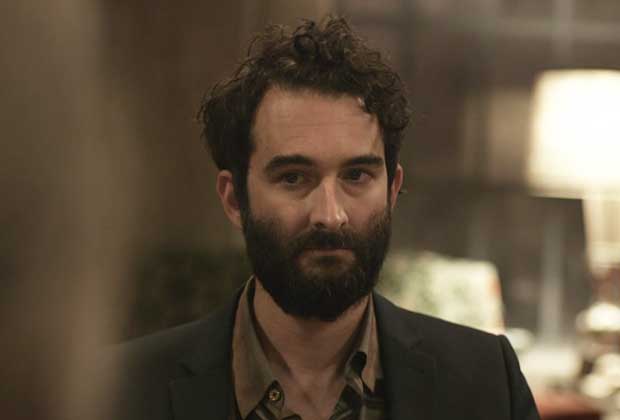 HONORABLE MENTION | At the center of Amazon’s Transparent, there is a family that is incredibly loud. The Pfeffermans can barely get through dinner without talking over one another and sending the whole meal into chaos. It’s no surprise, then, that in Episode 7 of the dramedy’s second season, we were blown away by how much Jay Duplass communicated with so few words. As Josh struggled to cope with — spoiler alert! — his break-up from Raquel, Duplass conveyed his character’s heartache in almost imperceptible ways. From the small, tearful way he said, “OK” after Raquel told him, “We’re over,” to the waves of anxiety that crashed over his face during the Raquel-led Yom Kippur service, Duplass took advantage of the show’s quietest moments and delivered his strongest performance of the series. 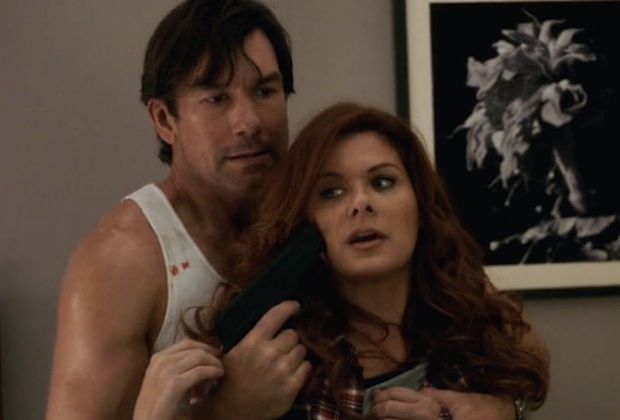 HONORABLE MENTION | The Mysteries of Laura’s Debra Messing this week was handed what could have been a rote showcase — MomCop held hostage at gunpoint! — but with a nuanced performance and a clever script, delivered a fresh variation on said drama. Confronted at home by a desperate murder suspect (played with the right mix of intensity and vulnerability by Jerry O’Connell), Laura first ensured her kids’ safety, then, once one-on-one with her captor, went about managing his rage by hearing out his argument of innocence. As the crisis unspooled, Messing deftly toggled between calculating detective (May I top off your coffee… on your head?) and perceptive sounding board, as her abductor’s plea slowly started to make sense. Messing’s five Emmy nods and one win may have been for comedy, but here her drama chops shined bright — like a Diamond.