We’ve got questions, and you’ve (maybe) got answers! With another week of TV gone by, we’re lobbing queries left and right about shows including The Good Wife, New Girl, Arrow and DC’s Legends of Tomorrow!

1 | Did SNL forget Sasheer Zamata is a full-time cast member? And as fun as the Undercover Boss: Kylo Ren send-up was, shouldn’t it have been 20 percent more clever? (Surely Stormtroopers grumble in the galley about pulling duty on an assuredly doomed planet/weapon.)

2 | If The Good Wife‘s Alicia and Lucca take up Cary’s offer and re-team with Lockhart-Agos-Lee, will you celebrate the end of the show’s divided-firms dynamic or throw your hands up at yet another plot point — in this case, Alicia’s determination to start a smaller firm with the types of clients she wants — getting unceremoniously dropped?

3 | As much as we love the amount of vocal talent in the Madam Secretary cast, can the series please stop shoehorning musical numbers — like, Blake’s James Taylor karaoke — into the Beltway drama? 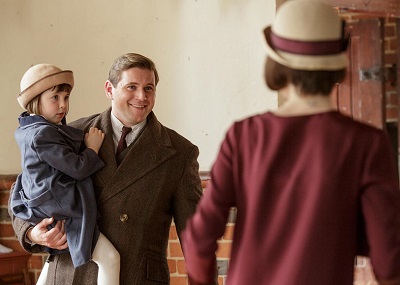 4 | Didn’t you cringe for Downton Abbey’s Mrs. Hughes when Cora invited her to decline the use of the great hall for the wedding — in front of Carson, Mary et al? And could Tom have stolen the couple’s thunder any more than he did if he’d arrived during the ceremony?

5 | Did Room rugrat Jacob Tremblay’s Critics’ Choice Award acceptance speech alone prove that the Emmys would benefit from a Younger Actor category? (Even more so than adding, say, Best Dramedy?)

6 | Was Supergirl’s Cat mocking Lucy’s glorified “yoga pants” a rather catty quip from someone who typically croons the female empowerment anthem?

7 | Didn’t you expect The Bachelor to keep Lace around waaaaay longer?

8 | Steve Harvey’s misty-eyed reaction to Miss Colombia’s declaration of forgiveness: Genuine emotional response or playing it up for ratings?

9 | Is the biggest leap with CBS’ new Nancy Drew not that she’ll be ethnically diverse, but that she’s in her 30s and an NYPD detective? Wasn’t the whole charm of the character that she was a teenage snoop? 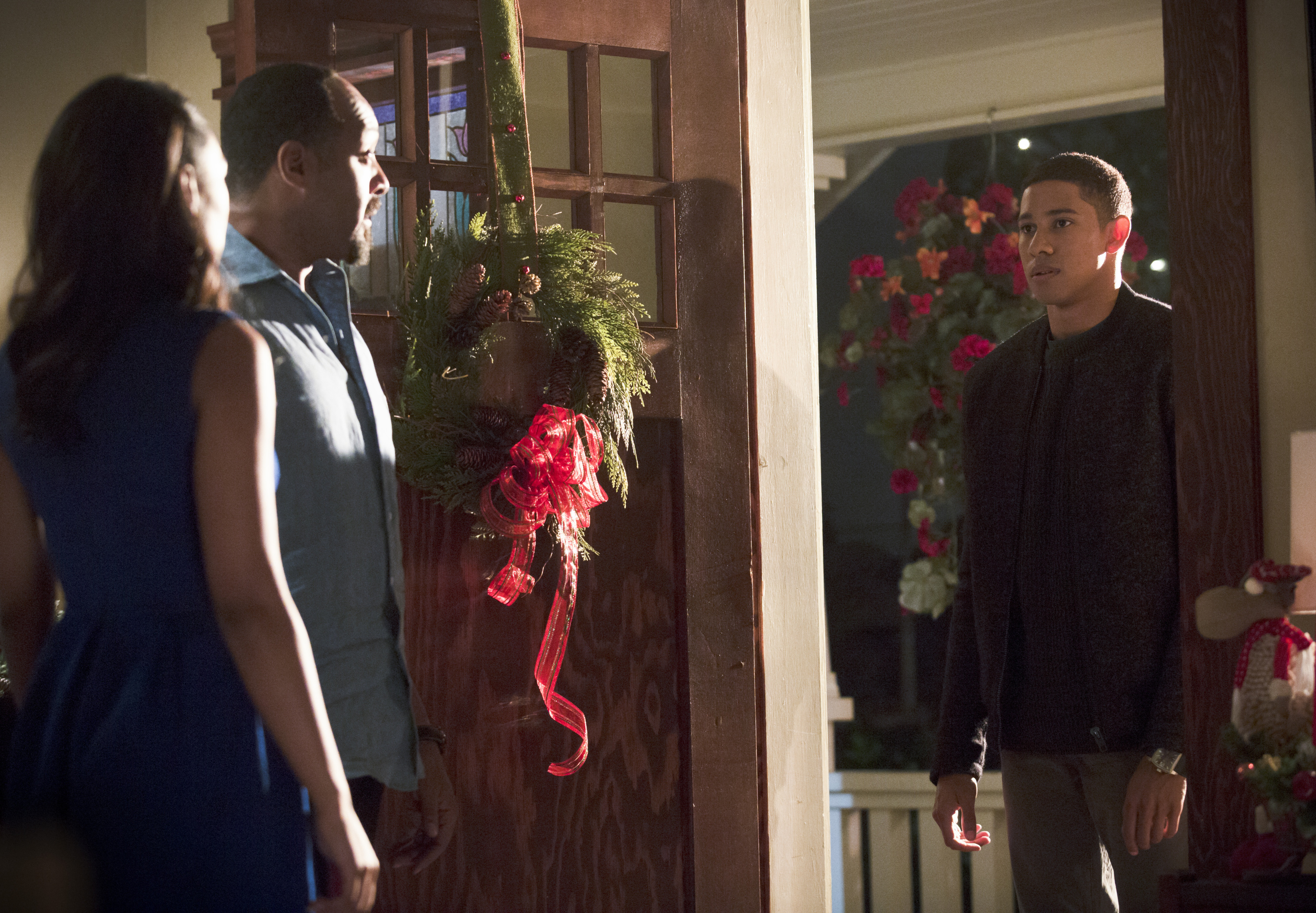 realize her boyfriend is the speedster, especially after The Turtle made that comment about how much the hero cares for her and Barry just happened to disappear when The Flash showed up? Also, where’s the green sweater Wally left behind that first night (pictured)? (And why would he have taken it off?)

11 | Wouldn’t New Girl clean freak Schmidt have noticed that Cece is a total slob no matter how happy he is about their engagement?

12 | Did Agent Carter deliver its most far-fetched moment yet by suggesting that any guy would not return Peggy’s phone calls? Also, how did the camera recording the zero matter event not get sucked into the vortex along with the jeeps and soldiers?

13 | Chicago Med fans, why do you think Connor’s mom really killed herself? What did his dad do? 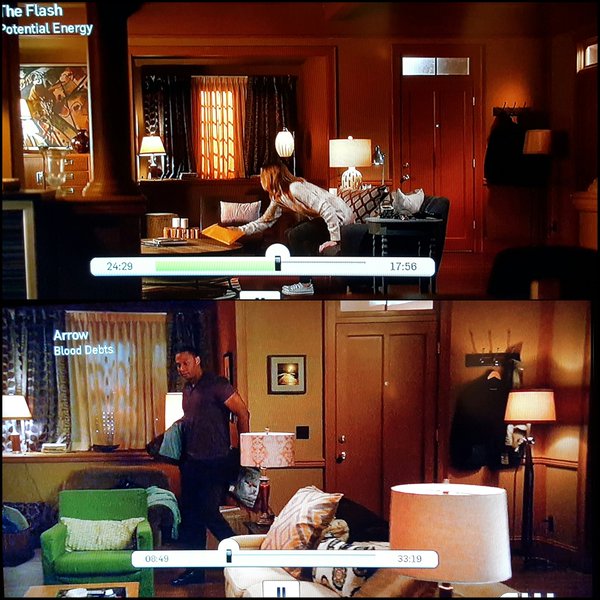 14 | On The Shannara Chronicles, did Wil’s brains leak out his half-elf ears? How else to explain him falling for the Rover’s seduction scheme, yet again?!

15 | As eagle-eyed TVLine reader Alex brought to our attention: Is/was The Flash’s Patty sharing an apartment with Arrow’s Diggle/Lyla?!

16 | Do we have this right? The rather unique name of Arrow baddie Damien Darhk’s ruthless wife’s is Ruvé — the same as portrayer Neal McDonough’s real-life missus? Elsewhere, was Felicity too forgiving of Oliver’s absence from the hospital? (At least Donna called him out on it!) And who is your latest Flash-Forward Grave theory: Diggle? Lance? Donna? Thea?

17 | Did Supernatural‘s Lucifer take a dig at Fox’s upcoming Lucifer with that line about moving to L.A. and solving crimes? On that note: Would you totally watch a Supernatural spinoff starring Mark Pellegrino? 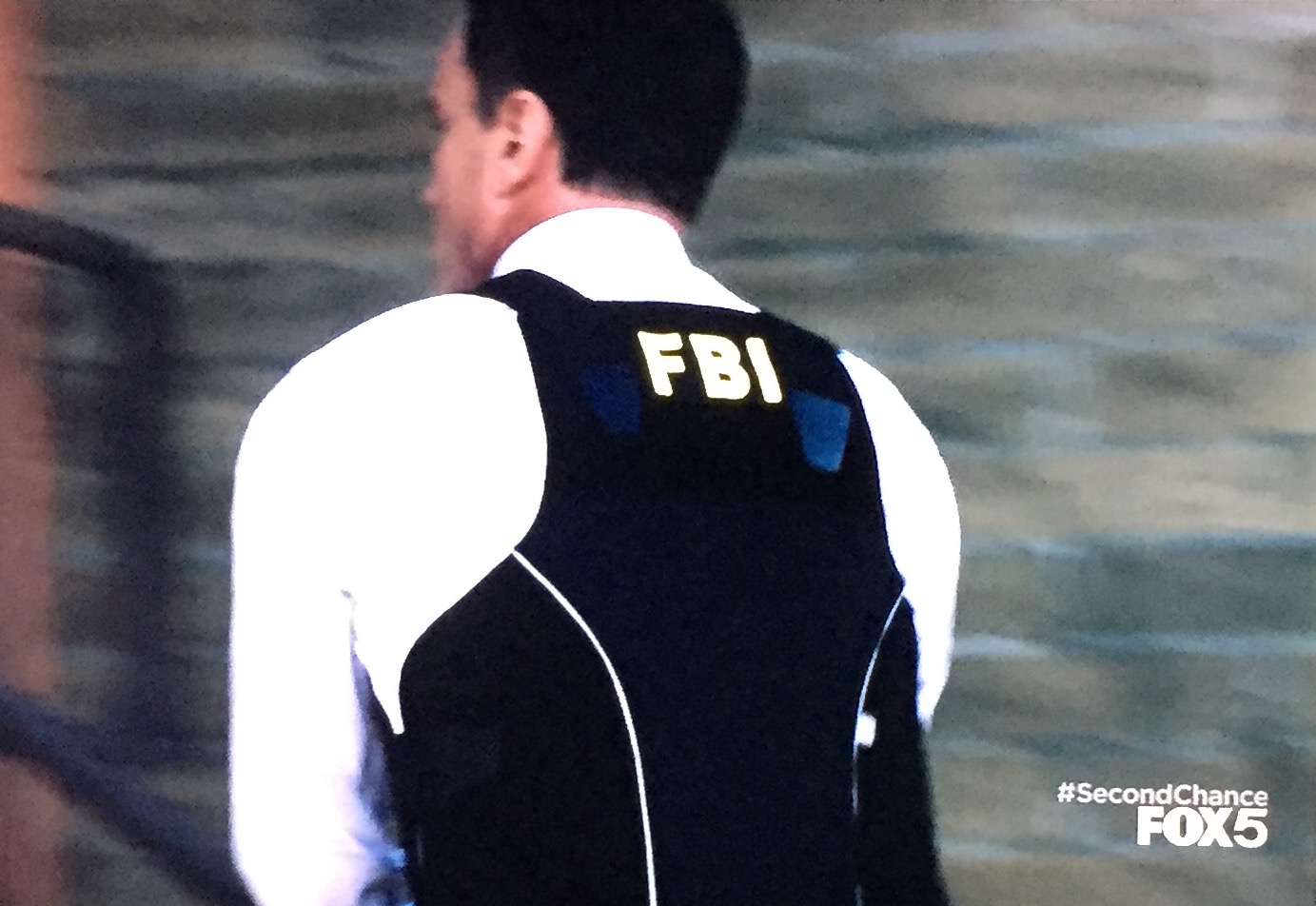 19 | Was Kato Kaelin’s appearance on the Baskets premiere some sort of cross-promotion for FX’s upcoming The People v. O.J. Simpson: American Crime Story?

20 | If, as established during the #Flarrow crossover, Hawkman remembers all of his and Hawkgirl’s past adventures, how on Legends of Tomorrow 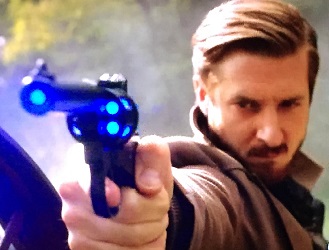 did he not recognize Aldus’ last name, or that he and Chay-Ara so “recently” had a son? Amidst the heavier and flashier firepower wielded by Chronos, Captain Cold, Firestorm and Atom et al, doesn’t Rip’s laser revolver seem a bit pew!-pew!-puny? Finally, who’d like to join us in watching the Sara/Leonard/Mick bar scene on a continuous loop?

21 | Did Heroes Reborn rip off True Detective when Tommy gave that monologue about time being a circle? 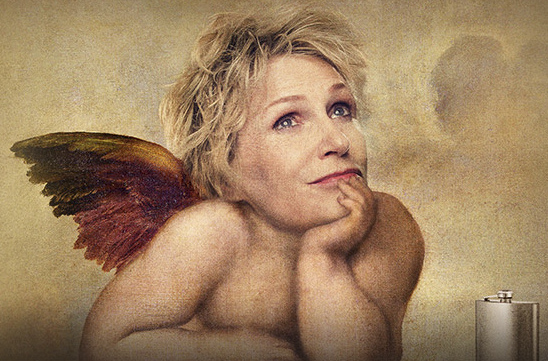 23 | Won’t it be a great day when we don’t have to write stories like this?