The Gallagher house may be taking in another occupant after Shameless‘ Season 6 opener.

Yes, Debbie is officially preggers — a fact she lies about to Fiona, who is relieved to learn her sister isn’t expecting. The pregnant truth comes out when the parents of Debs’ baby daddy come knocking, wanting to know what the eldest Gallagher is going to do. (Carl could not have picked a juicier time to come home from juvie!)

When not worrying about Debbie, Fiona is making out with Sean. But not everyone is in the mood for love. Ian initially refuses to see Mickey in jail and then (falsely?) promises his ex that he’ll wait for him.

TVLINE | Last season, Fiona spent a lot of time with Gus while, unbeknownst to her, huge things were happening back home. And now she’s in a relationship with Sean. Is she repeating the same mistake all over again?
I don’t think she is, because she’s taking her time more. This relationship isn’t as impulsive. Gus got swept away with Fiona, so she got swept away with him. I don’t think Sean allows that to really happen with her. He has other priorities, like his son and his sobriety, so he’s not going to just let them each get swept away. The relationship is more mature, more thoughtful.

TVLINE | How is Fiona balancing her personal life with her home life and doing things differently compared to last year?
The main thing that Fiona is struggling with now is that the kids are grown up or growing up, and [Debbie and Carl are] making their own choices — [which] might not be the choices that she wants for their lives. She’s struggling with how much does she stay at home and still be their parent, and how much does she have to say, “OK, you’re teenagers about to become adults, very soon. Do I let them just go and make their choices”? She’s more thoughtful and concerned, but she also knows that she has to live her own life.

TVLINE | What is Fiona’s response to Debbie’s situation going forward?
They’re going to be at odds pretty much the whole season. What we really wanted to do with Debbie — this storyline is so great [and] is already causing so much talk — was to show teenage pregnancy in a different way than we’ve seen it, where her choice actually kind of make sense and she has thought about this and she is mature in her own way. This a good a choice for a girl like Debbie, [considering] how she was raised, that she wants to create a family in a different way, and she has a lot of love and a lot to offer. We wanted to show it as a positive and proactive thing as opposed to like, “Oh my God, it’s now a burden and her life is ruined.” She doesn’t feel like it’s ruined, and she wishes everybody else would see that. 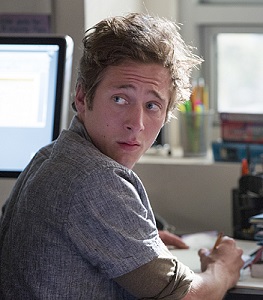 TVLINE | Lip lost it when he thought that Helene might be seeing someone else. Is that a sign that he’s falling for her in a much deeper way than he even realizes?
Absolutely. That relationship definitely gets bigger and more intense. He’s very shocked at how he feels.

TVLINE | Will Ian actually wait for Mickey? How much of his statement, in that scene, was a lie?
I don’t know how much I’m supposed to say about that. [Laughs] I’ll leave everybody with what they saw. They have to keep staying tuned in to see more.

TVLINE | And how much of that is the medication affecting Ian’s feelings versus this being what he genuinely wants?
I don’t think that he necessarily knows. He’s confused about his own feelings and his own medicated influences. So what he said last year — he doesn’t want anybody worrying about him, and he broke up with Mickey — is something that people can hold onto.