Laying peepers on the cast photos for Marvel’s Agent Carter Season 2, there’s only one thing to say: Hooray for Hollywood!

In the season premiere (airing Jan. 19 at 9/8c and titled “The Lady in the Lake”), Peggy moves to Los Angeles to help Chief Daniel Sousa at the West Coast SSR investigate a bizarre homicide. In that night’s second episode, “A View in the Dark,” Peggy discovers that her investigation has huge ramifications that can destroy her career —as well as everyone near and dear to her.

But enough of words. Look at the pretty pictures! 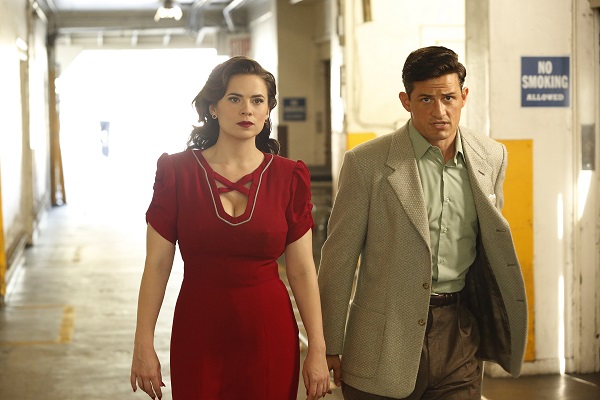