Tuesday’s series premiere of The Shannara Chronicles introduced MTV viewers to a half-elf hero in way over his head. But don’t take our word for it.

“So I’m supposed to use Elfstones I don’t have to protect a princess who doesn’t want to be found from a demon horde bent on laying waste to the world,” Wil Ohmsford (Austin Butler) lamented towards the end of the two-hour debut. “And even if I succeed, which is entirely doubtful, my life could still be doomed because magic will have fried my brain.”

If you really break it down, this one quote basically recaps the entire premiere: The “Elfstones” Wil mentioned are magical rocks he inherited from his late father; he doesn’t have them because a no-good rover named Eretria (Ivana Baquero) stole them from him; the rogue princess is Amberle (Poppy Drayton), the only surviving member of the Chosen, a group sworn to protect the dying Ellcrys Tree, which is the only thing keeping that aforementioned “demon horde” from entering our world.

I know it’s a lot to take in, but at least Wil has Allanon (Manu Bennett) around to show him the way, right? Yeah, I’m not finding much comfort in that, either.

Did you check out the Shannara premiere? Grade it below, then drop a comment with your full review. Will you follow Wil on his journey? 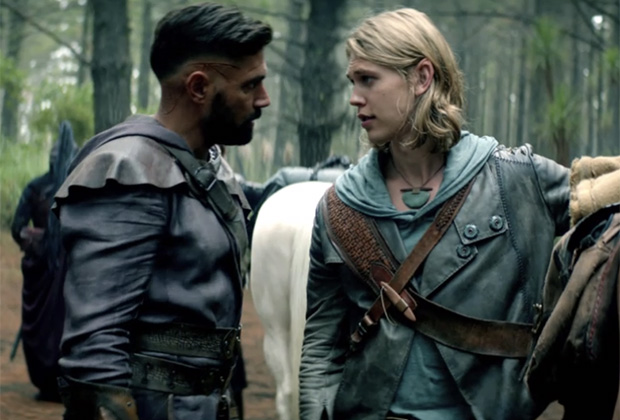