We’ve got questions, and you’ve (maybe) got answers! With a week of holiday TV gone by, we’re lobbing queries left and right about shows including Jessica Jones, The Walking Dead, The Librarians, The X-Files and the New Year’s Eve specials!

1 | Did you kind of love how in Jessica Jones Episode 6, Luke Cage made sure we knew the guard dogs were OK/unharmed? Also, who has been at times tempted to pull a Kilgrave and order a noisy coffee shop to be “Quiet!!!!”?

2 | In Episode 3 of Transparent, were you happy to see Ali and Syd get together, or were you yelling towards your TV at Syd for succumbing to her desires with the emotionally stunted Pfefferman? And why is Raquel dead-set on marrying Josh if she’s still unable to trust him?

3 | As you watched CBS’ colorized Andy Griffith Show episodes, were you amused by the ultra-quaint notion of the sheriff setting the jailbirds free for Christmas, with the promise that they return to custody after? 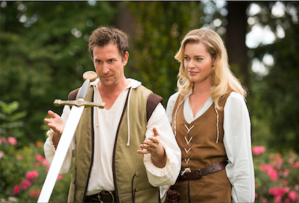 adventures: yea or nay? Also, were you surprised that the season finale immediately resolved the Flynn/Eve cliffhanger, or was that the producers playing it safe in case renewal hadn’t come?

5 | If it is to be remembered at all, should Agent X be lauded for its fun, “retro” casting, from Gerald McRaney to Fred Dryer to Helen Slater?

6 | Who else thought, “Hmm, it’s a really quiet Monday night on TV…. I’ll see if I can jump in and follow these final Legends episodes” — only to near-instantly realize you simply couldn’t?

7 | Who do we think Scully is mourning 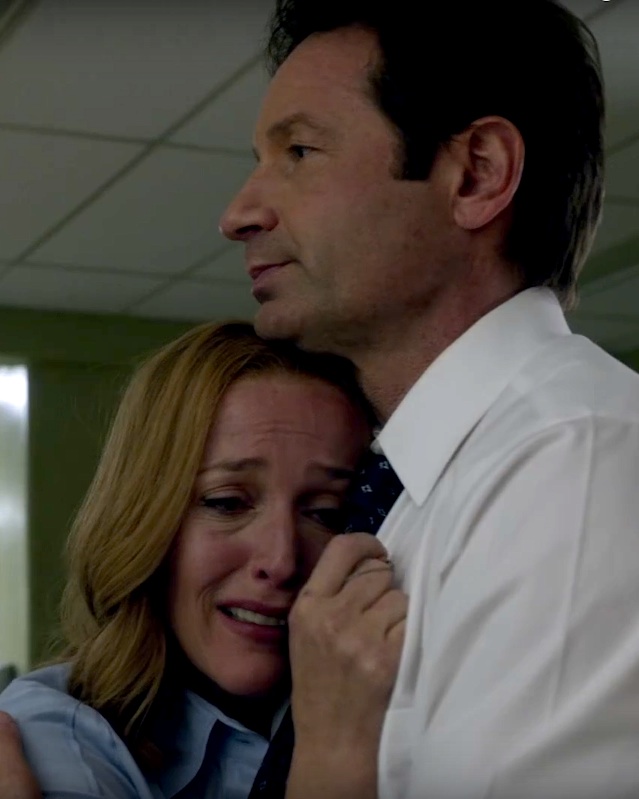 in that super-sized X-Files promo — son William or mom Margaret?

8 | Does Telenovela expect us to believe that the show-within-the-show would construct a well that actually extended so far below the stage floor that the ladies couldn’t get out?

9 | While politicians obviously aren’t above making, say, the occasional late-night talk show appearance, did President Obama cross a fine line by guesting on Jerry Seinfeld’s Comedians in Cars Getting Coffee web series? Do we really want the leader of the free world essentially labeled a comedian? (At least his recent Running Wild appearance had the innate context of ecological consciousness.)

10 | Would it have killed The Walking Dead to give us at least a glimpse of Jeffrey Dean Morgan as the much-ballyhooed Negan in its midseason premiere trailer?

11 | Is a bawdy Hollywood Game Night — such as the one hosted on New Year’s Eve by Andy Cohen — a better Hollywood Game Night? Whitney Cummings opening wide for her popcorn blast (followed by Bob Saget’s commentary) and Sasheer Zamata’s riff on FLOTUS’ “South Lawn” sure pushed the live telecast’s envelope.

12 | Dick Clark’s Rockin’ New Year’s Eve headliner Demi Lovato’s boyfriend, Wilmer Valderamma, was there in Times Square, so why didn’t he join her on stage at midnight? Don’t the producers realize it looks a bit sad to have its special guests ring in the new year stag? Or perhaps Demi declined such an idea out of “solidarity” with Carrie Underwood, whose husband was busy playing hockey in Dallas? 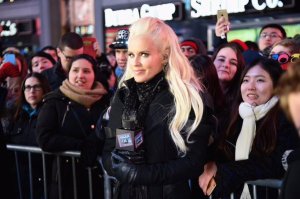 bonus scene where Jenny McCarthy became a Dark One…? And was one of her first acts of treachery stealing Scarlett O’Connor’s hair extensions?

15 | Gwen Stefani’s “Used to Love You” and Carrie Under- wood’s “Before He Cheats” are great songs, but aren’t they kinda bummers for New Year’s Eve countdown shows?