Netflix interrupted Tuesday’s GOP Debate with a major announcement: House of Cards‘ fourth season will be released on March 4, 2016.

The streaming service broke the news via a faux campaign commercial during the second hour of CNN’s Republican debate (watch the ad above).

The March premiere marks the latest launch yet for the political drama, which has traditionally bowed in mid-February.

Check out the official “campaign” poster below, and then hit the comments with your hopes/predictions for Season 4. 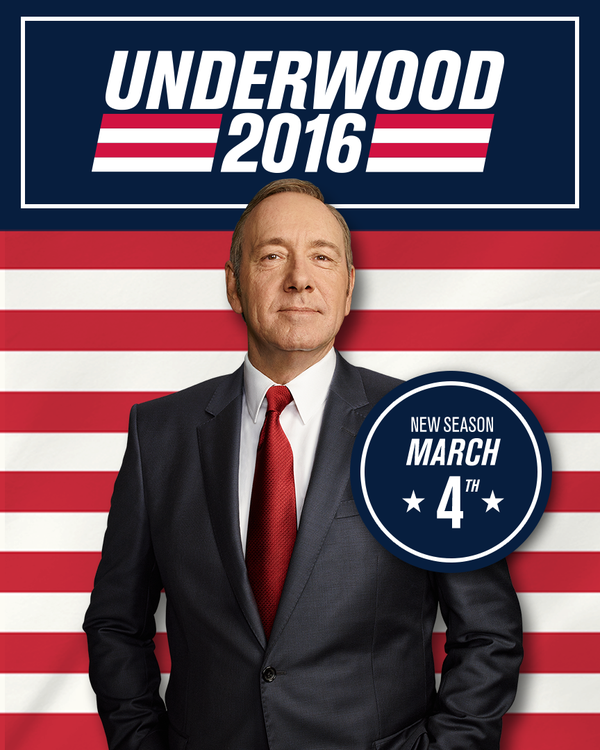