THE PERFORMANCE | There’s probably a special place in hell for the kind of person who’d hijack a memorial service to serve her own desperate, attention-seeking needs. But the cringe-inducing comic touch Borstein brought to Dawn Forchette’s meltdown on last Sunday’s Getting On was nothing short of heavenly.

We’d already known that Nurse Dawn had opted out of dialysis for her end-stage kidney failure — mainly because her doctor’s cheerful news about her bloodwork meant an inevitable end to the elaborate pity party which she’d been throwing for herself. But after colleague Marguerite (Lindsey Kraft) caught Dawn gorging herself on half-and-half, pound cake and bagels in the break room, Borstein unleashed the petty viciousness that’s almost always percolating behind her pitiful character’s eyes — hissing, “Mind your own business, p—y!”

When Dawn later learned that her recklessness had actually put her life in danger, we saw her carefully orchestrate a meltdown in the middle of a farewell service for Birdy — a sweet, long-time resident of the Billy Barnes Extended Care Unit — as well as other patients who’d died that month at Mount Palms Memorial Hospital. As her closest confidante Didi (the fantastic Niecy Nash) attempted to stave off the attempted interception — launching into a spoken-word rendition of “California, Here I Come” dedicated to her late patient — Dawn spilled to horrified onlookers the story of her blighted ovum, then read a poem that was (naturally) all about herself: Dawn comes to work hard every day, so people get well quicker/ She tends to them as best she can, but the truth is she’s so much sicker.

Panicked that a last-minute (and equally inappropriate) eruption by her boss Jenna (Laurie Metcalf) was stealing focus from her plea for a live kidney donor, Dawn began a tearless, sobbing tantrum. “I am here for a reason! I have a lot to give! I deserve a kidney!” As much as you wanted to look away, Borstein’s delivery — part petulant brat, part terrified wretch — wouldn’t allow it. By the time Dawn unexpectedly manipulated Jenna into offering said organ, Borstein managed to make her character’s joyous eruption — jumping up and down and chanting “I got a kidney! I got a kidney!” — hilarious, grotesque and a little bit triumphant. 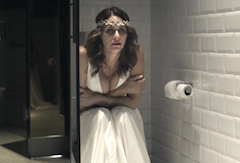 HONORABLE MENTION | Amazon’s Transparent would be nowhere without the strength of its ensemble. However, its Season 2 premiere worked largely because of Amy Landecker, who gave her bravest performance yet as unhappy newlywed Sarah. Whether silently conveying an immediate sense of regret as she walked down the aisle, or falling under the spell of anxiety at her reception before verbalizing her growing disdain for Tammy, Landecker excelled at showcasing her on-screen ego’s trepidation and self-absorption. In allowing the performance to be as vulnerable as it was, Landecker accomplished the rare feat of building empathy for a character that probably doesn’t deserve it. 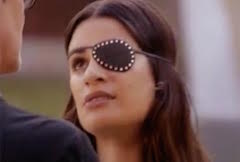 HONORABLE MENTION | Scream Queens’ season finale might have been all over the place, but there was one thing viewers could count on throughout the hectic two-hour reveal-a-thon: Lea Michele’s rock-solid performance as — spoiler alert — the show’s big killer, Hester Ulrich. From her hilarious explanation of how she became a neck-braced monster to her chilling final confrontation with Jamie Lee Curtis’ Dean Munsch, Michele proved once again that she’s capable of handling anything Ryan Murphy’s team can throw at her… including a bedazzled eye patch. 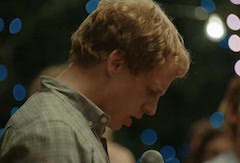 HONORABLE MENTION | “You probably don’t want to get to Level Two Jimmy-Drunk around all these people,” Edgar warned Mr. Shive-Overly at the start of You’re the Worst‘s season finale — and oh, we are so glad the cynical Brit didn’t heed his friend’s advice. If he had, we wouldn’t have been treated to such a layered, entertaining and, above all, truly funny performance from Chris Geere as Jimmy (poorly) navigated his many levels of intoxication. We weren’t just impressed by Geere’s ability to believably slur and stumble across the baby shower at which Episode 13 took place. It was the way he masterfully and hilariously zig-zagged across Jimmy’s emotional conflicts, bouncing from angry to sad to content and back again, that kept us fixated. Until the FXX comedy returns next year, we’ll be raising many a Solo cup full of trash juice to Geere’s superb performance.