Before we break down the fates of Chanel, Dean Munsch and the rest of Wallace University’s best and brightest, how ’bout we discuss them reveals?

Killer No. 1: Pete | This one probably didn’t come as much of a surprise to viewers, especially since last week’s episode ended with Pete literally telling Grace that he’s a “murderer.” But at least the finale made sense of his convoluted backstory — Boone used Pete’s hatred for Kappa Kappa Tau to turn him into a killer — before Red Devil No. 2 (No. 3?) popped out of the closet and finished him off. (R.I.P., Coffee Donkey! Your flawless Matthew McConaughey impression shall live in infamy.)

Killer No. 2: Hester | Speaking of she-who-murdered-Pete, the surprise factor on this one pretty much depends on how invested you are in this show. Sure, there were a few subtle hints along the way — like Hester’s whole “mom” thing in Episode 2 — but for the most part, Lea Michele’s killer reveal came out of absolutely nowhere. (Also, that stiletto-in-the-eye thing? Barf.) 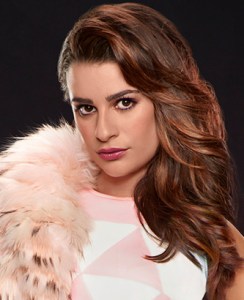 That said, you’ve got to hand it to ol’ Neckbrace; pinning all those murders on the Chanels — and getting them sentenced to life in a mental institution, where they (naturally) formed a new sorority — couldn’t have been easy. And how twisted is it that Munsch knew Hester was the killer all along? I would have loved this season to have been peppered with more scenes like the epic confrontation between Michele and Jamie Lee Curtis. I’d also love to know which Red Devil visited Chanel in the episode’s final moments. (I mean, I guess we can assume it was Hester, but at this point, who the heck knows?)

As for Grace and Zayday, they survived — much to the chagrin of Chad’s ex (and FBI Agent!) Denise Hemphill, I’m sure — and took the reins at KKT, welcoming a new, albeit way less exciting, crew of Kappas into their hallowed home.

We’ll post our full interrogation with Michele after the finale airs on the west coast, but for now, grade the episode and drop a comment with your thoughts on tonight’s killer reveals: Did you guess right? Were the answers satisfying? And what do you hope to see in (a potential) Season 2?