ABC Family on Wednesday released the official poster for Pretty Little Liars‘ 2016 return (Jan. 12, 8/7c) — and I’ve got a lot of thoughts about it.

Take a look at the poster below, and before you tell me I’m reading too much into it, allow me to remind you that this is America and I’ll do what I want: 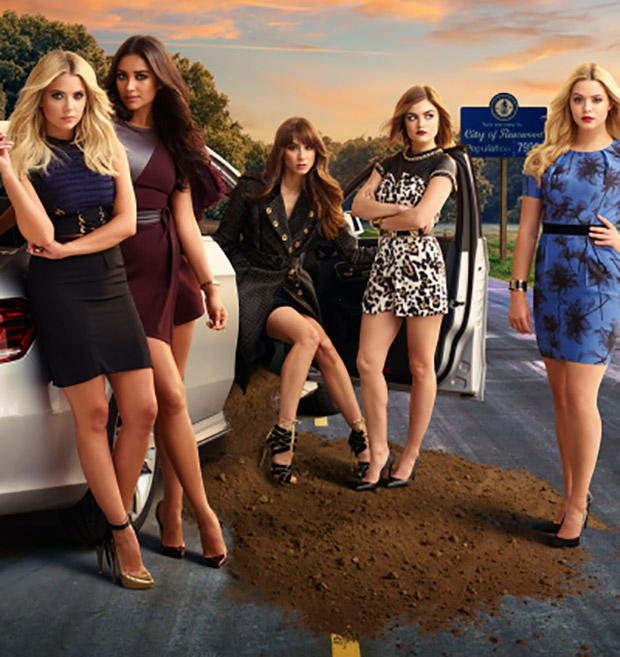 Now then, the first thing I notice when I look at the poster is the girls’ proximity to one another. Most of the show’s previous group shots have put forth a more united front, with the girls either standing or sitting side-by-side. Heck, they even held hands in one of them.

So what’s with the separation between the ladies in the 6B poster? It could merely be a way of illustrating that they’ve been apart for five years, but considering some of the other promo material we’ve seen so far — including that video of Toby punching someone who may or may not be Caleb — I’m thinking it could also foreshadow an impending rift between them.

Then there’s the dirt spilling out of Spencer’s car, which can only mean one thing: Something’s about to be dug up, y’all, and on this show, that might not just be a metaphor. (I’m hoping, but not optimistic, that Emily’s dad is going to emerge from beyond the grave to reveal his death was an elaborate prank. Seriously, was anyone else gutted by that reveal in the “Five Years Forward” special?)

Aside from those observations, there’s not much left to say. Everybody looks great, and I’m glad Alison is finally being incorporated into the promotional material.

What are your thoughts on the new PLL poster? Drop ’em in a comment below.