Jack Deveraux will soon be returning to Days of Our Lives, and something tells us he’ll take the stairs this time.

Matthew Ashford — who played Jack from 1989 to 2012 — will reprise his role on the soap opera for a five-episode arc, TVInsider reports.

The character is believed to be dead, after he sacrificed himself for his daughter via elevator crash, but no word yet on whether Jack will be resurrected or merely make an appearance from beyond the grave.

Ashford begins filming this week, with his episodes slated to air in late spring.

* Calling all Amazon Prime members in the United States: Transparent‘s Season 2 premiere will be made available tonight at 8 pm ET/5 pm PT, ahead of the show’s Dec. 11 return.

* Disney XD has ordered a 22-episode third season of its animated series Star Wars Rebels from Lucasfilm. The third season is currently in production and scheduled to premiere in 2016.

* In addition to a Portlandia teaser — in which Carrie and Fred very awkwardly do the deed — IFC on Monday released key art for the comedy’s upcoming sixth season (premiering Thursday, Jan. 21, at 10/9c). Scroll down to see the posters: 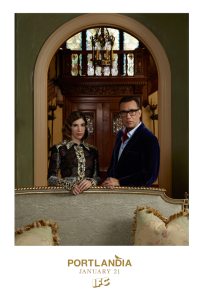 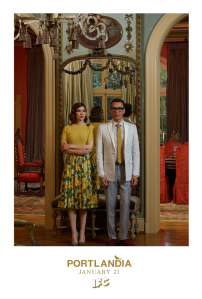