Is Jane the Virgin‘s heart once again beating for Rafael?

After picking — and letting go of — ex-fiancé Michael, the titular heroine finally agreed to go out on a date with her baby daddy. But will they actually go through with it?

Star Justin Baldoni tells TVLine that viewers will indeed see “at least pieces of” that crucial date. However, “it wouldn’t be Jane the Virgin if there weren’t complications,” the actor warns.

“A crazy cliffhanger will probably come up,” Baldoni continues. “If you’re expecting happily ever after, you’re not going to get it. But there might be something close.”

Below, Baldoni previews Monday’s Black Friday-themed installment (The CW, 9/8c) and explains why Rafael is OK being Jane’s second pick. Plus: Are three kids better than one?

TVLINE | How is the Black Friday experience for a rich guy like Rafael?
Neither I nor Rafael have ever been to a Black Friday [sale], so it was fun. I’ve heard horror stories about it, and I’ve also heard amazing stories. But Rafael comes from a very different world than me. The guy’s worth $40 million, so he probably could buy a Target versus needing to go and buy things at 80 percent off. It’s always fun for me when he’s experiencing something new. I remember last season [when he got] on the bus for the first time, which I had so much fun playing. It’s like you get to play this childlike wonder about a thing that everybody understands. That’s what we were going for with Black Friday — the girls are taking this so serious, and Rafael has no clue what he’s doing. He wants to show Jane how good of a dad he is. He’s in love with Jane, so he’ll do anything. 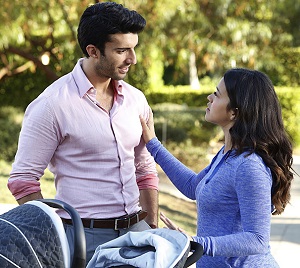 TVLINE | Does Rafael feel like he is Jane’s second choice?
Yes. He knows he’s her second choice, but he’s 100 percent in love with her. He doesn’t want anybody else. It was really cool to see him, as time passed, exploring a relationship with that other girl. But he called it off because she didn’t hold a candle to Jane. Even when she’s treating him badly, he still realized he was in love with her at her worst. That was a really cool moment to explore as an actor, but also to see the growth of Rafael, that he’s cognizant enough of his feelings to let somebody go that he wasn’t passionate about to explore and to try and fight for the mother of his child. I loved how they wrote that scene, and I love how they’re writing Rafael. He’s willing to fight and wait and, hopefully, get her to jump on Team Rafael, but Team Michael’s looking pretty good right now.

TVLINE | Does Michael become an issue for them again even though Jane’s starting to move on?
I don’t see Michael ever not being an issue with Jane and Rafael. He’s always going to be around. That’s about all I can say there. Michael’s not going anywhere. He’ll always be a complication.

TVLINE | When I talked to [executive producer] Jennie Urman, she said that she hoped it could be stolen sperm under the bridge between Jane and Petra, which is a great turn of phrase.
That’s amazing. 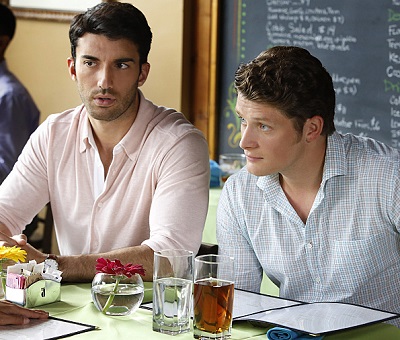 TVLINE | Could it ever be water under the bridge for Michael and Rafael? Could they be friends?
I don’t know if they can ever be friends. As long as they’re both in love with Jane, it would be very difficult. I think it’s little easier for the women. Men are very stubborn. All Rafael wants is to be with Jane and to be with his son, so if that can happen with Michael in the picture, then I’m sure Rafael could be open to it. But I just don’t think Rafael trusts him. Michael’s had it out for him this whole time. Look, if everybody became friends, the show would end. So we don’t want that to happen. [Laughs]

TVLINE | Is Michael still the godfather?
He is, which is interesting.

TVLINE | What was your reaction when you found out that Petra was having twins?
I was very excited to explore that because any actor looks for conflict, and Rafael has no shortage of conflict… So here’s this guy who never thought that he was going to be able to have kids and he has one sperm sample left, and it turns out he has two and now he’s got three kids and didn’t have sex with either girl. It’s pretty amazing, and I’m really looking forward to figuring out how we can navigate both of those worlds. Obviously, he’s still in love with Jane. It’s going to be hard.

TVLINE | How does he feel about Jane and Petra’s blossoming friendship?
Rafael’s on the side of whatever helps there be no conflict. He’s got so much conflict in his life already that if he can have at least those two be civil, that would make him happy, especially because, at some point, there’s going to be three children. The more they’re not trying to kill each other and hate each other, the better it’s going to be for Rafael.