Will Castle‘s snooping lead to the big “shift”? What’s on tap for the New Girl wedding? Will Arrow‘s Oliver get another blast from his past? Is new Chicago Fire romance heating up? Read on for answers to those questions plus teases from other shows.

Does anything good happen in the Castle fall finale (airing Monday)? –Barry
Since I just got done watching it, why don’t I give you a taste of what happens and then you can decide/debate what is “good”?
1) We learn the (unconventional) location of where Vikram and Beckett will be conducting their super-secret LokSat snooping from here on.
2) The Case of the Week is handled almost exclusively by Rick and Kate, together.
3) “Lucy” makes a return!
4) Those who have rightfully complained that Rick A) hasn’t taken Kate to task enough for the abrupt “time out” and B) seems poised to forgive and forget should (should!) be somewhat pleased with some of the angry things he gets to say this Monday.
5) Will Rick’s covert investigation of Kate’s mystery text bring them back together, or blow things up in an irreversible way? Possible hint (or not): One of the marrieds at one point frets, “I just hope I didn’t nuke my marriage.”

Can you hack into CBS and cobble together any scoop on CSI: Cyber‘s Ryan and Russell? – Francis
I plugged an exploit into the DSL socket, ran a ghost worm and this is what I came up with: As Avery gets reacquainted with her ex-husband and DB enjoys an unexpected first encounter with a very attractive woman, the two “will each encourage the other to go with their instincts,” exec producer Pam Veasey shares. 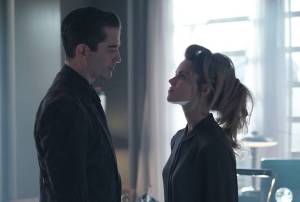 of Gotham, but I’m starting to wonder how long they plan to carry on the story arc with Theo Galavan. Will it cover all of Season 2, or is there a change planned for the second half of the season? –Eric
It’s definitely spilling into the second half, given that this Monday, Gordon “will finally peel back the layers” and see what Galavan is up to, setting the stage for the Fox series’ take on DC Comics’ Order of St. Dumas. “It’s not completely dissimilar [from the comics],” EP John Stephens told me. As hinted in recent weeks, “It’s an old order of monks who for the past 500 years have been anointing a sort of ‘champion’ – Azrael — a vigilante assassin who goes out and purges the world of sin. So we’ll be telling that story this season.” Bonus, unrelated scoop: Might that near-fatal fall from the bell tower have knocked some sense into Barbara? “I doubt that!” answers Erin Richards. “But it might have changed her in some ways.”

Will we get any great Nick/Jess scenes in New Girl Season 5? –Kassie
Yes, because even though Megan Fox will help fill the void during Zooey Deschanel’s maternity leave, the sitcom pre-taped three episodes prior to her time off. In the Jan. 5 season premiere, for example. Jess and Nick — as Schmidt and Cece’s Maid of Honor and Best Man — plan an elaborate engagement party for the newly engaged couple,including but not limited to an elaborate Bollywood dance number.

I know it might be early yet, but by chance do you have any scoop for Season 2 of 12 Monkeys? –Annie
As a matter of fact, during our recent NCIS Q&A, I asked Scottie Thompson to tease her new, recurring role on the Syfy series. Playing a virus hunter named Mantis, she previewed “amazing time-traveling experiences in other eras,” describing her character as a “butt-kicker” who’s got “a dark side as well as a fun, human-ness that she discovers.”

Got any Chicago Fire scoop? –Chris
This Tuesday, Treat Williams brings back Severide’s pops Benny “as a lending hand, voice of reason, so to speak,” Taylor Kinney previewed during our visit to the set. “He helps out with a problematic issue that could be really detrimental to Boden, the house and everybody involved.” Elsewhere in the hour, romance blossoms at the fire department gala, and given what Yuri Sardarov told us, we can’t help but wonder if that means Otis will finally get some action. (“There is going to be a storyline with potentially someone in the house,” he teased.) Meanwhile, Mouch, realizing he needs to lock down girlfriend Platt, will “make the big move predictably clumsily and ineptly, and it takes an unfortunate turn,” Christian Stolte said.

Anything on Arrow? Particularly Oliver and Felicity? –Caryn
This miiiiight affect Oliver and Felicity. ‘Member how last season’s #Flarrow crossover touched upon the matter of Oliver’s son via the young woman Moira years ago sent packing, to Central City? Exec producer Greg Berlanti teases that this year’s crossover event, airing Dec. 1 and 2, features a moment “very akin” to that one.

Any scoop on The Flash‘s Iris West would be appreciated. – Lexi
Uberproducer Greg Berlanti also told us that the Flash writers just finished penning “the two craziest episodes that we’ve ever done — and probably two of my favorite episodes ever,” in which “there’s incredible, incredible stuff” for “a bunch of the characters, including Iris. It’ll be really exciting to watch.”

When will we see 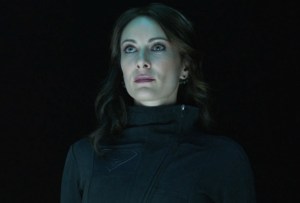 Laura Benanti pop up again on Supergirl, either as Astra or Alura? –Vanessa
Benanti will next appear in the Dec. 7 episode “Human or a Day,” which features an earthquake as well as the alien escapee Jemm (played by Constantine‘s Charles Halford).

I adore The Goldbergs, but I’m worried about Erica leaving the show for college. Any info to lessen my fears? —Karen
Allow series creator Adam Goldberg to put you at ease. “The amazing thing about setting the show in 1980something is that the ages of the kids are completely nebulous,” he tells the Inside Line. “The writers on the show joke that they’re the Simpsons kids. Erica and Barry have been in the same high school grade for three years now… and I have no plans to move them!”

Regina’s been pretty quiet on this season of Once Upon a Time; any scoop on what’s in store for her? –Rachel
Between now and the end of the mid-season finale (airing Dec. 6), expect to lay witness to a new piece of Regina’s of past — and in turn learn that she shares a secret with another major character, one that will reverberate into the present. Also: As if the birth of Zelena’s child hasn’t already drummed up drama, you can be sure the wee one will cause some fireworks between the wicked one and her sis!

Any information on Cinemax’s The Knick, especially about Thack and Lucy? —Zahra
Plan to gobble up the next episode, airing the day after Thanksgiving, in which Thackery performs a daring surgery in front of a packed house while Lucy and others attend a charity ball. All told, I hear the episode will deliver lots of blood, ball gowns and intrigue (though hopefully not mixed on top of one another. Dry cleaning wasn’t so hot back then).

This season of Fargo, 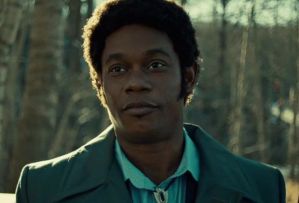 each episode just gets better and better! Any scoop? –Amanda
In the wake of all the recent bloodshed and fumbled coups, Mike Milligan this week is strongly urged by Kansas City’s top dog to wrap things up — else “The Undertaker” be sent north to… do whatever it is that someone nicknamed The Undertaker does.

Major Crimes‘ Andy will face a medical emergency soon. How this will impact him and Sharon? –Ilona
Though this has nothing to do with Sharon per se, series creator James Duff says that Andy’s emergency tees up his favorite scene of Season 4’s “back 13” episodes, when Provenza this Monday is tasked with filling out his pal’s DNR paperwork — “based on what he wants for Flynn,” Duff laughs. “He asks the question from the form and then answers it himself. Like, ‘Would you like a priest or a minister to come and visit?’ ‘Noooo, we don’t need any of those people. It’d be too late!'”