Just like Simba couldn’t wait to be king, it seems his son is also itching for a shot at greatness.

In Disney Channel’s The Lion Guard: Return of the Roar — a made-for-TV sequel to 1994’s The Lion King, which will become its own series in 2016 — Simba’s son Kion must assemble a squad of animal friends with which to protect the Pride Lands. But first, he must sing about it!

TVLine has an exclusive clip from “It Is Time,” the big musical number during which Kion (voiced by The Strain‘s Max Charles) embraces his destiny. Bonus points for any die-hard Lion King fan who can connect this new song’s title with a line from the 1994 original.

Additional voice actors in the film include Rob Lowe (The Grinder) as Simba, Gabrielle Union (Being Mary Jane) as Nala, Sarah Hyland (Modern Family) as a young lioness named Tiifu and James Earl Jones, reprising the role of Mufasa from The Lion King.

The Lion Guard: Return of the Roar premieres Sunday at 7/6. Will you be tuning in? Hit PLAY on the preview clip above, then drop a comment with your thoughts below. 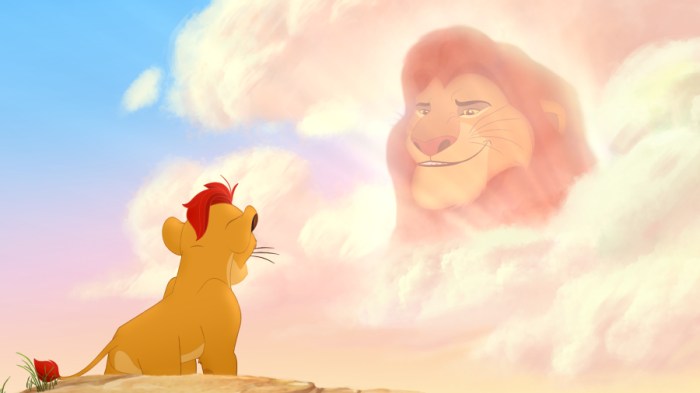