Enjoy your glass half full, The Voice fans — because come Dec. 8, Mark Burnett & Co. plan to knock it to the ground and leave you with broken shards all over your living-room floor.

OK, I’m being melodramatic, but the same could be said for the new elimination schedule NBC is planning for Season 9 of its Emmy-winning reality singing competition.

This week — as well as Nov. 24 and Dec. 1 — there’ll only be one hopeful sent to the guillotine, leaving nine vocalists to face off during the Dec. 7 semifinals. But the following night, blood will spill like it’s coming out of the elevator at the end of the hall in The Shining.

Indeed, on Dec. 8, a whopping five artists will get the boot — leaving four singers to duke it out in the following week’s Season 9 finale.

Let’s not delay any further, though, and instead cut right to the Top 12 results:

Bottom 3/”Save Me” Performances
Team Pharrell: Mark Hood, Steview Wonder’s “Signed Sealed Delivered, I’m Yours” | An occasionally shaky vocal, but dude left everything but his spleen on the stage, dropping to his knees, slapping the floor and howling “Got my future in your hands!” like a man possessed (by his desire to stick around). — Grade: B
Team Gwen: Korin Bukowski, Norah Jones’ “Don’t Know Why” | Korin missed her fair share of notes, too, and on a sparse, delicate ballad, that can be a lot tougher on the ears. The coaches droned on and on about this being her best performance, but obviously they’d forgotten (or been instructed by producers to forget) about her Knockout Rounds take on “Samson.” Even worse, though, she looked so uncomfortable from start to finish, the bad mojo practically pulsed through the screen to my couch. — Grade: C

Alas, my lobbying was in vain… the curse of “Against All Odds” (Mark’s Monday-night song choice) continues!

OK, your turn. What did you think of Top 12 results? Did America get it right with the Bottom 2? (If “yes,” what is your explanation for Braiden’s safety?) Was the right artist saved? Sound off in the comments! 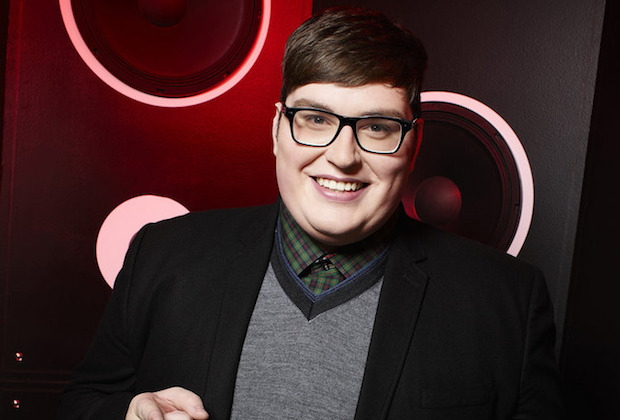