The Sex and the City star has begun production in New York City on the new HBO comedy Divorce, and we’ve got a first-look photo of Parker in character.

The actress, who is also serving as an executive producer, is playing Frances, “a woman who suddenly begins to reassess her life and her marriage, and finds that making a clean break and a fresh start is harder than she thought.”

Other stars of the series include Thomas Haden Church (as Parker’s husband Robert), Molly Shannon, Talia Balsam and Tracy Letts.

Divorce is created by Sharon Horgan, who was involved in the series Pulling, Dead Boss and Bad Management in the United Kingdom. Horgan also will executive-produce alongside Aaron Kaplan (The Mysteries of Laura), Alison Benson (Work of Art) and Paul Simms (Girls).

Check out the full photo below, then hit the comments and share your anticipation level! 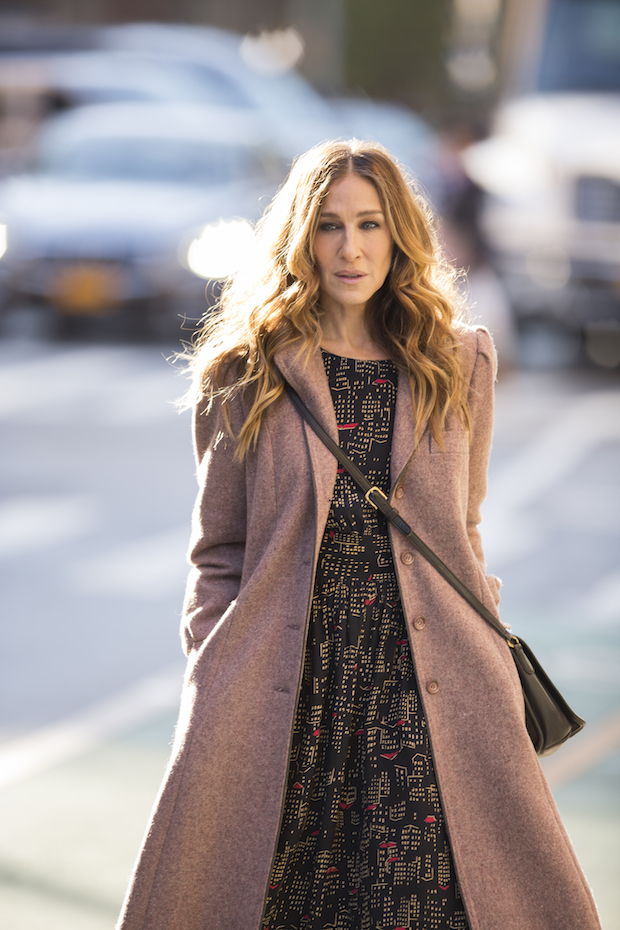