We’ve got questions, and you’ve (maybe) got answers! With another week of TV gone by, we’re lobbing queries left and right about shows including Girl Meets World, Jane the Virgin, NCIS and Scandal!

1 | Shouldn’t Girl Meets World have given Maya and her mother a scene to discuss how they felt about Kermit’s arrival? Also, are we to trust that Katy and Shawn are still dating, despite the fact that Rider Strong hasn’t made an appearance for 16 episodes? 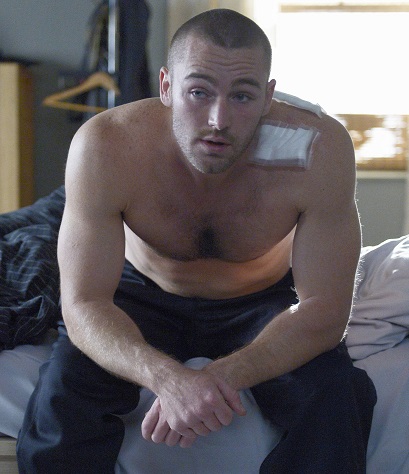 2 | Where do you fall on Undateable making meta jokes about the actors’ past projects: Yea or nay?

3 | How many bullets is Quantico’s Ryan going to take before he starts wearing a protective vest 24/7?

4 | Considering how readily available artillery seems to be on The Walking Dead, doesn’t it seem like Maggie and Glenn should have been able to score a few boxes of Trojans somewhere along the line?

5 | How are we to believe that The Good Wife‘s Ruth is a highly sought-after political strategist when she advocates photo ops like Peter and Alicia dressing in the exact same outfits Barack and Michelle Obama wore for the current POTUS’ own campaign kickoff? And on what planet wouldn’t one (or both!) of the Florricks have refused to wear 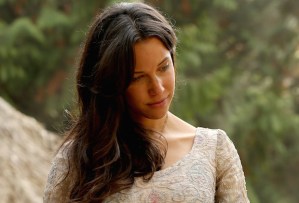 those overcoats in a hot, cramped high-school gym?

6 | Did Once Upon a Time‘s Nimue (played by Carolyn Ford) give you Evangeline Lilly vibes?

7 | Is The Last Man on Earth a better show when it just focuses on Phil and Carol?

8 | Was Supergirl pushing Kara’s “secret identity” by putting her in a fitted, long-sleeve blue top and with her hair down? And if she is going to IM her cousin Clark Kent about the alien superhero life, can we trust IT whiz Winn to encrypt their exchanges? Also, as noticed during one fly-by: National City has palm trees?

9 | Castle has a secret room within his secret room? Given the price of NYC real estate, isn’t he shelling out a bunch for hidden nooks?

10 | We love Jane the Virgin, but has she cried almost every week this season?

11 | If The Flash’s Patty twinkled any more when with Barry, would we have to call her Dr. Light? And are we to look sideways 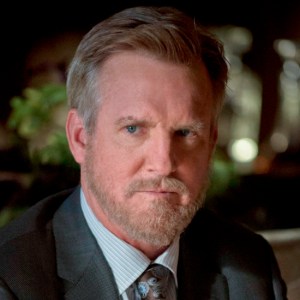 at Linda Park from here on, knowing that her doppelgänger is on the loose out there (presumably after stealing some clothes from The Limited)? Finally, do you buy the idea of Robert Queen as The Hood on Earth-Two? (He must be pretty spry!)

12 | Can an NCIS superfan out there please hit us with a supercut of each team member reacting to the news that Jeanne Benoit had resurfaced?

13 | Should Fresh Off the Boat‘s Evan and Emery have their own web series?

14 | Should Arrow‘s Oliver and Felicity perhaps invest in curtains? (And Oliver has a journal?! What do you suppose he writes in there?) Also, does Lance’s “meet cute” with Donna only add to the likelihood that he lands in the grave?

15 | On Supernatural, were there strangely inappropriate vibes between Dean and teenaged Amara?

16 | Any suggestions for how to safely bleach away the sight of Empire‘s lesbian Mimi and homophobic Lucious making out, in anticipation of a three-way with a random chick? Also, who is actually running Empire nowadays, what with Jamal and Lucious seemingly doing everything but that?

17 | Did anyone miss Nashville‘s Maddie this week? (Yeah, we didn’t think so.)

18 | Though Survivor blindsides are as commonplace as sunburn this season, didn’t Savage’s elimination still manage to be a shock-and-a-half?

19 | What sort of cool Star Wars perk do we think Shonda Rhimes and the casts of Grey’s Anatomy, Scandal and How to Get Away With Murder received in exchange for their participation in this week’s 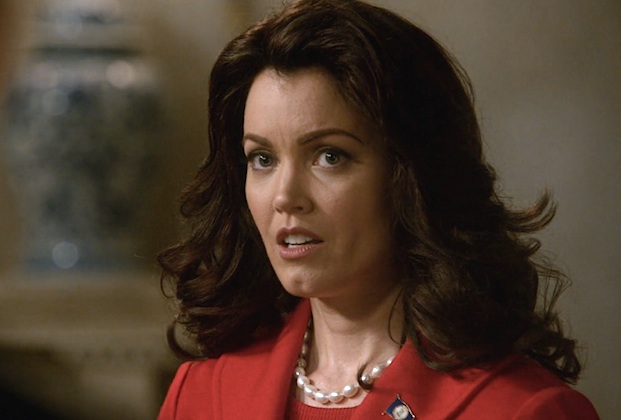 20 | Does Mellie’s relative absence from Scandal these past two weeks seem kind of odd?

21 | Since when can Vampire Diaries‘ bloodsuckers have children? (Wasn’t Rebekah’s whole sadness that she could never have a family?) And when are we going to find out what Matt is up to in the future? (Or does he not have one?!)

22 | The Player’s Cassandra has to be Felicity Smoak’s cool older cousin who was raised overseas, yes?

23 | If Sleepy Hollow‘s berserkers were strong enough to hurl an engine block at Ichabod and Joe, shouldn’t they have been able to bust through that metal door a lot faster than they did? And, given the ease with with he’s blended into the team (and the speed with which he hooked up with a Mills girl), isn’t Joe basically the anti-Hawley?

24 | Hawaii Five-0, The Flash, Scandal…. Exactly how many shows this past week trotted out shocking in media res openings, followed by the likes of “48 Hours Earlier…”?

25 | Is Justin Bieber a guest on Ellen every other week or does it just feel that way?