The Mysteries of Laura will be visited by a trio of small-screen vets in the new year.

Willie Garson (White Collar), Stockard Channing (The Good Wife) and Jerry O’Connell (Burning Love) will guest-star in the 2016 episode “The Mystery of the Downward Spiral,” TVLine has learned exclusively, which revolves around the death of Belle Reve Perfumes magnate Michael Dunham.

Garson (pictured above with Debra Messing) will play Georges Tilieu, a professional “nose” employed by the perfume company for 20 years, while Channing will play Belle Reve’s in-house counsel Brenda Phillips, described as a “shark in killer heels.” O’Connell enters the fray as Jon Dunham, Michael’s son — and the potential heir to his company.

Channing and O’Connell (pictured below) will reprise their roles in a second episode titled “The Mystery of the Unwelcome Houseguest,” in which a major development in the Dunham murder case “leaves Laura in mortal danger.” 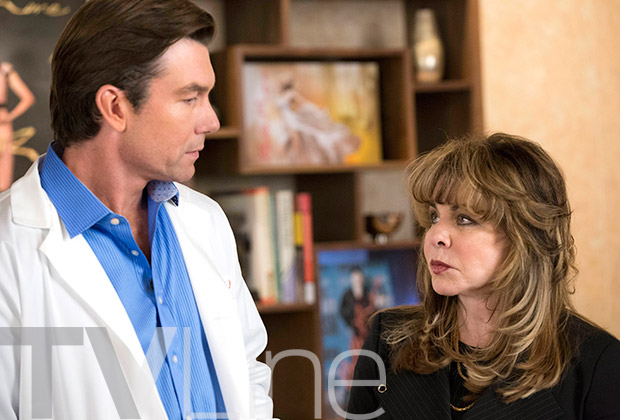 The Mysteries of Laura airs Wednesdays at 8/7c on NBC.