Since Jeanne’s father René was, unbeknownst to her, the arms dealer known as La Grenouille, Tony was tasked by then-director Jenny Shepard with getting close to the possible asset — and get close he did, falling into a romance with the beautiful doctor (as “Tony DiNardo”). When the truth about both Jeanne’s father’s criminality and Tony’s op eventually came out, the romance stopped short so quickly, you could almost hear brakes squealing.

TVLINE | I just watched this week’s episode and there are scenes that are so heavy with unexpressed emotion. I mean, when Jeanne and Tony lock eyes for the first time, I didn’t know whether to cower in a corner or make popcorn and pull up a chair.
[Laughs] Yeah, it was certainly intense when we were filming it — like, how do you feel when there is so much going on? Tony Wharmby, who directed my last episode [Season 5’s “Internal Affairs”], with the elevator [break-up], also directed this one, so I was like, “This is pretty full circle.” But there was so much emotion just coming back to this show after all these years and getting to see everybody. I know Emily Wickersham (who plays Bishop) from when we were in an acting class together years ago in New York City, so it was crazy to have her in that first scene as well.

TVLINE | Was the previous storyline still fresh in your head or did you need any prompts to revisit it?
It was still pretty well there in my memory. I remember it that well in part because I had just moved out to L.A., and it was one of my first jobs out here…..

TVLINE | And it got pretty intense. 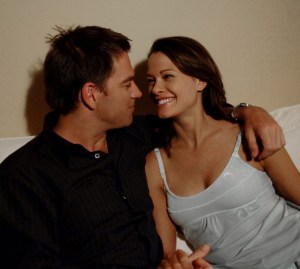 Oh, yeah. It was very intense in terms of who Jeanne and Tony were. It was also fun coming back all these years later having so much more that I know as Scottie Thompson, the person acting in the role. It’s fun to now be able to play with such a rich backstory between these two characters, because while it was emotional and intense the first go-round, it initially didn’t have all of that going on. It just ended more or less right after all these truths were unveiled, and then it was left to hang. It wound itself up in a certain respect, but there was also unfinished business. But that’s usually how life goes — “Well, I guess that happened.” It’s been fun to explore what happens when you run into this person you were so connected to, after you’ve moved on with your life.

TVLINE | What do you think is going on inside Jeanne’s head the instant she comes down those stairs and first sees Tony?
[Sighs] A million things. All at once. There’s still a lot of anger, but underneath it all there is such a love, because these two people really loved each other and circumstances more than anything else separated them. So of course there’s a lot of pain and anger and resentment, but at the same time there’s this deeper, underlying love. At first, you’re like, “Maybe I’ve moved on and forgiven,” but then you actually see the person and you’re like, “Shoot! I don’t know if I’ve forgiven fully.” And that’s something going through her head. But also, she’s really concerned because her husband is missing.

TVLINE | That’s whats almost tortuous about the situation — Jeanne and Tony have so much to potentially say to each other, but as important as that is, it’s actually secondary to the crisis at hand.
Yeah. It’s a wonderful thing to play with, all those subtleties. Because even though there’s the main story, you’re like, “What’s really going on between these people?”

TVLINE | Is it difficult for her 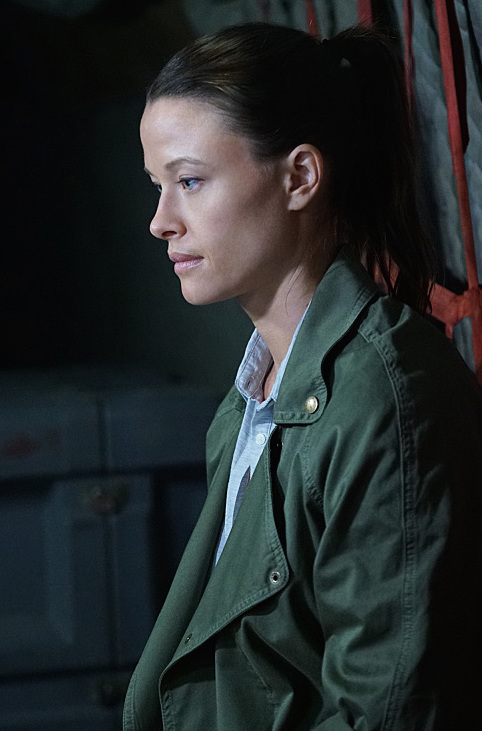 to work this mission to the Sudan with Tony?
Very much so. She doesn’t really have a choice, because the team is going and she wants to be a part of it — and as she argues, she knows the area better than anyone there, so she should be there to help out. But it’s like, “Now you’re waiting for the person that broke your heart to be your savior…?” [Laughs] It’s a tough position to be in. Also, it’s been a long time and she has moved on. She doesn’t know if he has, but she’s married and made something else of her life that seems meaningful and fulfilling in a lot of ways.

TVLINE | Do you think the husband helped her to fully heal, or is there maybe still a hole?
I think there’s definitely still a hole, because it’s not like [she and Tony] ever fell out of love per se. Life just knocked us in different directions, which is very different from when you fall out of love. There’s, “I loved this person but I’ll never love them like that again” versus what she’s gone through, which is: “I loved this person and then this horrible thing happened and I had to stop loving him,” and I don’t know if she wanted to. I think her husband is definitely part of the healing process — she found someone who’s passionate about the same things she is — but in my head, she has a love for him that maybe is not the same kind of love [she shared with Tony].

TVLINE | How was it working with Michael Weatherly again?
Oh, such a treat. When I first worked with him, I met him at a lunch with [NCIS creator] Don Bellisario and I had just totaled the first car I ever bought — and Michael was like, “I have an old Jeep Wrangler I don’t drive, you’re welcome to borrow it.” So I drove his Jeep around for a month, and I didn’t even know him! He’s so nice. Also, it was just so much fun remembering how funny he is on set. He makes things really enjoyable, and he’s very generous as an actor.

And while last time I really only also worked with Mark [Harmon] briefly and Lauren Holly, here I got to work with Mark again and everybody else, pretty much. It was amazing to work with David McCallum and Sean [Murray] and Emily…. But yeah, Michael just cracks you up the whole time!