Jane the Virgin is no longer torn between two lovers.

Also in the following Q&A, Urman reveals whether Jane’s decision will stick and teases the Rafael-related fallout in tonight’s episode (The CW, 9/8c).

TVLINE | Why did you decide to choose Michael as the guy for Jane?
A lot of our journey last year was about fantasy versus reality and what Jane wants versus what she thinks she wants. She was really thrown by Michael lying early on because she was going through such a crazy period in her life, and she realized her mother lied about her father’s identity. Michael’s lie really threw her off, and she was feeling this connection to Rafael. I really wanted to explore that, but I also wanted to explore what happens when the fantasy starts to fade a little.

[With Rafael and Jane], you have two people that are really fundamentally different. Through all the events of last year, the thing that Jane realized is that the person who loved her all along and was unwavering [was] Michael. It felt true to the character that she would suddenly realize, “Oh, my God, it’s Michael! And this accidental insemination threw everything off. I was grappling and trying to figure it, but it’s here right in front of me.”

TVLINE | Was there any debate in the writers’ room about the choice?
There’s always debate. We’ve always known that half [of the viewers] would be disappointed. But I hope that everyone is ultimately on Team Jane and wants her to be happy.

TVLINE | What can you offer for the Team Rafael fans then? Is there any hope for them?
I can say that we’re five episodes in on our second season and I hope that this is a very long journey. Jane and Rafael have a child. Things can always change. We’re in a telenovela.

TVLINE | Unbeknownst to Jane, Rafael knows she wants to be with Michael. How is he going to react?
He’s debating what to do. Does he make a big last play? Does he go down with or without a fight? Does he accept it? The bomb has been dropped, so he has to figure what his play is. 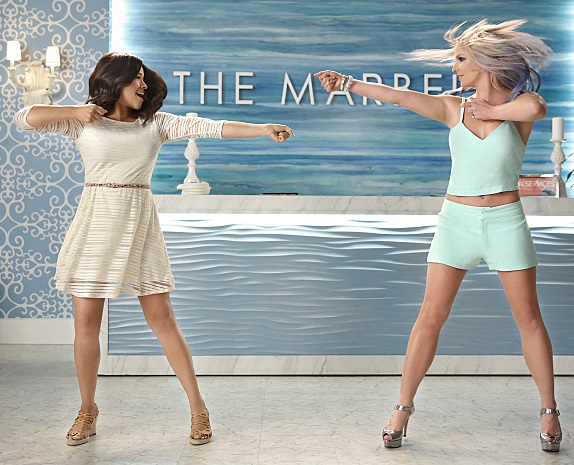 TVLINE | Tonight’s episode also features Britney Spears. What do you think fans are going to enjoy most about her guest spot?
Gosh, I think they will enjoy Britney and Gina’s dance. And the interplay between the two superstars that are Rogelio De La Vega and Britney Spears.

Jane the Virgin fans, what did you think of the gal’s big choice? And make sure to check out TVLine after Monday night’s episode for more scoop!