This Monday on Gotham (Fox, 8/7c), it’s no less than “Babs Gone Wild,” to hear Erin Richards tell it.

Having laid relatively low ever since the “Maniax” were first unleashed upon the metropolis, Barbara this week is finally tasked with a deadly mission, as part of Theo Galavan’s grand plan to seek revenge on those who hundreds of years ago erased the Dumas family from Gotham history.

Barbara, though, as we know, is highly unpredictable, so don’t be surprised this week when things go positively b-a-n-a-… actually, we’ll let the Brit beauty sing it for you in a moment.

TVLINE | What has Barbara been up to, besides eating bagels and sleeping? We have been told she sleeps a lot.
[Laughs] She’s just been recharging her batteries, yeah. Causing mischief. But this week, Theo finally lets her out of her cage. The thing about Gotham is there’s so much to do, there are so many other stories to tell, but now is Barbara’s moment. It’s Babs’ moment! 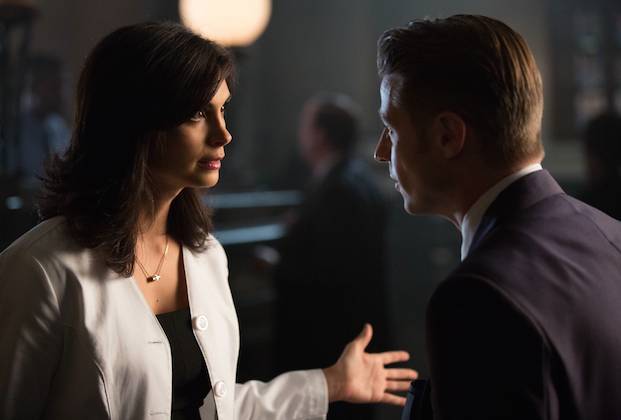 TVLINE | What is Theo’s mission for her, roughly?
[Plainly] To kill Jim Gordon.

TVLINE | Oh, geez. That’s a bit harsh.
Mmm-hmm. Yeah, it is harsh. It might not be what she wants to do, but it’s what Galavan wants her to do.

TVLINE | Oh, might Barbara deviate from the mission in the name of her own self interests?
She may have other plans…. She may not be doing exactly what she’s told — which shouldn’t come as too much of a shock to anyone!

TVLINE | [Executive producer] John Stephens told me that this episode is “bananas.” How so?
[Singing] “It’s bananas! B-a-n-a-n-a-s!” I haven’t watched the full episode but I ADR’d some of the lines, so I got a glimpse of how bananas it is. And I mean, it is just “Babs gone wild.” She has free reign in Gotham for the whole episode, so it was really, really fun for me to do. And I’ve heard that it looks really great, so I’m very excited to see it.

TVLINE | Is she totally unhinged at this point or is she holding on by a thread?
I think she’s completely sane, in a very insane way. If you were to ask her, she would say that she’s completely within her rights to be doing what she does, but from the outside it might look like she goes completely nuts. But she’s got a definite plan. She’s a woman on a mission, right from the start of the episode. Now, it probably doesn’t end exactly how she wanted it to, but…. There’s a definite ending. 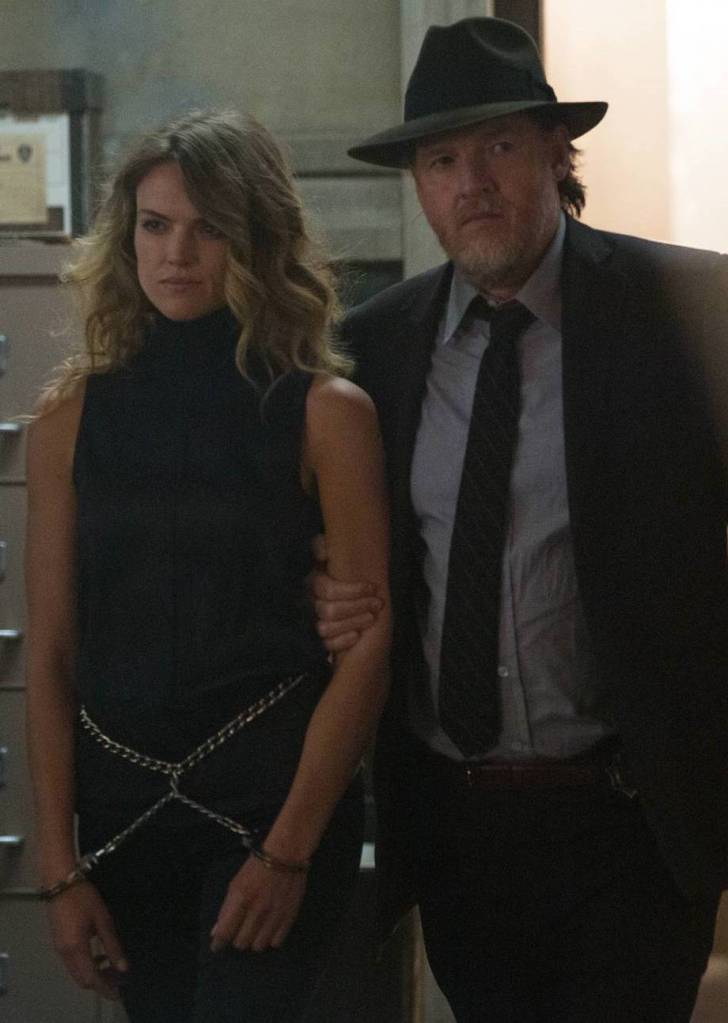 TVLINE | In one of the photos they released, Bullock has her shackled up. That can’t be part of her plan, I imagine.
Well, it might be part of the plan. She works in mysterious ways. [Chuckles]

TVLINE | John also said that in this episode, the Jim/Lee/Barbara triangle “culminates in a beautiful, crazy way,” which has me worried for Barbara. Might one of these people not walk away…
…maybe not completely unscathed? It’s a high-stakes situation, for sure.

TVLINE | We talk about a triangle, but does Tabitha have any skin in this game? Are things at all serious between her and Barbara, or is it more about “stress relief” at the end of a day of treachery?
It’s probably, yeah, like a release. But also there’s intrigue there, because Tabitha’s a really strong woman with a lot of skill that Barbara could adopt. If Tabitha would teach them to her, I’m sure Barbara would be happy to learn. There’s a mutual respect that maybe isn’t so present with Theo, because Barbara is just straight up using him. But with Tabitha, she’s a bit more intrigued.

TVLINE | I know you 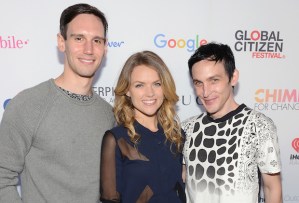 put a lot of work last month into the Global Citizen Festival (a community of activists tackling poverty, inequality and climate change). For anyone who didn’t participate, what can they do to contribute?
That can go onto GlobalCitizen.org and there are constantly actions that people can take where they’re learning about different things that are going on around the world, where you can petition politicians and show your support for particular aid organizations…. There are so many things you can do if you go to GlobalCitizen org.