Blood, sex, manipulation. It’s all in a day’s work for the ballet company at the center of Starz’s Flesh and Bone (premiering Sunday).

The limited series follows ingenue Claire (played by real-life dancer Sarah Hay) as she runs away from her troubled past and falls into a “dark and gritty” situation that is a far cry from co-star Sascha Radetsky‘s circa-2000 dance-themed movie Center Stage, the actor says.

The Starz project “really takes risks,” Radetsky continues. “It explores all the shadier elements of not just the dance world, but of human beings.”

Below, Radetsky previews his character’s not-so-good intentions and reveals just how realistic the the fictional dance drama is. He also talks about reuniting with Center Stage colleague/pal Ethan Stiefel and that film’s ongoing legacy.

TVLINE | Was the drastic difference between this series and Center Stage part of the appeal of the role?
Sure. It’s nice to play a role that’s a huge departure from your own character. It’s a great challenge. But more than that, the opportunity to capture on screen some dancing and possibly broaden ballet’s audience a little bit was the biggest attraction.

TVLINE | You didn’t do a lot of acting between this and Center Stage, so this had to be something really special to draw you back into that world.
Yeah. An incredible team is involved. I was a huge fan of Breaking Bad, so I was a fan of [creator] Moira [Walley-Beckett’s] work, of course. Lawrence Bender and Kevin Brown, they both have ballet backgrounds and they’re both rock-star producers. Ethan Stiefel is my best bud probably, and he was the choreographer already in place. So I knew that with that elite, crack team of artists and professionals and showrunners that something special was going to come out of it. 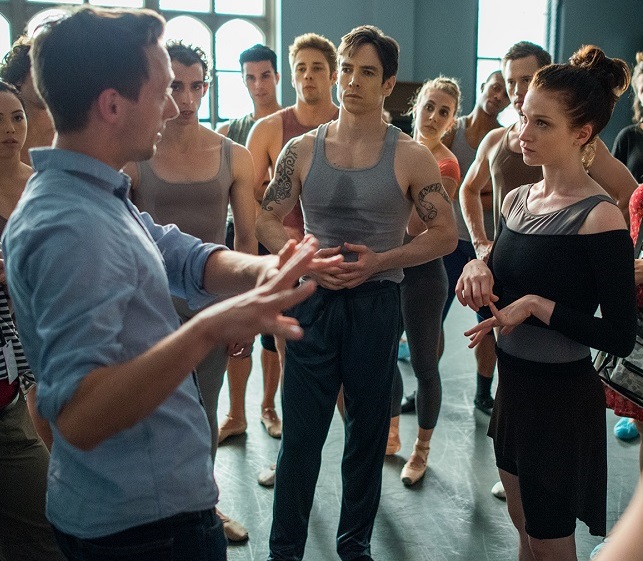 TVLINE | Did you get to collaborate at all in the choreography or was that strictly Ethan’s (pictured right with the cast) territory?
The best choreographers are open to a little bit of input from his or her dancers. So, sure, there’s a little bit of collaboration involved. A choreographer wants to play to his or her dancer’s strengths. He was receptive to feedback, absolutely. He had a really tough job because he had to tell a story. He couldn’t make things too crazily technical because we had to repeat these sequences so many times for the camera. So he had to be sensitive to our physical limits, yet be true to himself in what he wanted to create.

TVLINE | Moira said at the TCA panel that it’s a character-based show and ballet is the backdrop. So how much dance are we going to be seeing? Is there a big centerpiece?
Yeah, there is. … I know what we filmed, I know what was scripted, but I don’t know what made the final edits. So I can’t attest to the amount of dancing precisely,, but yes, there is more and more and more. 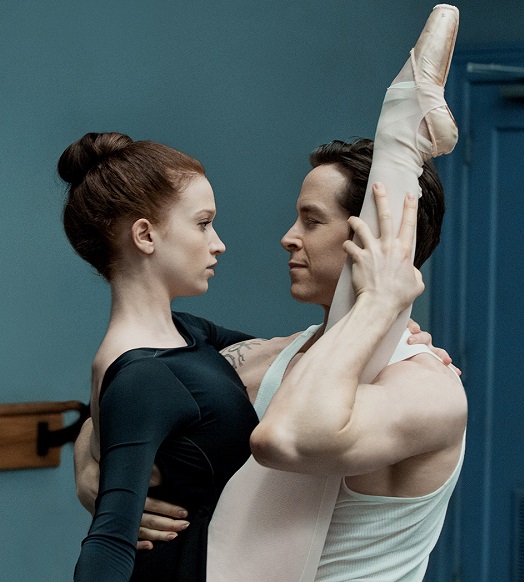 TVLINE | Your character, Ross, has some interesting interactions with Claire in the first two episodes. What is his interest in her?
I think he’s intrigued. Obviously, initially, he just sees her as a potential conquest, sexually. Not the most honorable motive there, but then he respects her as an artist and her abilities and her talents. He’s excited possibly to work with her in that arena in the studio, on stage. But his first impulse, before he even sees her dance is like, ‘”Oh, I’m going to get this girl in bed.”

TVLINE | From what little we see of him in the first two episodes, is it safe to say that he is maybe not the greatest guy?
It’s safe to say that, with the caveat that every character goes on his or her own journey and reveals different aspects of his or her character and personality. So you’ll see more than just the douchebag surface.

TVLINE | How much of this story, the dark reality of this world, is true to what you’ve experienced in your life as a ballet dancer?
My experience was different, but then there are elements of truth. That said, everything is heightened for drama. The support and kindness and camaraderie among dancers wouldn’t make for very compelling television. So, wisely, that is not highlighted.

TVLINE | Starz CEO Chris Albrecht said Flesh and Bone will probably not go beyond this limited-series format. Did you feel like there was really a sense of closure to this story by the last episode?
I think it could go either way. It’s a standalone series, but Moira’s always thinking and she’s creating new storylines, so there’s certainly room for more to be explored.

TVLINE | Would you be up for coming back?
Yeah. [But] I don’t think it’s even a remote possibility that it’s going to happen. I think everyone’s really thrilled with it as a standalone season and have moved on, so… 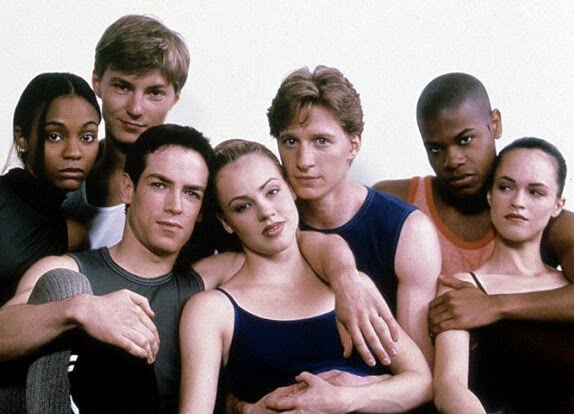 TVLINE | Will you indulge me for a second with a Center Stage question? The movie has become a cult classic among people who love dance movies. When you were filming it, did you have any feeling or a hint that it would go on to have such a life afterwards?
No, none at all. It’s been quite astonishing and pleasantly surprising that it still has legs and continues to be beloved.