Annalise’s confession about her protective relationship with student Wes was the blazingest (and most engmatic) in a series of big burning questions raised during Thursday’s episode of How to Get Away With Murder.

And while creator/showrunner Pete Nowalk isn’t ready to share why exactly that statement made Annalise’s on-and-off lover Eve call her “a very good person,” he is offering a possible timeline for answers — plus some dire warnings about other threads left loose at the end of the hour.

For starters, just because everyone loves Oliver doesn’t mean he’ll necessarily survive whatever happens after he discovers creepy Philip has snuck into his apartment. And as for Laurel’s face-off with Annalise, well, Nowalk’s got an observation about it that you might find hard to believe.

Read on to get the inside skinny on “I Want You to Die” and some teases about what’s to come heading into the Nov. 19 fall finale.

TVLINE | Can you say definitively that Bonnie is the one who kills Emily Sinclair? You didn’t show her pushing the ADA off the balcony — we just saw her standing up there after the body went splat, so I am hesitant to make any assumptions.
I’m not telling you either way. It’s definitely possibly true. [Laughs] We’ve trained you well: Never make assumptions on Murder. 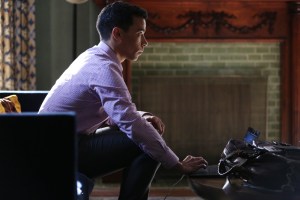 TVLINE | Oliver ended this episode in a very precarious situation — which is especially upsetting since he’s so sweet, and one of the few characters on this show without blood on his hands. Is it possible Philip’s, “Hi, Oliver, how’s your night going?” shouldn’t be causing all of us to panic? Maybe he’s just stopping by to figure out what’s going on?
Oh, you’re so cute in how you ask these questions! [Laughs] I mean, Philip follows him into his house uninvited — that would cause me a lot of panic, and panic is the right word for how Oliver feels, too.

TVLINE | Is Oliver a character you’d ever consider killing off? The sweetest relationship right now is the one he has with Connor — and it would just be a heartbreaker if you went there.
[Laughs] We consider every option in the writer’s room. That’s our job. We consider killing every character if it’s necessary to the story, unfortunately. Believe me it pains us just as much as it pains everyone else, but it’s part of the process. I do feel like Oliver is the person the audience identifies with the most. He’s the most human and has lived his life the way most of us do — which is not around murders. So, I get why people are projecting on his and wanting him to have a good life.

TVLINE | When you created the character of Oliver, did you ever think he’d be this significant to the story?
No, never. I wrote two little scenes in the pilot and I watched a bunch of auditions on tape. We were in Philadelphia and so they sent us some actors from New York, because they could work locally. And I remember there were all these great choices, but Conrad [Ricamora] just jumped out. He was really good in those scenes, and a few months later, as we’re making the show, it’s like, “Maybe we should bring him back: They had a fun dynamic!” And now look where we are. We stumbled upon an amazing actor and a great chemistry with Connor. But it was never my intention to have Connor fall in love with the first person we had him date. That’s why TV is fun to write. 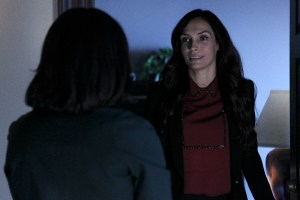 TVLINE | Let’s talk about Eve and Annalise’s big scene: Eve figuring out that Wes is the one Annalise is protecting in the case of Sam’s murder, and Annalise countering with, “It’s him.” What did she mean by that? Is he her son? Is he the son of a client? Is he a more distant relative? And does that mean we have to cross out the idea Annalise is interested in him sexually?
Obviously, Eve and Annalise have a secret. And bringing Famke [Janssen] back — with all the history between them — I really wanted Eve to know something about Annalise that nobody else did. It’s one of the questions I get the most. “Why does Annalise connect to Wes? What’s the deal there?” At this point we have to start to inch toward the answer. I know it’s frustrating to watch TV and not know certain things. But while that line doesn’t tell you a lot, it tells you you should pay attention — and we’ll give you an answer soon.

TVLINE | Will we have an answer about Wes and Annalise’s connection by the end of Season 2?
Since the whole season’s not written, I can’t promise anything. But we will provide more answers than you got in this episode — for sure. It’s not our goal to frustrate people; it’s our goal to intrigue people. And part of that intrigue is giving you answers.

TVLINE | Did you know what the Annalise-Wes relationship was going to be from the minute you conceived this show? Or were you hesitant to lock that idea in too early? I do feel like theirs is the most mysterious relationship on the show.
I’d love to say yes, I knew exactly what was going to be between them, but that would be a lie. It’s a thing where you watch and react. I remember in the pilot, when Viola was scolding him in the lecture hall, she brought so much more of a feeling of care in her eyes than I’d pictured, and it grew out of there. They’re one of the central relationships — if not the central relationship — so I watch how they play it, I watch how much she protects him, and in some ways I’m following the story like the rest of you. And I’m really excited about what we’ve come up with: It feels very true and real and interesting. But I did not plan any of it. 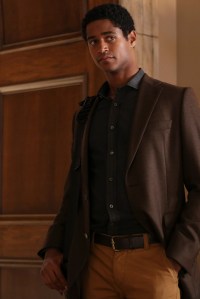 TVLINE | Can you tell me if Wes somehow knows something more about Annalise — or whatever their connection is — than we’ve been made aware?
I can’t answer that, but it’s a great question. Why do Bonnie and Clyde get together? That was romantic, obviously, but there’s a lot more going on between Wes and Annalise than either of them understand. They’re two characters that found each other at the exact right time, and they need each other. Whether or not that’s healthy, they both feel a pull toward each other.

TVLINE | The other bombshell this week was Bonnie and Annalise’s fight — Bonnie’s belief that she was a card that Annalise traded — and then Bonnie saying she wishes Annalise had died, not Sam.
People may not understand this, but Annalise has these deep relationships with people where there’s obviously angst, but also a really deep well of emotion. Bonnie and she have all this history, and this real muck together that bonds them. They really identify with each other and that’s why they’re so twistedly bonded. Annalise believes she’s saved Bonnie — and Bonnie has said that to her, too. They have a shared history of abuse as children. So here is Annalise thinking, “After all we’ve been through, how dare you accuse me of not loving you?” 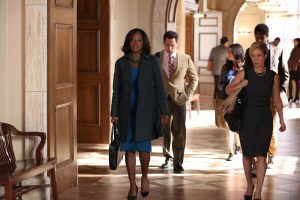 TVLINE | Can this relationship be saved?
They’re in the darkest part of their relationship. They’ve known each other a long time — we’ll [eventually] reveal how long — and for most of their relationship, it was really good. We’re meeting them when years and years of resentment, history and baggage are bubbling up to the surface and bursting out of them. I mean, marriages die in a day, so it’s certainly possible that their mother-daughter relationship — or whatever you want to call it — could implode in a second.

TVLINE | It felt like Laurel won the ultimate trophy this week with Annalise saying she doesn’t have to check on her because she knows Laurel can handle herself — before, of course, snapping, “Go back to the office and stop being needy!” In a lot of ways, Laurel has been the most quiet character, and now she’s starting to get super interesting.
Yes! I love that. The concept for Laurel — and Karla was really patient with me, because she’s a big move star in Mexico — is that she’s underestimated. So many people go through life feeling that way. That was the first scene Karla ever had alone with Viola — and that’s shocking to me. Everyone else has had that. But that was always the intenion: Laurel gets her strength from a very specific place in her backstory. And I think Annalise really meant that when she said “I don’t have to pay attention to you, which is what I love about you.” [Laughs] A lot of the good children are the ones that get ignored by their mother or their teacher or whoever.