“On the bright side, she’s dying!”

If you’re worried that CBS‘ Mom might dial back on the gallows humor in Season 3, Christy’s chipper take on the appearance of her long-lost biological grandmother should reassure you.

Of course, as fans of CBS’ increasingly nuanced comedy have come to expect, there’s a gut punch before the punchline: In this case, Shirley’s (guest star Ellen Burstyn) confession to Allison Janney’s Bonnie that she’d abandoned her to the foster-care system after falling in love with a man who didn’t want to be around children.

The hour begins with Christy breaking the news to Bonnie that she’s been tracked down by a private eye looking to connect her with Shirley. Turns out, “your recent DUI seems to be the gift that keeps on giving,” Christy jokes, but Bonnie has no desire to reunite. “My mother died stopping terrorists from blowing up Disneyland,” she huffs, keeping her own childhood fantasy alive.

Ultimately, though, Christy decides that even if her mother disapproves, she doesn’t want to miss the chance to learn about her sparse family tree. At first, she’s excited to sit across from a kindly old woman who smells of gingerbread (June Squibb), but then realizes she ought to be two tables over (where the scent is decidedly closer to cigarettes). Christy bares her troubled past, but then adds that she’s finally got her life on track. “I’m glad she could be a better mother to you than I was to her,” says Shirley. To which Christy shrugs, “Let’s just say it’s a horse race.” (No one on TV is dropping unsentimental truth bombs these days more effectively than Anna Faris.)

When Christy makes it home and tells her mother that Shirley is dying, Bonnie begrudgingly agrees to a meetup — and the silent reckoning between the two women is as riveting as it is heartbreaking. Shirley reiterates the dire financial scenario she was in as a young widow, but it’s clear Bonnie’s anger isn’t fueled as much by the fact that she was given up, but rather by the reasons Shirley never returned. “I screwed up with her,” Bonnie says, pointing to Christy. “What you did to me is unforgivable.”

In the end, though, it’s her sponsor/mother figure/begrudging pal Marjorie (AKA “Apple Head”) who convinces Bonnie that forgiving her mother will ultimately be a gift to herself. “If I could forgive you, I could finally be free of all the anger in my heart,” she says. “If not, I’m gonna drink again.”

It’s not a happy conclusion — Bonnie can’t bring herself to hug the broken old woman in front of her, then hears her weeping through her apartment door — but it’s a hopeful one. And hey, with Squibb’s shiny happy Dottie now on board as “Great Grandma,” maybe Bonnie’s right that you can pick your family after all.

What did you think of the Mom Season 3 premiere? Grade it in our poll below, then expand on your thoughts in the comments! 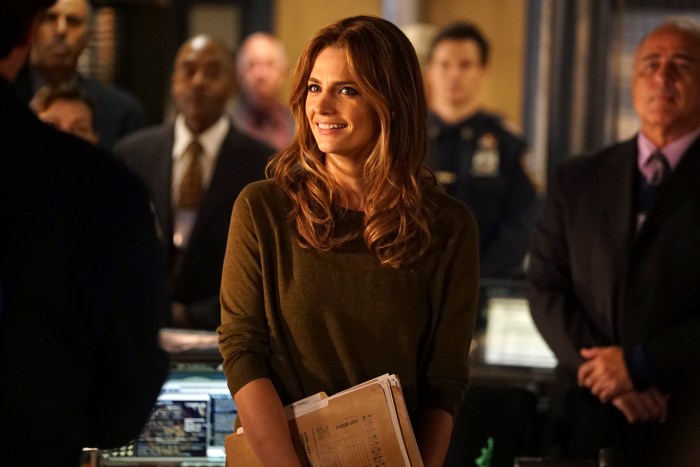