There’s a chill in the air on Thursday’s Season 4 premiere of Elementary (CBS, 10/9c) — but it’s got nothing to do with Mother Nature. Instead, the cold front arrives as Sherlock comes face-to-face with his estranged father, Morland (played by new series regular John Noble).

“They’ve not seen each other in maybe 10 years, and at least at first, they fall back into bad habits,” executive producer Rob Doherty says of the encounter. “It’s a very icy exchange. It’s pretty clear that one doesn’t like the other, and dad ultimately proposes they be bigger than this and focus on the real reason that he’s come to New York, which is to make sure his son is OK.”

Below, Doherty previews the complicated relationship, Sherlock’s standing with the NYPD and Joan’s suspicions about Papa Holmes. Plus: Watson’s got her own “complicated” family to deal with this season!

TVLINE | What is Sherlock’s state of mind, given his relapse at the end of the Season 3 finale?
Sherlock is in a dark place, and yet, he is invested in a program that he knows can help him come through the other side. As far as what’s happening logistically around him, he is waiting to find out if the district attorney is going to bring charges against him for the pretty vicious beating of Oscar Rankin last season. Considering Oscar was committing a crime at the time, it’s not really his place to bring charges against Sherlock, but the beating was so bad that it’s left to the district attorney to decide. A complicating factor, of course, is that Sherlock consults for the police department. And so, there’s a little extra attention being paid. Everyone’s making sure they dot their Is and cross their Ts before they make a move. So while he’s waiting to find out if he may ultimately have to go to prison for what happened, he’s also planning for the possibility that as a result of his actions, he and Joan will no longer be allowed to consult for the department. Sherlock wants to take the opportunity to prepare for any and all negative outcomes. [Laughs] He certainly wants to try to leave Joan in a good place.

TVLINE | Is Joan upset at all that she’s been dinged as a result of his actions?
You know, she’s not sure. It’s something that for the bulk of the episode, Sherlock is keeping to himself, that they have not talked about very, very deliberately. Instead, they talk around it. But, as we get deeper into the premiere, [they do have the conversation]. The whole thing is disappointment for Joan, but she also has a lot of sympathy for Sherlock, considering the circumstances he was in at the end of last year. 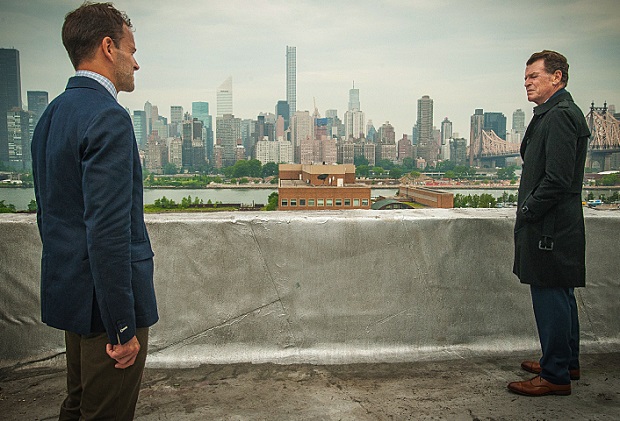 TVLINE | What does his father coming into the picture mean for Sherlock?
A bit of consternation. Over the first three seasons, whenever dad comes up, he’s usually compared to entities like Satan or Dracula. So we certainly haven’t painted a very pretty picture of him. … When dad appears, he’s going to point out that he helped set Sherlock on the path he’s been on for the last three and a half years. He’s the one who forced Sherlock into rehab. He’s the one who paired Sherlock with Joan. He certainly didn’t anticipate them becoming professional partners, but it did happen. She was his pick. Sherlock is forced to reconcile a pretty dark history with dad with the quality of life he’s enjoyed over the last few years.

TVLINE | What kind of a man is Morland? Not from Sherlock’s point of view, but who is he actually?
Morland, like Sherlock, is a kind of consultant. He works on an international scale. He’s someone who will consult for various governments and corporations and grease the skids for their various endeavors around the world. He’s someone who works from the shadows. He’s someone who can be fairly cutthroat. He certainly has his fair share of enemies because what is a Holmes without a few nemeses? He’s managed to amass a fortune over the years. I’ve always felt the family has money, but Morland is someone who’s taken a small fortune and made it something borderline obscene. 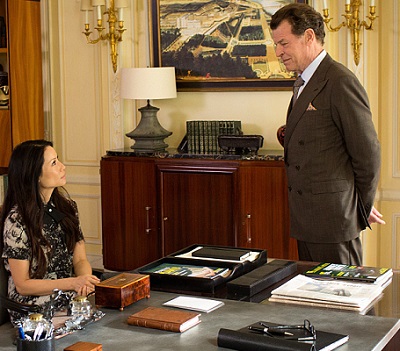 TVLINE | It sounds like Sherlock has a lot going on his personal life. What’s going on with Joan while Sherlock’s dealing with his dad?
We’re also going to be exploring Joan’s family over the course of the season. In a lot of respects, her family situation is as complicated as Sherlock’s. And, at least in the early goings, viewers may recall that Joan got along pretty famously with Mycroft. That will not be the case with Morland. So while Morland claims to be in New York to tend to his son, Joan has some suspicions that make things uncomfortable for a while.