Young-ish people with Wi-Fi connections everywhere are heralding the 25th anniversary of Saved by the Bell‘s iconic “Jessie’s Song” episode, and it’s really got me thinking… about another show.

For those of you who are tragically unfamiliar with 1990’s “Jessie’s Song,” allow me to begin with a recap: Upon discovering that his three best girl friends are somewhat musically inclined, über schemer Zack Morris turns them into a pop music trio. Empire‘s Hakeem could learn a thing or two from Zack’s business savvy.

Zack even books a gig for his new creation at the gang’s local hangout, but when Jessie — the tallest member of the group — develops a crippling (and no doubt scientifically accurate) addiction to caffeine pills, Zack’s master plan begins to crumble. Behold:

While the 22-minute production remains a timeless masterpiece — and Elizabeth Berkley‘s performance is both stunning and brave — it’s not the only pony in this race, my friends. Not by a long shot.

Five years after the events of “Jessie’s Song,” another Peter Engel-produced teen sitcom — the criminally under-appreciated California Dreams — attempted a similar feat, afflicting guitarist Tiffani with an out-of-nowhere addiction to steroids. Like Jessie, Tiffani turned to drugs as a method of coping with the seemingly insurmountable pressures in her life. And also like Jessie, Tiffani’s abuse was a real inconvenience for her bandmates.

On paper, I can understand why you might see California Dreams‘ pill-inspired episode (titled “Tiffani’s Gold”) as a cheap “Jessie’s Song” knockoff. But when you actually watch the s–t hit the fan, you’ll see it’s truly its own beast:

The sheer physicality of Kelly Packard‘s performance is beyond comprehension. Plus, Tiffani has the cojones to fly her freak flag in public, embarrassing her damn self in front of countless strangers. Unlike “Jessie’s Song,” this one also leaves you with questions, like: Did they ever get their morning show interview? Who’s going to clean up this mess? And why does Mark’s hand lightly graze Jake’s butt at 1:23?

Look, I’m not saying Tiffani’s freakout is definitively better than Jessie’s. I’m just urging you to consider them both before handing out any crowns.

And one last thought about Saved by the Bell, if I may: I also feel that “Jessie’s Song,” while irrefutably phenomenal, is celebrated for all the wrong reasons. When you take into account that Bell‘s leading ladies, who so far exhibited zero professional musical aspirations, suddenly decide to form the precursor to Destiny’s Child — Jessie was clearly the Beyoncé, no matter what Lisa thought — it makes Jessie’s sudden caffeine-pill addiction storyline seem way less crazy by comparison.

The fact that the group is called Hot Sundae is, well, just the cherry on top.

Where do you stand on “Jessie’s Song” and “Tiffani’s Gold”? Give ’em both a watch and drop a comment with your thoughts. 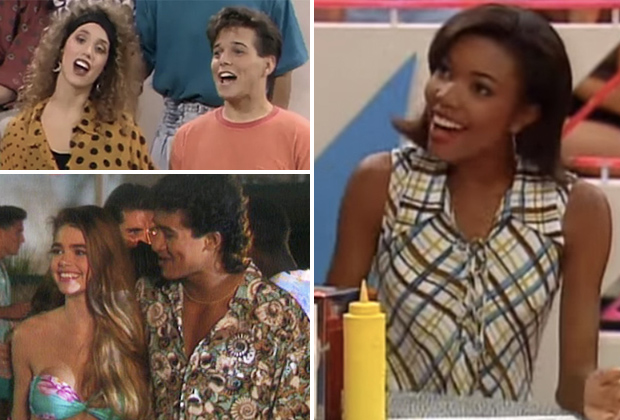