When it was announced that TNT had expanded Major Crimes Season 4 to a series-high 23 episodes, the news was met with a mixed reaction — equal parts “Yea!” and “Hold on just a minute, is this the end?”

But to those fretting that TNT was giving the crime drama a warm kiss goodbye, series creator James Duff maintains, “That’s not at all the case.” Rather, he suspects, the cabler was “looking to have some original content on the air in February, and they had not much to choose from at the time.”

That said, Major Crimes has not yet been renewed for Season 5. But Duff is forever optimistic. “TNT has made no secret of its desire to move to edgier fare,” he acknowledges. “But I think they also want to do that without losing the audience they already have.” And the fact is, while newer kids such as Murder in the First and Public Morals (not to mention one-and-done Proof) haven’t set the Nielsens on fire, Major Crimes continues to pull solid numbers, in both live and delayed viewing.

“Cable makes its money not by demos,” where The Closer‘s kin certainly could perform better, “but by subscribers,” Duff says. “So we’re valuable to TNT in that sense.”

Rather than just tack on the extra episodes, Duff and his writing staff crafted a “five-parter” to unspool during February sweeps. “We thought, Why not push ourselves to do a bigger story? So we’re doing that, and it will take five episodes to tell it.” Duff exhaustively detailed the compelling arc for TVLine, but in short: A horrific double-homicide is discovered to have been committed using a gun from a 12-year-old string of high-profile murders, including those of a cop and a district attorney. The arc will, in part, introduce us to Detective Lieutenant Tao’s former partner, whose career was ruined by the messy case.

But before we get to the 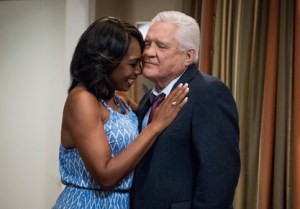 “additional five” (as Duff calls them), the Mary McDonnell-fronted series’ fall run is upon us, kicking off tonight at 9/8c. And it packs its own punches.

“The first episode is pretty wild,” Duff says, depositing as it does an SUV full of freshly slain “one tenth-of-one percenters” on an ER’s doorstep. “As Provenza (played by GW Bailey) says, ‘It’s like the beginning of a James Bond movie.'”

Also on tap is “a very odd episode” in which a murder occurs during the filming of a reality-TV series, when a dysfunctional couple’s car drives straight off a cliff during a scavenger hunt — and only one emerges from the wreckage alive.

Elsewhere amid the run, “Provenza is getting engaged, probably, to Patrice (played by Dawnn Lewis),” while Sanchez’s (Raymond Cruz) still-festering anger issues will move him to “confront the doctor he blames for his wife’s death,” Duff shares. Rusty (Graham Patrick Martin), hoping to make his new “Identity” series about the man who killed Alice Herrera, will lobby a judge for the opportunity to interview Slider (“the villain who has appeared more than any other on our series,” Duff notes, “played by the amazing Garrett Coffey”).

The twist that fans are 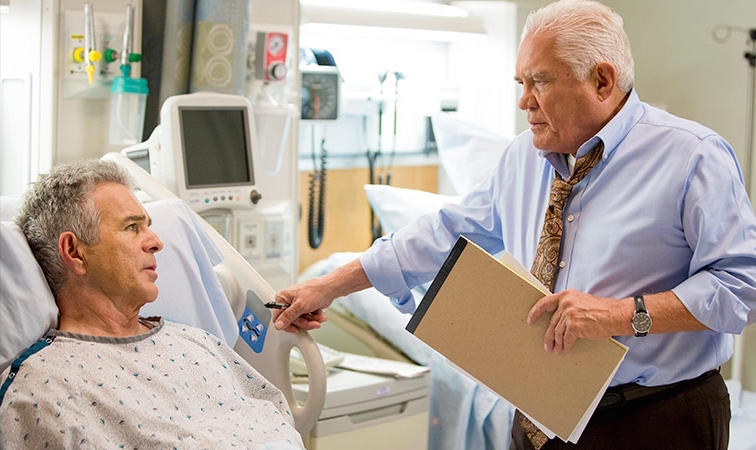 perhaps most abuzz about, though, involves an injury Flynn (Tony Dennison) suffers during the first episode, and which he will need these next eight episodes to recuperate from — all whilst crashing at Sharon’s condo. Heh.

Is Duff being shameless with this abrupt shack-up? Sorta. But no. “You can file this under ‘How Do I Accelerate This Relationship in an Organic Way,'” he says, pointing out that the injury storyline was on the drawing board before Andy and Sharon started to be played as a possible pairing.

As for what sort of patient Andy is, Duff laughs, “He’s a typical male, trying to tough it out without mentioning his side effects. He doesn’t want to present himself as a boyfriend and as a patient. That’s not his idea of sexy, or romantic.” Alas, his keeping quiet about his true progress will result in “very serious health issues,” Duff warns.

Because of this year’s scheduling,”We do have a Thanksgiving episode (airing Nov. 23), but our Christmas episode is not as Christmassy as we usually do,” Duff says. “But we do have a Christmas party at the end of our fall finale. And then in the winter we come back [with three episodes], and our five-parter is out there on its own,” in February.

Watch a sneak peek from the Nov. 2 episode of Major Crimes, “Four of a Kind”: