We’ve got questions, and you’ve (maybe) got answers! With another week of TV gone by, we’re lobbing queries left and right about shows including Once Upon a Time, Chicago Fire, Agents of S.H.I.E.L.D. and Supernatural! 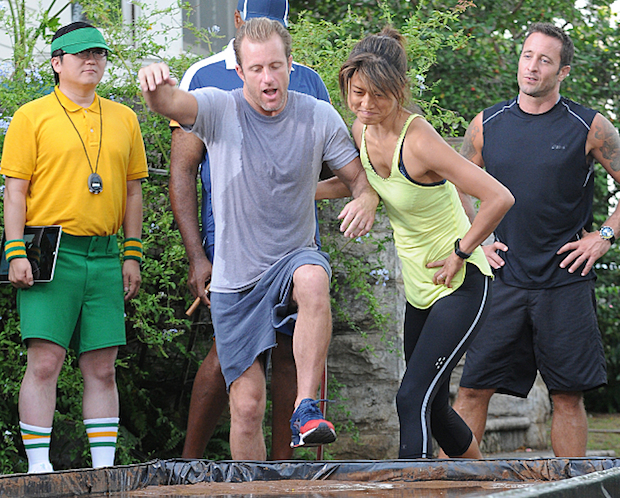 1 | Was Hawaii Five-0’s Max supposed to look like the boy from Up?

2 | TVLine reader Sarah asks: “On Blue Bloods, when did Nicky drop her second surname, Boyle, and only use Reagan? (Using the bonus of the family name?)”

3 | Is Eli’s closet-office on The Good Wife just a tiny (pun intended) bit too sitcom-y? As for an Alicia-Lucca law partnership: Yea or nay?

4 | How stoked must Once Upon a Time’s dwarfs be that they finally tagged along on an adventure? They’ve been positively integral 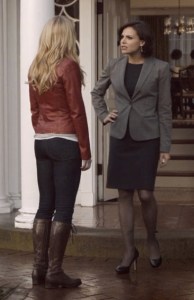 to the Camelot happenings thus far. Meanwhile, TVLine reader Shaz asks if anyone noticed “how this week’s last scene with Regina and Emma was a throwback to their original confrontation at Regina’s mansion in the pilot? Except this time the roles were reversed.”

5 | Were you surprised by how not surprised you were when Homeland revealed Mirando Otto’s Allison to be a turncoat? Homeland mole fatigue, perhaps? 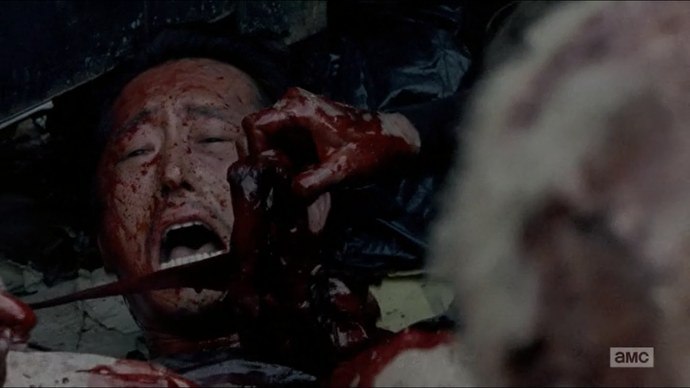 ripping out? And if Glenn is to survive, he still has to escape that Walker mosh pit he’s mired in — theories as to how he will do that?

7 | Will there be anything left from The X-Files premiere that hasn’t been seen already in a sneak peek?

8 | How do we make this Jane the Virgin dream a reality?

10 | Though it’s moot now, didn’t the Flash team let Firestorm wannabe Henry Hewitt in on Barry’s secret, or at least the S.T.A.R. Labs/Flash connection? And TVLine reader CSB asks: “Was I the only one that thought about the Buffy Loan Shark demon, who looked just like the King Shark?” 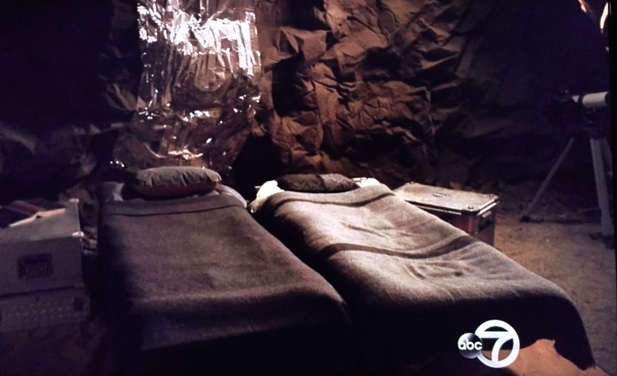 11 | Have inanimate objects ever delivered such a gut punch as the Agents of S.H.I.E.L.D. cots?

12 | After all of this summer’s hype surrounding Kermit’s new girlfriend Denise on The Muppets, why has she only appeared in one episode?!

13 | Can Chicago Fire‘s Casey and Dawson enjoy their pregnancy for more than two episodes before the “Oh no, will she lose the baby?” plot?!

14 | Were you expecting — or hoping — for Arrow’s Felicity to be a more capable, conscientious CEO? Or would that be unrealistic, given her lack of experience? Meanwhile, TVLine reader JoAnne asks about Sara’s homecoming: “How did Laurel and Thea get an undocumented, feral zombie into the country?”

15 | Are we all in agreement that Supernatural‘s “Baby” was the best episode in years? And sorry to increase your workload, Jensen and Jared, but doesn’t that just reinforce that the show is at its best when it’s focusing on just the boys?

16 | Was there anything more adorable this week than Sleepy Hollow’s Zoe recognizing that Ichabod was dressed as John Adams, complete with sartorial specifics? And him then politely feigning approval of her “Betsy Ross” costume?

18 | Since we know How to Get Away With Murder‘s Annalise didn’t make that peach cobbler herself, who do we think did? Or was it store-bought? Let’s solve this, people!

19 | Might The Player have shown more staying power if Wesley Snipes was kicking all sorts of ass right out of the gate, as he has done in recent, weekly showcases? Also: Why doesn’t someone who does what Alex does have a more resilient iPhone case??

20 | The Project Runway judges only had the balls to eliminate Edmond because they knew Tim Gunn still had his save to use this week, right?

21 | Which ill-fated, “trimmed” freshman do you feel is getting the rawest deal: Minority Report, Blood & Oil, The Player or (just to be all-inclusive) Truth Be Told? 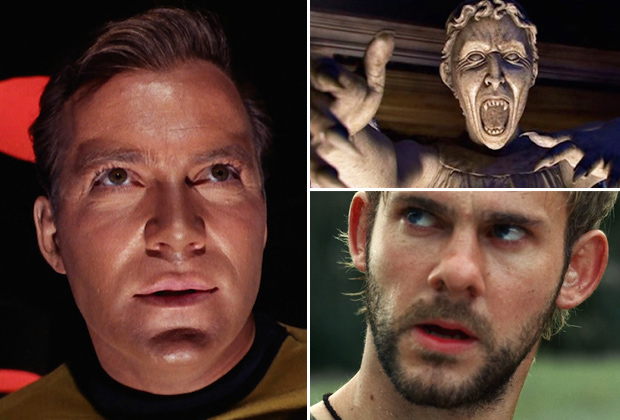