What do you do when your recently resurrected ex-girlfriend has turned into a feral killer? Call Constantine, of course!

Next Wednesday’s Arrow (The CW, 8/7c) finds Oliver reaching out to his old buddy (played by Matt Ryan) for help, and we’re sharing some teasers after viewing the special crossover installment.

First of all, the way that the former NBC player is incorporated into the CW series is surprisingly seamless — and suffice to say, he leaves behind a mark.

Read on for scoop on Constantine’s guest spot, Oliver and Laurel’s relationship, a dynamic new duo and more.

* While the purpose of the exorcist’s appearance is to help restore Sara’s soul, he also has a connection to two other storylines. In related news: Constantine gives Oliver a parting gift of sorts — and a warning. 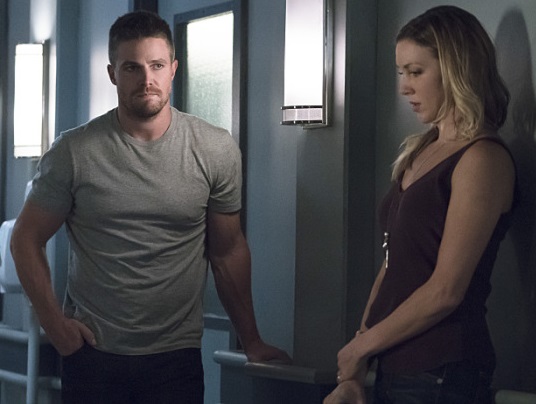 * Oliver and Laurel have a much overdue and heated conversation about all the secret-keeping they’ve both done and the state of their friendship.

* Earlier this month, executive producer Wendy Mericle hinted at an unlikely partnership between Diggle and Lance. “We will have some cool things where Dig and Lance find themselves on the other side of Oliver, going on independent missions,” she teased. This week, viewers will get the first taste of that.

* Naturally, finding and helping Sara is the first priority, so romance takes a backseat in the episode. But Oliver and Felicity do have a nice talk about the people they’ve lost. 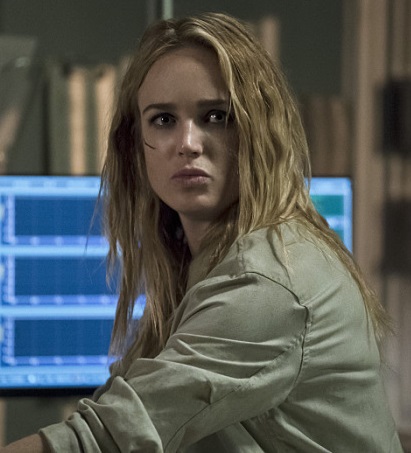 * Do not mess with post-Lazarus Pit Sara. Seriously. Just stay away. Especially if you’re Thea.

* For a Bad Man, Damien Darhk sure does provide a lot of helpful answers.

* Those flashbacks that my colleague Matt Mitovich is not a fan of actually feel significant and have purpose this week!

* There is so much action in the episode that about halfway through, I realized I’d forgotten all about Parker Young (Suburgatory), who’s introduced as a political strategist toward the beginning of the hour. “Wow, that feels like ages ago,” I thought. (He eventually popped back up to remind me Ryan Shay is still good looking.)

* Did you know the new lair has a P.A. system? (Oliver is so regretting it.) We’ll also get a peek at the suh-weet garage.

Excited about the Arrow-Constantine mashup? Hit the comments!