It’s a good thing Switched at Birth has been renewed for a fifth season, because we’re sure you have a lot of questions after Monday’s big finale.

TVLine spoke with Switched creator Lizzy Weiss for the inside story on the game-changing hour, as well as what Season 5 holds for the Kennish-Vasquez squad — but first, a quick recap:

Despite Regina’s best efforts, Eric went rogue and took off with Will, nearly leading to a shootout at the family compound; Toby and Lily’s baby (Carlton!) was born; Kathryn flirted with disaster (and Craig); Bay’s first “official” art show ended with an apology from Emmett, as well as a kiss from Travis; and Daphne decided to go to China, even though she was booted from the program, after Mingo told her they should take some time to think about their relationship.

And just when you thought you’d seen it all, the show jumped 10 months into the future, where Daphne and Bay’s apparent new life in China — Bay’s working as a tattoo artist, while Daphne spends her days at a clinic — was cut short by some shocking news from home.

TVLINE | So… I was not expecting to get a 10-month time jump.
We just really wanted to add a cliffhanger so that, if we were lucky enough to come back, we’d have something to jump off of. And it felt natural to jump them a little bit, to take them into their futures.

TVLINE | Is it safe to assume Daphne didn’t go back to school?
[Laughs] All will be revealed. There’s a lot of stuff that we’re talking about, and whenever we’re back on, you’ll get your answers.

TVLINE | Fair enough. When the girls do return home, though, will things be different than they/we remember?
We do, with time, want to shift some things around. We might even jump a little more, we’ll see. We need to talk through everything and figure out the best way to go, but we have some thoughts we’re playing with.

TVLINE | There was no mention of Mingo in China. What went into the decision to break them up, at least for now?
That was a very controversial decision in the writers’ room, I can tell you. A lot of the writers felt there should be consequences for Daphne having this emotional affair-type relationship with another guy. It was a lesson that she should learn, and I think we wanted the flexibility to think about what we really wanted to do with Daphne moving forward. We love Adam [Hagenbuch]; he’s a character that started off as someone you thought was flimsy, but he really grew into someone the fans really love. I’m happy with the way they ended things.

TVLINE | In happier news, I love Toby and Lily’s baby’s name.
I’m so excited by the name, and I hope fans will be, too. We went through a million names, and I was so nervous because I wanted it to be perfect. When that came up, I was just like, ‘That’s the most perfect, beautiful name.’ Not only is that where they met, but it’s so specific and unique to our show. Only on Switched at Birth does that name have meaning, and I love when the girls say “Carlton now, Carlton forever.”

TVLINE | As for Bay and Emmett, is that the end? He seemed to set her free, so to speak, to be with Travis.
There are a lot of vocal “Bemmett” fans, but there are also a lot of equally vocal fans who think their time has passed, and that maybe Bay and Travis would make an amazing couple. … You’re right that Emmett set her free for now. And what was really important for that moment, for me, was that Emmett basically apologizes for not standing by her with the Tank episode. He’s just a kid himself, and he had his own set of issues and feelings when that happened with Tank. With some distance, he now realizes how Bay felt about him not standing by her. I love that scene for the moment when he says, “Here are all of the things you’ve gone through this year, and you’re still standing and doing great.” It’s a testament to their relationship in the long run.

TVLINE | I have to say, I was weirdly excited to see Craig return.
Kathryn has really been very supportive, and we just felt like she needed a freakout, too. She was owed a freakout about losing the carwash and having money problems and becoming a grandmother so soon. We thought it would be fun to see her panic. In everybody’s marriage, there are bumps … and hopefully you push past them. Craig was just a fun way to get her into a fancy dress and to enjoy a nice moment, instead of being so stand-by-your-man.

TVLINE | Don’t hate me, but I’m not the biggest John fan right now.
Oh, that’s OK. John is John. You love him when he does the right thing — but he doesn’t always do the right thing. He’s fun to write for because he changes and grows, but the essence of him is always John Kennish.

Switched fans, your take on Monday’s finale? Hopes for Season 5? Grade the episode, then drop a comment with your thoughts below. 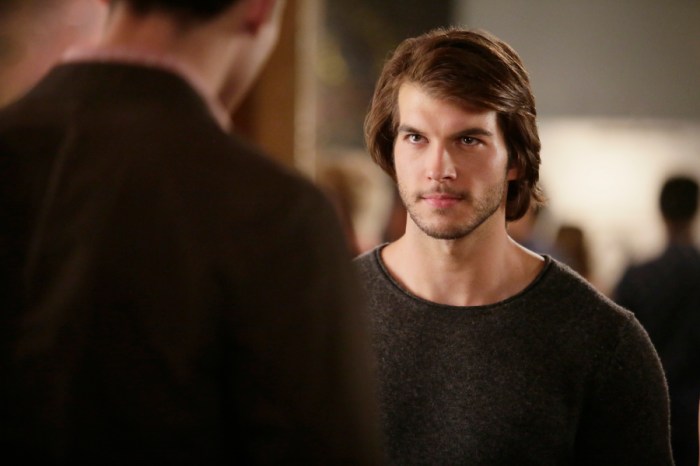