We’ve got questions, and you’ve (maybe) got answers! With another week of TV gone by, we’re lobbing queries left and right about shows including The Walking Dead, Jane the Virgin, Nashville and Scandal!

1 | Did the lack of promotion for the return of Satisfaction feel like USA Network was wishing we’d forget they renewed the show?

2 | How big of fans of “Robert R.J. Roberts” could Jessie’s Ravi and Emma be if they didn’t know A) his Tournament of Scepters adaptation was filming so soon and B) their own parents were producing it?

3 | Why, why, why does Saturday Night Live keep bringing back Kenan Thompson’s violently unfunny Willie on Weekend Update? And under the heading of “Changes We’d like to See,” why has Beck Bennett been so underutilized this season? 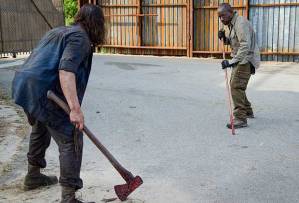 4 | Walking Dead-heads: At what point did you throw up your hands and say, “I can’t even with Morgan’s ‘So what if the Wolves are slaughtering us, let’s let them live!’ crap”?

5 | Did any Leftovers viewers ever imagine that Meg could become as scary a villainess as Patti? Da-amn! Also, anyone else want to talk about this week’s full-frontal male nudity? No one? OK, as you were.

6 | How do the most stalwart Good Wife fans handle significant NFL delays — by recording CSI: Cyber as well (and hoping your DVR doesn’t judge), or by manually adjusting the end time?

7 | We love Homeland‘s “Crazy Carrie” episodes as much as anyone, but did this week’s bipolar relapse feel a bit contrived? Given all of the enemies Carrie has made over the years, what made her think going off her meds and staring at a bunch of photos would yield a smoking gun? 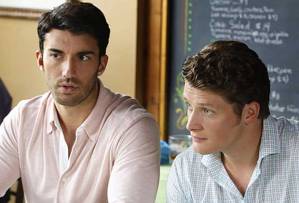 you know, bad about yourself?

9 | After this week’s Jane the Virgin, do you wish Jane could date both Michael and Rafael?

10 | Shouldn’t somebody on Scorpion have acknowledged the obvious parallels between the Case of the Week and the movie Argo?

11 | In the name of fixing an otherwise terrific Castle episode: What’s another way Rick could have forced “The Nose” out of her home, instead of [wince] farting?

12 | Why did Mindy Project‘s Danny, the most cynical of all that show’s characters, blindly accept that that teenager was his son? Also, he had the car cleaned before giving it to the kid, right?

13 | Was it jarring to see The Flash’s Iris go right from fielding the emotional bombshell that her mom is alive to battling John Diggle in a Guitar Hero commercial?

14 | Why aren’t any of the Kappas on Scream Queens unmasking the Red Devil on the multiple occasions that they get him incapacitated? 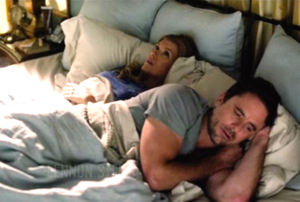 15 | Did this Nashville scene immediately make you think — as some TVLine readers did — of an ED medication ad?

16 | How did Arrow‘s Double Down — sans the use of any hidden elevator — follow Felicity and Curtis down to the (secret) basement lair so quickly? Also, as TVLine reader briggslianyublog pointed out: Wouldn’t Malcolm resurrecting Sara put Thea’s life in jeopardy, since his daughter is the one who killed her?

17 | What happened to Empire‘s Scheming Rhonda — and how can we get her back? Also, raise your hand if you’re pretty sure Adam Busch’s Chase One didn’t shower, change his clothes or comb his hair from the time we met him photographing Jamal through his infamous “brushwork” on Michael. And mild ratings erosion aside, are you pleasantly surprised that the show has, at least thus far, managed to avoid any hint of a sophomore creative slump?

18 | Um, did we miss a previous Modern Family episode where Claire became utterly incompetent and unlikable at her job? 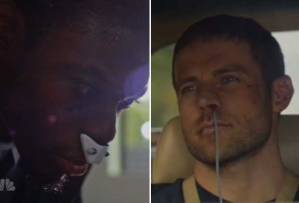 19 | What’s with everyone having objects shoved up their noses, Heroes Reborn?

20 | How perfect a storm of Grey’s Anatomy improbabilities — Penny didn’t research the Grey Sloan hospital board? Callie didn’t mention whose house they were going to? — had to happen for Meredith to get blindsided by the unexpected guest? And considering all of the patients the Grey Sloan docs have “killed” over 12 seasons, isn’t it a tad preposterous that not one of them jumped up to console Penny after Meredith and Amelia’s ugly, immature, over-the-top evisceration? Lastly, time check: Didn’t Derek die nearly two years ago?

21 | Sleepy Hollow‘s Ichabod as comic relief: too much this season, or just right?

22 | Predictions as to where Scandal‘s newly unemployed Lizzy Bear will land? Will she round out Liv’s revamped Gladiator squad?

23 | Of all the cockamamie theories kicked around on How to Get Away With Murder, was Frank’s “screwin’?” — in response to Annalise saying she caught Nate and Wes together — the flat-out funniest? Also, can we get the number for Connor’s hairstylist? (That coif was on fleek!) 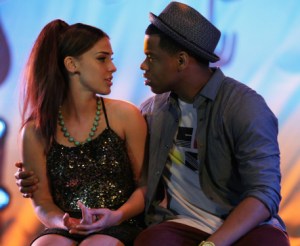 24 | Should we really be that surprised to see 90210‘s “Dixon” in an Adele video? He has always had a thing for singers.

25 | Which new fall series have you already booted from your DVR?

Hit the comments with your answers — and any other questions you care to throw out!