Two things about Patty Spivot quickly became clear during her first appearance on The CW’s The Flash: She does not like metahumans, and she very much does like one Barry Allen.

TVLINE | Now, I only saw the first episode of The Messengers (pictured below), but I have to assume that The Flash is decidedly lighter fare.
Yes, it definitely is. [Laughs] It’s quite different. There’s not as much blood and such, and definitely not as many threats of world destruction.

TVLINE | I suppose the good thing about this being your fourth CW series (including a Beauty and the Beast arc) is it makes it easy for your family to find you on TV. They know which channel it is.
It is! And those shows create such loyal fan bases. I can’t tell you how many fans have told me they watched One Tree Hill, then they watch The Messengers, and they’ve always watched The Flash…..To have fans that see you play a multitude of different characters, I feel very fortunate. 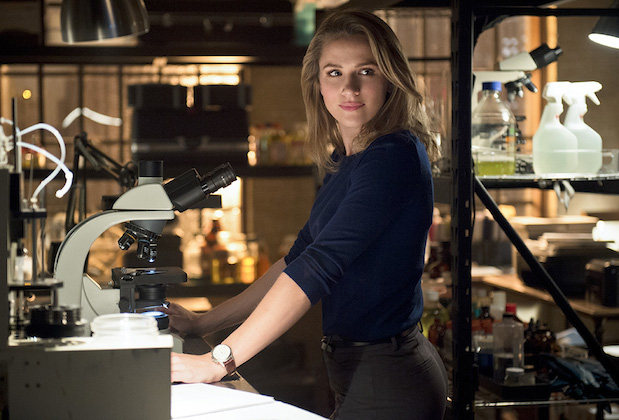 most about Patty thus far?
I love that they write her as a strong, determined woman, but that she is quirky and awkward and funny — to some people. [Laughs] She’s this perfect balance of a cop with a gun who tells nerdy jokes and can hold her own in a science conversation, and that’s really fun for me.

TVLINE | You wore the uniform pretty well in your debut, with good posture and that “stance.” Have you ever played a cop before?
I haven’t. For Gang Related, playing the assistant district attorney, I spent two weeks with some of the police force here in L.A. — I did ride-alongs and I practiced shooting, because my father [on the show, played by Terry O’Quinn] was the head of the Gang Task Force, so I would have known all that stuff. But also, the minute you put the 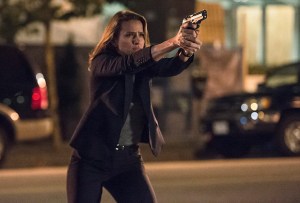 whole outfit on it comes naturally. You don’t have a whole lot of places to put your hands, wearing the giant belt with the flashlight, a gun, you have cuffs, you have a badge….

TVLINE | We saw how Joe begrudgingly allowed Patty onto the Metahuman Task Force. How will their dynamic evolve?
Joe is one you have to slowly win over, and with Patty’s sensibility and humor, he “finds her interesting” is the best way to say it. As we’ve seen in her debut episode and going forward, her determination and her will in fighting metahumans — for her, one in particular [Mark Mardon aka Weather Wizard] — starts to win him over. It’s difficult, though, because everybody has secrets — Joe especially, working with The Flash and S.T.A.R. Labs. That kind of plays into it all as well, because Patty wants trust and communication, to be treated as an equal partner.

TVLINE | Because they spend so much time together, does Patty get wind of the fact that Joe’s ex-wife, Francine, is back in town?
Of course, she’s going to sense that things are off — and Patty isn’t one who shies away from prying. I also think that Joe’s a very guarded person, 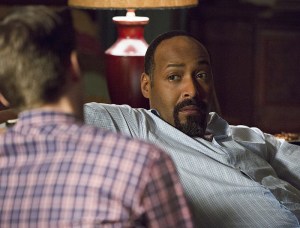 so it’s going to take some time to get him to open him up, whereas with Barry and her, they kind of just hit it off. She and Barry have that same humor and kindred spirit, their love for science and the will to protect their city, so they connect on a lot of different levels.

TVLINE | How will Patty and Barry grow closer moving forward?
Well, we have a really, really fun date episode coming up [on Nov. 3], that Grant [Gustin] and I have both seen parts of. It’s really light-hearted and fun, their relationship. Most women, if you ask, will say they want “a man who makes them laugh,” and that was the first way they really connected after she totally geeked out on him and his forensics reports. They connect through telling the same jokes and understanding each other, so moving forward there’s a lot of that — a lot of nerdiness, a lot of scientific conversations. But she and Barry also work alongside each other on crime scenes, so solving things together will bring them closer, too.

TVLINE | Would you rather she stay in the dark about his secret identity?
I struggle with this one…. There hasn’t been an episode yet where Patty knows, and I keep wondering which way it’s going to go, if she ever will find out. I would want Patty to be OK with it [if she found out], because they can then work together, and after all they want the same things. But I think any human might feel betrayed with not knowing somebody fully, after you’ve been dating them for a while. So I dont know…. I hope that Patty takes it in a good way and wants to be a part of the [Flash] team, too — for my own and for Patty reasons.

TVLINE | What sort of 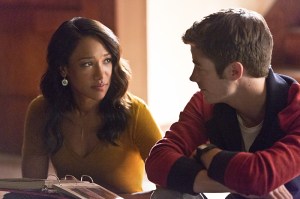 relationship will Patty have with Iris? How do they get along?
It’s not like the comic books, which I really love, because I dont think it’s necessarily interesting to watch two women be catty to each other. I love that they just have an understanding relationship, where Patty knows that Barry was raised by Joe and with Iris, and she respects that, that they’re a “family unit” — even though it’s a little more complicated than that. [Laughs] I don’t think Patty knows that part, at all.

TVLINE | Could Patty’s anti-metahuman agenda ultimately drive her to go too far, if pressed?
That’s going to be another interesting question this season — if she is faced with Mark Mardon, what would she do? That has played over and over in my head. You worked your whole life to have justice for someone killing your father for a couple hundred dollars, so what would you do if they were right in front of you and you had the power and opportunity to kill him?  I don’t know what I want Patty to do, but I know it will be really interesting when they write it. I just want her to find a place of peace — and maybe she can have that without ever having to take down Mark Mardon. Who knows!