THE PERFORMANCE | It’s a good thing Hayley’s werewolf curse has been lifted on The Originals, because it would be a crime to keep Phoebe Tonkin off our screens for another minute.

Thursday’s hotly anticipated Hayley/Klaus reunion — the two hadn’t seen each other since he orchestrated that curse on her entire pack — was guaranteed to be electric, but Tonkin’s ferocious portrayal of a hybrid-mother scorned officially upgraded the encounter to a full-on lightning storm.

Emotionally, this episode ran Tonkin through the gamut, and she crushed every challenge that came her way: Hayley’s rage during that must-replay battle against Klaus, her pain when she first laid eyes on Hope (walking!) and, ultimately, her sense of tentative joy with Jackson.

Tonkin has already delivered her share of standout moments throughout The Originals‘ 46-episode run — we still get all misty-eyed thinking about that Season 1 finale speech when she decides to give up Hope — but her level of commitment and the sheer scope of her performance in Thursday’s episode certainly raised the bar for her moving forward. We look forward to what’s next. 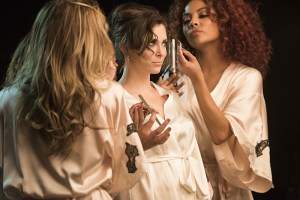 HONORABLE MENTION | We’d gladly spend two hours (four in traffic) singing the praises of Crazy Ex-Girlfriend‘s co-creator and star Rachel Bloom. We’re still not 100 percent sure how she made the overdramatic Rebecca Bunch — who ditched New York City and a legal partnership for West Covina, Calif., and the slim chance of reuniting with her teen love — such a likable presence. Maybe it was the screwball sense of purpose she brought to the role. Or maybe it was Bloom’s amazing vocal ability, showcased in an ode to her new town and the insanely catchy/slightly horrifying “Sexy Getting Ready Song” during the premiere of The CW’s new comedy. Rebecca may be sorta nutty, but we’re the ones crazy about Bloom’s breakout performance. 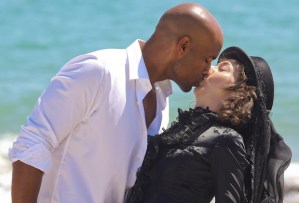 HONORABLE MENTION | Will Forte might serve as the eponymous Last Man on Earth, but it was Kristen Schaal who stole the show in Sunday’s “Dead Man Walking.” After two episodes that showcased how Carol had rubbed off on Phil and made him a better man, the October 11 installment showed how Phil had rubbed off on Carol, and made her a more comfortable liar, as she dug deeper into the idea that Phil was already dead. Whether she was recreating the blood-curdling screams of Phil falling to his death at the Grand Canyon, or objecting to Phil 2.0’s advances during her “mourning period” by throwing her veil back over her face and claiming she had forgotten to use sunscreen, Carol went all in on her not-so-little white lie. In the process, Schaal reminded us what a comedy tour-de-force she is.