Two weeks after Chasing Life‘s cancellation — as well as April’s decision to give up the fight and live out her remaining days away from her family — TVLine has some good (and bad) news for fans of the ABC Family drama.

First, the not-so-good news: Executive producer Patrick Sean Smith confirms exclusively to TVLine that all options for a potential return have been exhausted.

“Our hope, knowing that we might not get a full third season, was that we might get the opportunity to wrap everything up in a two-hour movie or in a couple of episodes — but the network decided not to do that,” Smith tells TVLine. “As far as trying to take the show elsewhere, I don’t think that would have made a lot of sense.”

Now, for the good news: In the interest of providing closure for fans, Smith agreed to reveal what the future might have held for April, her family and friends — including whether or not she would stick with her plan to die in Italy. So take a deep breath, then read on for all the details:

TVLINE | Were you planning any sort of time jump after April’s decision in the finale?
It wouldn’t have been a huge time jump. We always knew that someone would come to Italy and talk some sense into April, and we always felt that would be Sara. She’d have the biggest impact on April. But we were also imagining the possibility of a Leo dream that would inspire her to pick up that sword again and get back into the battle. Either way, she would get back to Boston and go through with the transplant. We’d probably have to do a time jump from that, and we would see that it’s successful.

TVLINE | So she would live? I know in the original format, she beats cancer, but then gets hit by a bus or something.
[Laughs] Yeah, she was in a car accident or something. We were never beholden to the original. We always were able to pick and choose the elements we wanted to keep in our version. I had creative partners in this process [including fellow EP Joni Lefkowitz], and I don’t know if we were really all on the same page about how the series would end, but I think it probably wouldn’t have gone like that. I don’t think we knew whether it would end with her living or dying, but we all knew she would die — whether that’s in a year or in 50 years. We’re all going to die, so we should push ourselves to live like that, and that’s what we really wanted to say with the series.

TVLINE | Let’s talk about April and Dominic. Would they have gotten back together?
If we had a third season, we would have explored more of the complexities of the obstacles of their relationship. We were all interested in the idea that cancer was their undoing, and that they weren’t meant to be otherwise. So at the end of the day, they’d stay very close to one another, but more as friends. That seemed more interesting to us than them riding off together in the sunset, which didn’t seem realistic. It would still be an incredible, profound relationship, but one that doesn’t have to be about who gets together at the end. He would always be there for her.

TVLINE | We also would have seen April’s book come out, I imagine?
Yes, we had definitely imagined that, after the time jump following April’s transplant, we’d get to see the book released and out on shelves — and the good and bad that would come with that. 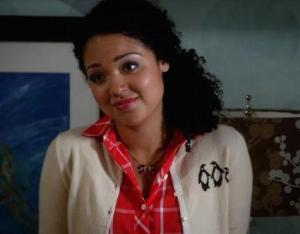 TVLINE | And what about Beth? I feel like she decided to keep the baby, but I could be wrong.
I was very, personally, excited about that story. We knew she would have the baby and would end up giving it up for adoption. My husband and I adopted — we have a wonderful two-and-a-half-year-old son — and had the most amazing experience with his birth mom. I learned so much from that which I hadn’t really seen on television before. That journey for Beth seemed really interesting; April would still be there to support her as her body is changing in the way that Beth had always been there for April. But in the end, she’d find a worthy couple and give the baby up.

TVLINE | Do you know if it would have been an open or closed adoption?
In my experience with our son, open adoption all the way. My husband and I still have a great relationship with our son’s birth mom, two-and-a-half years later. I think there’s something interesting in that ongoing relationship between birth mom and adoptive parents over time.

TVLINE | Moving on to Brenna, was that the end of her story with Finn? And what about Greer?
No, it was very much something that was going to drive a lot of Brenna’s story in Season 3. She’d find herself in this triangle, which she’s not any stranger to, though it would be much more complicated this time. She has this deep, profound connection with Finn — given the circumstances of the transplant — but things with Greer are just easier. Of course, if Greer was chosen, she’d have to deal with the guilt of coming in and stealing the girlfriend of a guy who may or may not be dying. Brenna and Finn were already sort of a couple interrupted because of his illness, and that would continue to grow with the return of Greer. 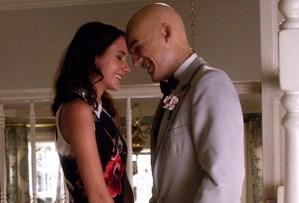 TVLINE | How would the realization that Brenna was Finn’s donor change their dynamic?
I think it would bond them even more. In our research, and we alluded to it often throughout the season, there are a lot of physical properties that change in a recipient, given the donor. We mention that he used to love cilantro, but now it tastes like soap, and Brenna was like, “It always tasted like soap.” It’s true to life that some of those characteristics change because of the transplant. A part of her will always be with him, and vice versa.

TVLINE | What about poor George? Would he be behind bars in Season 3?
In my mind, [his legal situation] was going to bring him back to the show even more. He would become involved in the investigation, but ultimately would be exonerated in any sort of criminal prosecution. He would lose his license, though, so we’d see him go through that identity crisis. He’d also lose his job in San Francisco, which would lead him back to Boston.

TVLINE | …And back to Sara?
Absolutely, and I think we hinted at that at the end of the finale. We’d see their relationship restart and continue on a much less hindered path.

TVLINE | What about Natalie? Would she finally find someone to put her first?
I think we would see her end up happily. We talked about her leaving for a couple of episodes, then coming back having found a wonderful new relationship. I was glad that we were able to arc out her character before we were canceled. Jessica [Meraz] really grew over the two seasons. She went from the mysterious girl standing by the grave in the pilot to someone making more mature decisions than any of the adults in the room with her. I was proud to see her take that journey.

TVLINE | Lastly, do you have any regrets about killing off Leo?
Absolutely not. I wouldn’t change that for a second. It gave us a deeper place to go with April. It might not have been what everybody wanted, but that’s real life.

Chasing Life fans, your thoughts on what Season 3 could have been? Drop ’em in a comment below, along with your feelings about the series’ untimely end.