If you worried that Jane the Virgin‘s babynapping would cast a dark shadow over the Season 2 premiere, fret not — baby Mateo is reunited with his family 12 minutes in (sans commercials).

Sin Rosetro calls Michael to set up an exchange: the child for her dragonfly brooch, which was logged as evidence. Michael has no qualms about this off-the-books deal, even though he’s giving up the chip inside the brooch with all the faces Sin Rosetro has changed, as long as it means getting Mateo back safely. (On top of it all, he even warns his ex-partner/Sin Rosetro underling Nadine to toss her phone, on which he planted a tracker.)

Despite having just given birth, Jane insists on going with Michael and Rafael to track down the brooch, which Luisa took and placed in a box. Small problem: Luisa’s new girlfriend, Juice, tossed it and the rest of the box into the pool, thinking Luisa was still hung up on her ex, Rose. Michael and Rafael dive in to find the piece of jewelry, while Jane waddles (in a great bit of physical comedy from Gina Rodriguez) and discovers it in a drain.

With that, Rose gets her brooch back, while Jane and Rafael are reunited with their son. “And they all lived happily ever after,” the narrator says. “Well, except for Jane. And Rafael and Michael. And things are really screwed up with Luisa. And Xo and Ro. And don’t even get me started on Petra. Anyway, let’s just enjoy this moment, because it won’t last.”

For starters, Jane is still so scared and overwhelmed after the kidnapping that she worries herself into exhaustion when Mateo’s weight is down seven ounces and he won’t stop feeding. Even another lactation class — “Pick up the baby and when he opens wide, I’m going to stuff your breast into his mouth like a hamburger,” the teacher instructs — won’t help, sending Jane into a tizzy. She’s convinced that her trauma is getting in the way of her milk flow, and yet she refuses to give Mateo a bottle.

“What happened was my fault,” Jane cries to Xo. “My maternal instincts, where were they?! I just gave him to the nurse! …I just want to do this one good thing.” 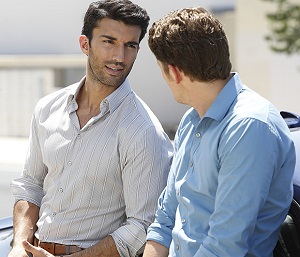 After getting some advice from Michael (who’s a mensch) about how to assert himself among the Villanueva women, Rafael comes in with the save: Mateo is clusterfeeding, which means Jane’s milk is about to come in. The ladies rejoice, but the trouble isn’t over yet. There’s still an over-eager mob of fans and lookie-loos outside the house, hoping to catch a glimpse of the infamous pregnant virgin, who’s now trending on Twitter. (Thanks for retweeting that Amber Alert, Rogelio.) Jane storms outside and tells her former boss Sister Margaret that she’s not actually a virgin. Then a true miracle happens: Jane starts leaking milk, hallelujah!

Jane thanks Michael for everything and informs him that Rafael’s going to stay over for a couple weeks — “but like, just as the baby’s father,” she adds. “That was weird. I even don’t know why I’m telling you that.” Things get weirder (and hotter) when she walks into her bedroom and a shirtless Rafael is cradling Mateo, hoping to bond through skin-to-skin contact. The Michael-vs.-Rafael struggle is real.

Meanwhile, with all the baby drama finally over, Xo shows Jane and Alba the video from her drunken Vegas wedding to Rogelio. They, appropriately, can’t stop laughing. 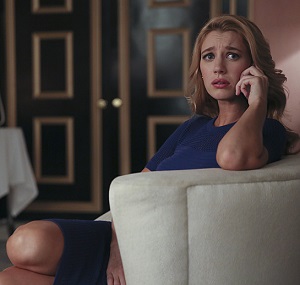 As for Rafael’s other kidnapped child (of the potential variety), Petra gets drunk, reminiscences about when she and Rafael were expecting a baby boy of their own, makes a pros (Rafael) and cons (pregnant, baby, motherhood, maternity clothes, seem like a psychopath) list, and then finally makes a decision about what to do with Raf’s sperm sample. Hoping to help her brother with Petra, Luisa lies and tells her sister-in-law that she and Rafael still have a chance and that the baby should have been hers. And so Petra decides to make it so by inseminating herself with a turkey baster! And her assistant Scott knows all about the stolen sample!

But that’s not even the biggest twist. At the close of the hour, a mysterious woman (possibly Sin Rosetro?) looks at a photo of Jane and says in a foreign language, “Let’s go after her. Now.”

Jane the Virgin fans, what did you think of the Season 2 premiere? Grade it via the poll below, then hit the comments to back up your pick.