The NCIS: New Orleans team is seeing a lotta red — and Agent Pride and the other fellas are showing a lotta leg! — in these first photos from the CBS sophomore’s Tuesday, Oct. 27 episode, which incorporates the city’s annual Red Dress Run.

In the episode “Insane in the Membrane,” the NCIS team’s participation in New Orleans’ annual Red Dress Run — a 27-year-old tradition/charity fundraiser sponsored by the Hash House Harriers, in which thousands don the mandatory garb and get to hoofing it — is cut short when a Petty Officer is found dead in the French Quarter from a drug overdose.

The Red Dress Run is held every August, and not only must you dress accordingly to go anywhere near the festivities, it is considered a faux pas to wear the same dress as a previous year. Prior to NCIS: New Orleans‘ series launch last year, cast member Zoe McLellan (who plays Brody) kicked off the run.

In addition to the above posted shot, here’s a still from the episode, featuring McLellan, Scott Bakula, Lucas Black, CCH Pounder, Rob Kerkovich, Shalita Grant and others. (Click to zoom.) 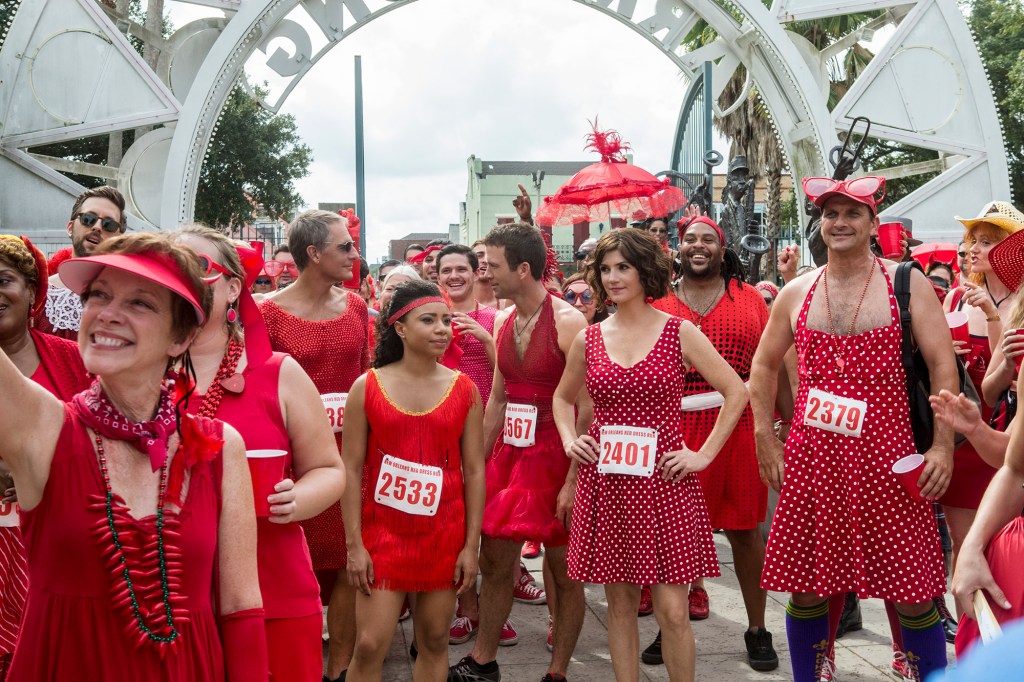